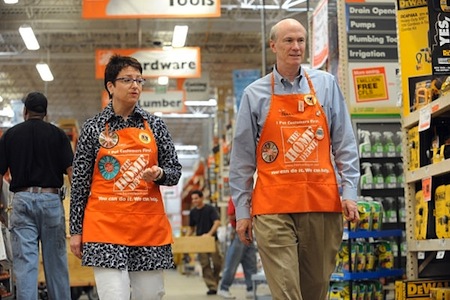 Although I've never come across a study measuring CEOs' success against their level of humility, I'd wager that there's a strong positive correlation between the two. And so, I'd wager that what this recent Wall Street Journal article points to is true: that braggart CEOs with big egos do not perform as well, nor do their staffs perform as well, as CEOs who've been schooled in the fine art of humility, and that, as a result, boards of companies are beginning to hire accordingly.

Among executives, humility "is the flavor du jour," says Fred Hassan, a former CEO of Schering-Plough Corp. and author of a book on leadership. Companies increasingly prize humble leaders because they listen well, admit mistakes and share the limelight, recruiters and coaches say.

And collaboration, it's commonly thought, leads to a more engaged, more innovative, and more successful workforce.

Also, it's not just at the top of the organization chart that humility is prized. Even at the lower levels, or at no level at all, it's important to have some working knowledge of humility.

Consider the job candidate who says, “I work too hard” when asked to describe their shortcomings. Researchers found that opening up about real weaknesses “leads to a better likelihood of getting a job,” she says.

That said, there's a time and a place, especially during an interview, when one needs to speak about one's accomplishments and strengths, and be strong. But it's an excellent point made above: Don't answer that ubiquitous weakness interview question insincerely. Be honest about a weakness, while adding that you're working on improving in said area.

Further, as the Journal points out, being strong doesn't necessarily mean bragging or not listening to others. Leaders, says an executive coach, "need to have a strong ego, but [they] can't have a big ego." As for the difference between the two, one psychologist says, "A person with a strong ego is aware of personal strengths and limitations, is compassionate, [and] open to constructive criticism," while a person with a big ego "depends on others for validation and a sense of importance, needs frequent bolstering from external sources, [and] has low tolerance for criticism."

And in the C-suite, it's very important, even at the CEO level, to know your limitations. As I've heard over and over again in my adult life, it's much better to under promise and over deliver than to over promise and under deliver. This, I've found, works very well on the job (and in all kinds of relationships).

Here's an excellent example of this from a former big swinging chief of a big organization committed to improvement.

Frank Blake, a retired chairman and CEO of Home Depot Inc., says he stressed his limited retail-industry experience when directors of the do-it-yourself chain wanted to promote him to the top job in 2007. A General Electric Co. alumnus, he had worked at Home Depot for five years.

“I don’t think I am the right guy,” Mr. Blake recalls warning board members.

Mr. Blake [who, according to Fortune, had a "stellar run" as Home Depot chief] believes his scant retail know-how made it easier to be a humble leader of Home Depot. During his nearly eight-year command, he also favored colleagues with a similar style. “You were better off acknowledging what you needed to work on” than being boastful, he observes.

I should point out that "I don't think I'm the right guy" is not something you should use in an interview, unless you're in, or very near, the C-suite. But Blake's message that coming clean with your shortcomings, rather than lying about them, is one to be admired, and followed.

In any case, what do you think? Are humility and successful leadership compatible? Or do executives need to be chest beaters to lead? And what about the executive branch of the U.S. government (I can't help but think of the forthcoming presidential race with respect to this topic)? Can a commander-in-chief be successful and humble? Or is there no room in the White House for someone who admits their mistakes, shortcomings, and weaknesses?

Let us know in the comments below. 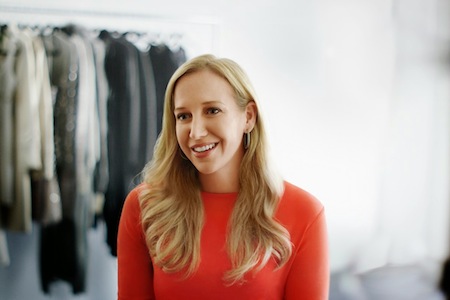 Career and Life Advice from Glamsquad CEO and Gilt Co-Founder