5 Reasons Why Obit Writing Is a Career Made in Heaven 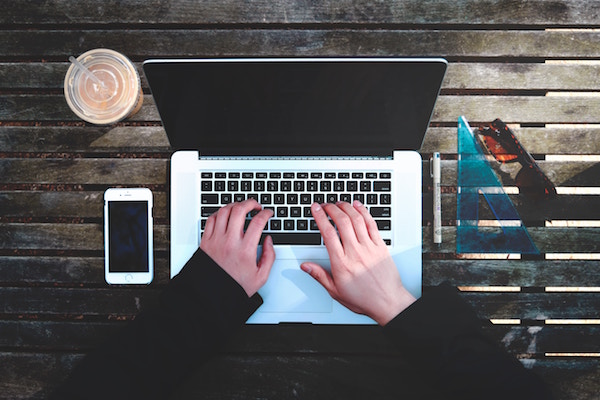 In my next life I hope to come back as an obituary writer. That’s no joke; I’m dead serious. After listening to this fascinating and not the least bit morbid podcast in which two experienced New York Times obit writers—Margalit Fox and Bruce Weber, both of whom also appear in the new documentary Obit—speak about their lives on the obit beat, I can’t think of a better profession. Here’s why.

Usually, after I say hello to my colleagues, it would be: ‘Okay, so who's dead?’ in some form. And one of the editors, who get in before the writers and have been scouring the wire service reports and the emails that have come in alerting us to various deaths and the Social Security rolls for possible subjects, they will already have met and decided who is going to be writing about which subject on that particular day.

So I might come in and say, ‘So what fresh hell do you have for me today?’ And there will be a folder with my fresh hell for the day at which point you start doing your research. And then by the middle of the afternoon, or earlier than that, you hope you're writing because, you know, the deadline … always says 6 o'clock. We can stretch it a little beyond that but not too much beyond that.

2. You get to learn about fascinating, important people who’ve changed the world on the obit beat. Then you get to immortalize them in print. Here’s Fox on one of the most memorable obituaries that she’s written in her 13-year career (she’s written more than 1,000 obits to date).

I think one of my favorite subjects was a Holocaust survivor who was a Hungarian named Los Lobuch. He survived Auschwitz, came to this country, Americanized his name to Leslie Buck, worked for a paper cup company. Well, one day back at mid-century, he realized that his clients were Greek coffee shop owners in New York.

So what did he do? He designed a paper cup with a Grecian theme with the Greek urn going down the side and the three little golden coffee cups and the words "We are happy to serve you." And that cup, which was known as the Anthora, became an emblem of New York City. It was copied. You could get the likeness of it on T-shirts.

It was in "Kojak" and "Law & Order" practically every week. And it was the cup that New Yorkers drank their takeout coffee from for generations. And it can be traced back to one man having an idea in 1950-something. And the Times liked the story so much, they put it on the front page.

3. At the outset, deadlines on the obit beat can be tight, and so job stress can be high, especially if someone famous dies suddenly. For example, when the Times writer David Carr died in the Times newsroom at 9 p.m., Weber says he “had a completed obituary at 11:59. It was the most frenetic two hours in my 30 years at the New York Times.” However, since many obits are now written in advance of people’s deaths, there are ways to work the obit beat and still maintain a low-stress lifestyle. Here’s Fox on her current arrangement of writing obits in advance.

This is primarily what I do after 13 happy but frenetic years in the trenches writing the kind of daily obit that we see Bruce and Paul Vitello do in the documentary. And that's what gives you gray hairs and high blood pressure. I very happily last summer made an arrangement with the paper to do only the kinds of obits that are written in advance.

So I still write every day but I'm not beholden to the ticking clock and the 6 o'clock deadline the way I was on daily for 13 years. So I have many fewer bylines but my blood pressure literally went down about 30 points.

4. You get to work and speak with powerful, important, world famous people on the obit beat. Which, at times, can present some challenges. Here’s Fox on how to navigate the tricky situation of having to speak to your subjects before your column runs.

There is no Emily Post for how you call someone up and say in effect, 'Hello, I'm a stranger. You don't know me but I'd like to ask you about some fairly revealing details of your life. And then when you die, because I know you will sooner or later, I'm going to put them where a million people can see them.'

5. There’s virtually no competition with colleagues. In fact, the culture on the obit beat is extremely collegial. Here’s Fox on that.

We're very lucky. We like to say obits is the jolliest section in the paper. It's a very amicable department. And there is never the worry about robbing from Peter to pay Paul in terms of one writer getting an assignment and the others not because there is always enough death to go around.

There is, however, a dark side to the obit beat. Despite all the pros of obituary writing, the profession is dying. Today, other than the Times and Washington Post, there are few papers and websites with full-time obit writers. Typically, it’s now the job of assignment reporters to write obituaries. So, for example, a paper’s music writer might write the obits for Bowie or Prince. Which in part is why, according to Fox, “a really poignant subtext to Vanessa Gould's marvelous documentary is that it's kind of a meta obituary for the art of obituary writing itself.”

And so, I, for one, hope that Obit (in which we see, according to RogerEbert.com, "the work of a group of newspaper professionals who show a commendable dedication to both facts and meaning. Which is no small virtue at a time when both seem under siege") will breathe some life back into this dying, heavenly art form.