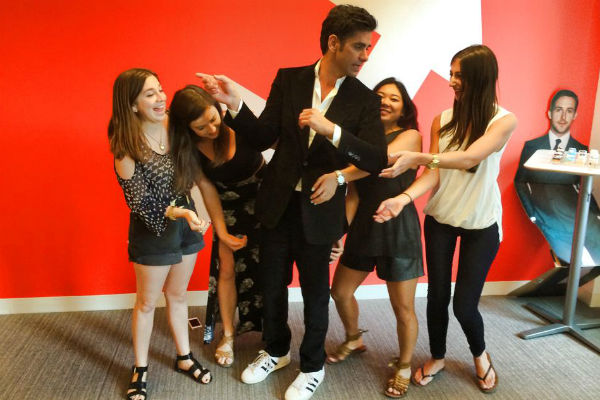 A Day In The Life of a BuzzFeed Employee

At this point, it's safe to say all of us have taken a quiz, read a ~listicle~, or watched a funny video on the viral sensation that is BuzzFeed. The site has grown from just a "cat site" to a media company covering from entertainment, politics, and investigative news to the cutest corgis you've literally ever seen (no, really). Posts on BuzzFeed reach over 200 million individual readers per month and videos on YouTube and Facebook are viewed over 2.2 billion times, with more than half of those views coming from people between the ages of 18 to 34. Other social media companies have taken note and started incorporating shorter, list-like posts and quizzes, incredibly similar to those BuzzFeed originally launched.

The company's founder Jonah Peretti started the site in November 2006 while still working at The Huffington Post, which he helped create with Ken Lerer and Arianna Huffington. His interest in viral content originated during an email exchange with a customer service rep from Nike in regard to a sneaker order he attempted to place with the word "sweatshop" on the side. You could say that after he forwarded the now-famous email chain to friends and they forwarded it to more friends, the rest became history.

Today, BuzzFeed employs over 1,200 people throughout its offices in seven countries. Among these employees is Elysia Mann, who is on the ad strategy team in their New York office. This is a snap look into her day. 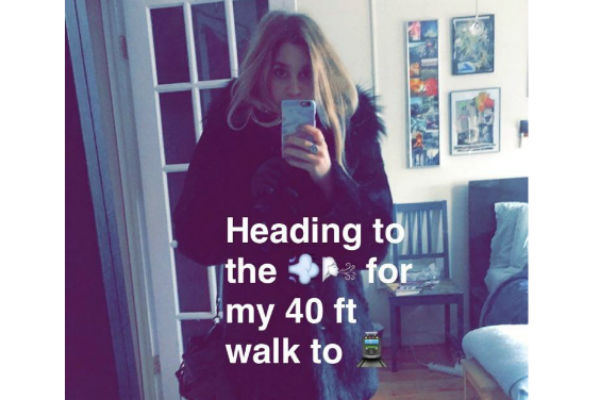 Kristina Rudic: Has working at BuzzFeed changed your personal style in any way?

Elysia Mann: I've luckily been able to maintain my personal style of comfortable "cool" (or what I think is cool!) since my office encourages a pretty casual wardrobe. Some days I dress up more than others but I never feel like I need to wear something I normally wouldn't.

KR: Are you wearing something with the BuzzFeed logo on it right now?

EM: Today, no, but I often carry a BuzzFeed branded bag and/or beanie...either with a weird animal on it or straight up block letter "BUZZFEED" across my forehead. Anytime I need to carry the seemingly excessive things I take to and from work, I use a BuzzFeed tote with a quippy headline on it; one of my favorites is "15 Text Messages You Wish You Hadn't Gotten From Your Dad." They get a lot of stares and questions on the subway; sometimes I respond. 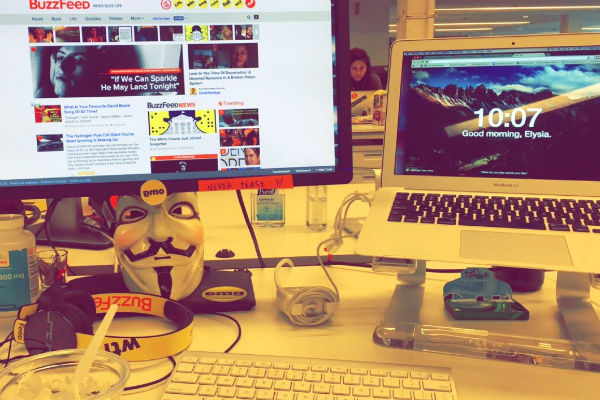 EM: We get our work done, no matter how long it takes. Sometimes it's less, sometimes it's more. It's a flexible schedule with the assumption that you'll be productive throughout the entire day. Some days, it's 8:45 to 7, some days I run out of there at 5:45, and some Saturdays I'm at home on my couch with my laptop.

KR: What's your first order of business when you get in? 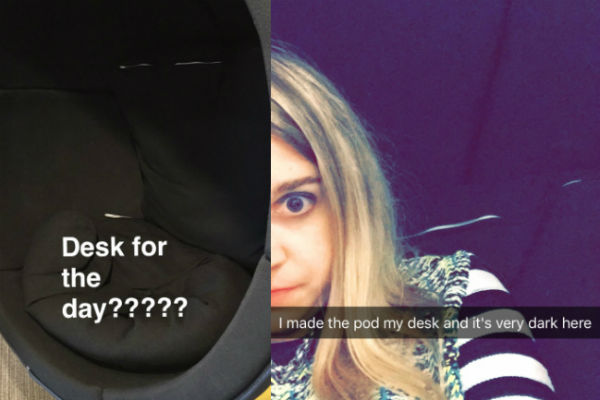 KR: Tell me about the office.

EM: Open. Loud. Collaborative. Buzzing. *laughs* People are often laughing and there's always random snacks around. We work really hard, move quickly, but keep the BuzzFeed attitude within everything. I tend to have a ton of meetings and days go quickly but most of the time, people are happy to be working. We can work from our desks, couches, standing desks (if you can find one that's open; they get snagged quickly), or these peaceful pod chairs!

KR: Do you know everyone in the NY office?

EM: Since we outgrew our space, the editorial team had to move to a different building. I know almost all the faces in my office but a lot less personally than I used to since we grew so quickly. When I started, there were around 200 employees and it felt like I knew every single one of them. The change is exciting but definitely a different vibe. 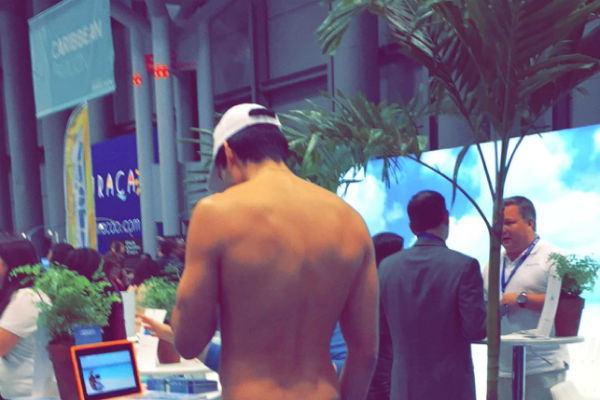 KR: What are some of the events that you go to because of your job?

EM: I went to the New York Times Travel Show as press with two coworkers to get a sense of the competitive space within the travel vertical. It was a fun afternoon of networking and inspiration for my next vacation, which hopefully is any day now. Sometimes BuzzFeed does co-branded events that all employees are invited to, my fave of which is called BF Brews Interview Series at a bar. The most recent one was with Seth Rogen, Joseph Gordon-Levitt, and Anthony Mackie promoting the premier of The Night Before. They were so fun and loved BuzzFeed. We love them too. Shoutout to JGL, I'm ready when you are -- sorry to your wife! 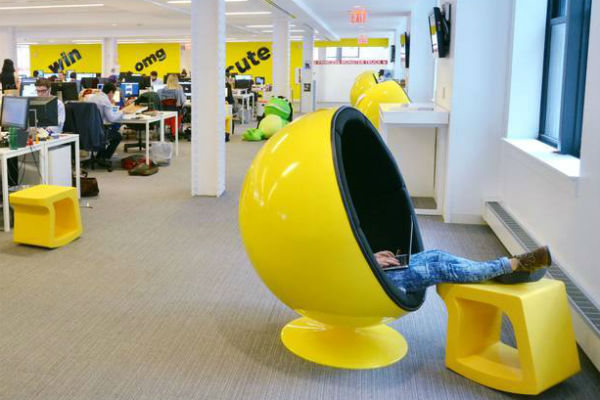 KR: Do you think there's a big difference between working for a "trendy" rather than a more "traditional" company?

EM: Culturally, yes. People working for a "trendy" company have an expectation of perks that people at a corporate office would never even think of. The pace of a start-up culture is incredibly fast and not right for everyone but if you thrive on it, it's a really exciting place to be. It seems as though larger, more traditional companies are taking a hint from the productive, young companies and adding in more balance to their employees' days. Personally, I love the craziness of BuzzFeed. 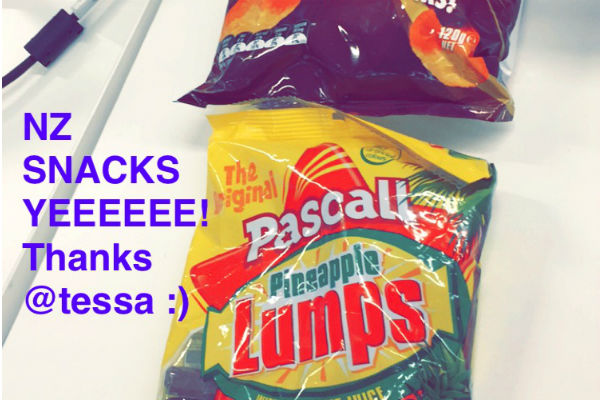 KR: What are some of the perks of working at BuzzFeed?

EM: Most of all, how excited everyone is about it. We have live music breaks every few weeks, birthday treats the first Monday of each month, unlimited seltzer, a froyo machine that people were a lot more excited about when we first got it, really fun celebrity visits, insane email threads full of gifs that use up your entire Gmail storage space, and enough BuzzFeed swag to sleep in for months. The lunches and snack room don't hurt but the enthusiasm is most evident when someone comes back smiling from vacation and is happy to be working. My coworker just came back from New Zealand and brought me a bunch of snacks. It's a pretty cool company like that. 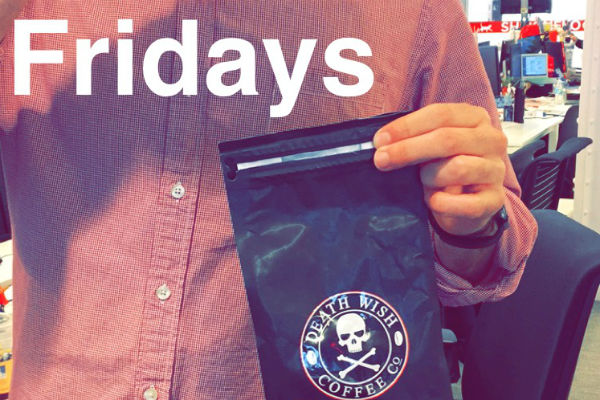 KR: What are your coworkers like and are you close?

EM: Super cool, hip, young. We support each other through the lowest, hardest, least caffeinated times of the day. We're all very close and even text each other on the weekends to hang out because five days a week isn't enough. It's always fun when you can work closely with a friend on a big project and still be successful. Remember that age when group projects with your friends werethe worst? Yeah, this isn't it. 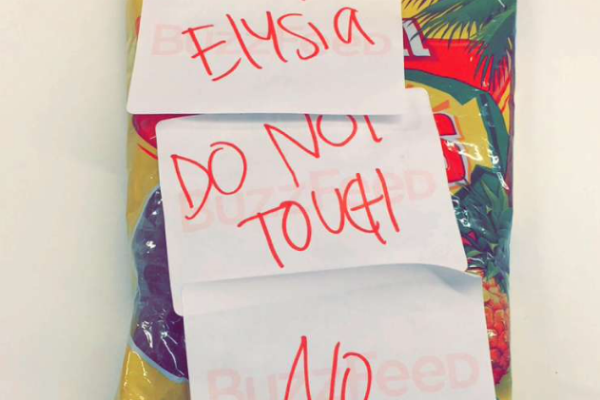 KR: What are the downfalls of working for a company that's growing so rapidly?

EM: Some of the fun things have to go in exchange for stability and profit. You recognize less and less people each day; turnover of employees for a smaller company increases which is disheartening. It becomes harder to get things done when priorities shift and transparency throughout the organization becomes limited. Also, there are so many people that now we have to label all of our food in the fridge so no one steals your snacks. 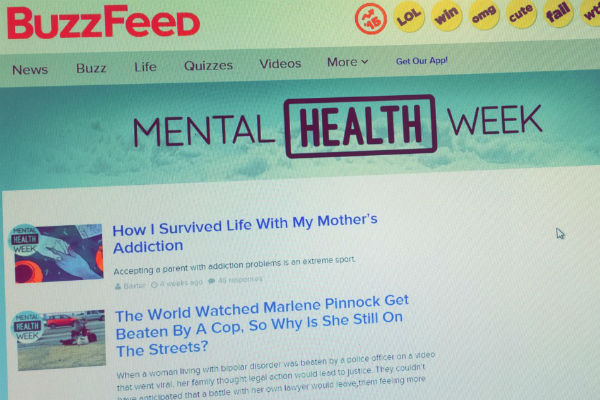 KR: Was there ever a post that made you think "wow, this is what BuzzFeed is all about"?

EM: There hasn't been one specific post, but Mental Health Week was so incredible in terms of impact on our readers and within the company too—we ran events all week so that employees could feel supported in this way as much as we support our community. 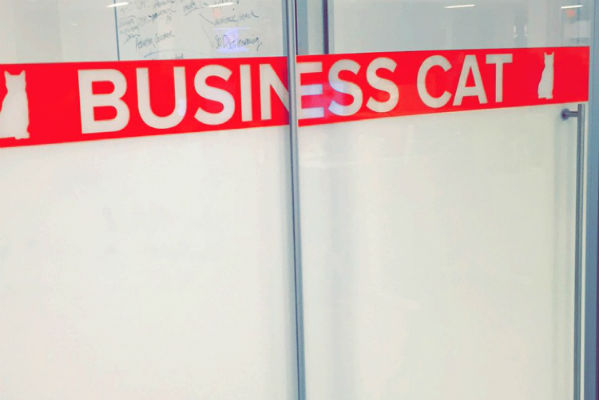 KR: What advice do you have for prospective job applicants?

EM: Most of all, be persistent. Find something or someone you think is awesome, tell them why you think that, and politely ask if they would be willing to give you 30 minutes over coffee so you can get their thoughts on your path and ideas for companies you might want to explore. Stay passionate about what you're doing and if you feel it fading, go a different direction. Go back to mentors from past jobs for ideas on next steps, that's why they are there!