Submit an Anonymous Internship Review
Sign In to Submit Your Review 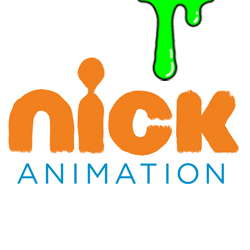 An internship at Nickelodeon Animation can launch you on an exciting, fun-filled career in children’s entertainment. Nickelodeon produces hits like SpongeBob SquarePants, The Loud House, All That, America’s Most Musical Family, and The Casagrandes. At Nickelodeon, they don’t have interns, they have “NICKterns”. A NICKternship is a true mentorship program where interns will get the chance to immerse themselves in meaningful projects and become a valuable part of the team. Nickelodeon Animation is a subsidiary of ViacomCBS, which reaches 700 million global subscribers through MTV, Paramount, Comedy Central, BET and other media networks.

In the Nickelodeon Animation NICKternship Program, interns will be working in a vibrant and inclusive environment alongside employees from diverse backgrounds. Through Campus to Career’s in-depth offerings, interns gain exposure across the business while making significant connections for their future and accessing exciting career opportunities. In addition to hands-on experience, the program includes networking, mentorship, resume workshops, speaker sessions, career development, movie screenings, visibility to top industry executives, and much more.

WORKSHOPS & CLASSES INCLUDE (BUT NOT LIMITED TO):

INTERNSHIPS ARE AVAILABLE IN THE FOLLOWING AREAS (CAN VARY BY SEMESTER):

- Internships are paid at a standard competitive hourly rate so proper work authorization is needed to be employed within the United States.
- Nickelodeon has 3 semesters: Spring (Feb - Apr/May), Summer (Jun - Aug), and Fall (Sept/Oct - Nov/Dec).
- Interns must be available for a minimum of 10 weeks.
- Internships are open to college juniors and seniors, and graduate students. Animation production and development internships accept recent graduates up to 2 years after graduation date.
- Upon acceptance, proof of class enrollment is required. If recently graduated, please reach out to internships@nick.com.
- College credit is not required, but appropriate documentation will be provided if needed.

Ideal candidates are those excited about children's media and storytelling at Nickelodeon! Artists and non-artists alike, aspiring writers, producers, TV executives… all who are looking to find their place in the world of Nickelodeon are welcome to apply!