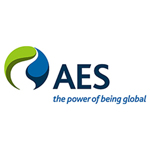 Too little recognition for performance.

The AES Corporation is a global leader, and with 29,000 employees in 29 countries, employees must be prepared to be a little fish in a big pond.

About The AES Corporation

The AES Corp. is a world power producer. The US-based company has about 110 generation facilities in nearly 15 countries throughout the Americas(North,Central,South), Asia, and Europe. AES sells electricity to utilities, industrial users, and intermediaries. The company also sells power directly to end-users, such as homes and businesses, mainly in Latin America and the US. Non regulated generates the biggest share of electricity, while regulated generate about 30%. The US supplies more than 30% of AES' revenue. Overall, AES provides power to about 2.5 million customers.

AES operates generation businesses across four continents and six utility companies. Its portfolio generates about 30,480 MW of power and its six utility businesses distribute power to about 2.5 million people. AES's two utilities in the US have generation capacity of nearly 4,100 MW.

AES' reportable segments are: the US and Utilities (United States, Puerto Rico, and El Salvador) SBU, which generates about 40% of revenue; the South America (Chile, Colombia, Argentina, and Brazil) SBU, about 30%; the MCAC (Mexico, Central America, and the Caribbean) SBU, about 20% of revenue; and the Eurasia (Europe and Asia) SBU, about 10% of revenue.

The US supplies more than 30% of AES' revenue, followed by Chile with about 20%. The other countries where AES has operations each provide around 10% or less of the company's revenue.

AES' generation business owns and operates power plants to generate and sell power to wholesale customers such as utilities, industrial users, and other intermediaries. Its utilities sell to end-user customers in the residential, commercial, industrial and governmental sectors.

AES's revenue has been fluctuating in a declining pattern. It decreased 10% between 2015 and 2019.

Revenue decreased $547 million, or 5%, in 2019 compared to 2018. Excluding the unfavorable FX impact of $133 million, primarily in South America, this decrease was driven by: $229 million in South America primarily driven by lower generation and prices in Argentina and lower contract sales and generation in Chile; $173 million in Eurasia primarily due to the sales of the Masinloc power plant in March 2018 and the Northern Ireland businesses in June 2019; and $172 million in US and Utilities primarily driven by the closure of generation facilities at DPL in the first half of 2018 and Shady Point in May 2019, and lower energy prices and sales due to higher temperatures and other favorable market conditions present in 2018 as compared to 2019 at Southland, partially offset by price increases due to the 2018 rate orders at IPL and DPL and an increase in energy pass-through costs in El Salvador.

Net income attributable to The AES Corporation decreased $900 million, or 75%, to $303 million in 2019, compared to $1,203 million in 2018. This decrease was primarily due to: Prior year gains on the sales of Masinloc, Eletropaulo (reflected within discontinued operations), CTNG and Electrica Santiago, net of tax; Current year long-lived asset impairments at Guacolda, Hawaii, Kilroot and Ballylumford, and other-than-temporary impairment at OPGC; and Current year loss on sale at Kilroot and Ballylumford.

AES is leading the energy transition by investing in sustainable growth and innovative solutions to deliver superior results. The Company is taking advantage of favorable trends in clean power generation, transmission and distribution, and LNG infrastructure.

Through its presence in key growth markets, AES is well-positioned to benefit from the global transition toward a more sustainable power generation mix. Its robust backlog of projects under construction or under signed PPAs continues to increase, driven by its focus on select markets where it can take advantage of its global scale and synergies with the Company's existing businesses. In 2019, AES signed long-term PPAs for 2.8 GW, representing 9% of our existing capacity, and it is on pace to sign 2 to 3 GW of new PPAs annually through 2022.

AES is enhancing some of its current contracts by extending existing PPAs and adding renewable energy. The Company calls this approach Green Blend and Extend. With this strategy, AES leverages its existing platforms, contracts and relationships to grow business, while meeting customers' energy needs on a reliable and sustainable basis.

The Company is facilitating access to reliable and affordable cleaner energy through its LNG import terminals, allowing the displacement of the use of heavy fuel oil and diesel. AES has two LNG regasification terminals in Central America and the Caribbean, with a total of 150 TBTU of LNG storage capacity. These terminals were built to supply not only the gas for co-located combined cycle plants, but also to meet the growing demand for natural gas in the region.