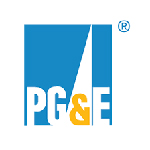 One of the largest and most admired natural gas and electric companies in the U.S.

PG&E is an admired, award-winning company, but its reputation was hurt by major missteps and nationally publicized lawsuits.

About Pacific Gas and Electric Company

Pacific Gas and Electric Company, one of the largest public utility providers in California, supplies electricity and natural gas to residential, commercial, industrial, and agricultural customers in northern and central California. It reaches 5.4 million electric customers via 107,000 miles of electric distribution lines and 4.5 million gas customers via 43,100 miles of gas distribution lines. The company sources its electric and natural gas supply from owned generation facilities (135 electric plants) and through third-party agreements. The utility, along with its parent PG&E Corporation, filed for Chapter 11 bankruptcy protection in January 2019 as it faced up to $30 billion in damage liabilities related to California wildfires in 2017 and 2018.

In January 2019, PG&E filed for Chapter 11 bankruptcy protection as it faces more than $30 billion in liabilities from damages related to massive wildfires that ravaged parts of California in 2017 and 2018. The wildfires killed dozens of people and destroyed thousands of homes. The future of the company is uncertain as it deals with these liability claims from victims, bankers, and insurance companies.

Electric Utility, the core business of the company, consists of 135 generation facilities in California with a net operating capacity of 7,700 MW. This business also includes some 85 electric transmission substations and 18,000 circuit miles of transmission lines as well as distribution assets including 107,000 miles of distribution lines, 50 transmission switching substations, and 770 substations. Almost 75% of the company's annual sales comes from its electric business, which delivers some 79,800 GWh of electricity each year.

Pacific Gas and Electric owns 160,000 acres of land in California, consisting of its 135 electric power generation facilities, three natural gas storage fields, and various transmission and distribution properties, including more than 150,000 miles of electric and natural gas distribution lines. It is headquartered in San Francisco.

Pacific Gas and Electric has seen revenue decline from $17.1 billion in 2017 to $16.7 billion in 2018 due to a drop in residential and commercial electric sales. Future sales may be seriously affected by two wildfires that affected parts of its service area in 2017 and 2018. The company is also facing lawsuits that accuses the company's  poor infrastructure maintenance as the provenance of one of the wildfires.

The company's cash and cash equivalents climbed from $447.0 million in 2017 to $1.2 billion in 2018. Cash from operations generated $4.7 billion, while cash from investing used $6.5 billion. Financing activities provided $2.7 billion.

Pacific Gas and Electric faces an uncertain future as the utility (along with its parent PG&E Corporation) filed for Chapter 11 bankruptcy protection in January 2019. The company is battling lawsuits that allege the company's poor record of infrastructure maintenance (like failure to trim tree branches near power lines) directly led to the wildfires. In April 2019, a federal judge also barred the utility from issuing dividends to the company's stockholders in favor of using the funds for reducing future wildfires.

Having taken a serious hit to its reputation, Pacific Gas and Electric has revamped its board with 10 new members (in a 13-member board) and a new CEO (Bill Johnson, a former head of Progress Energy) at the helm. It plans to change the current image that the company favors its stockholders over its customers' wellbeing by working closely with the bankruptcy court's judge as well as the state's utilities regulators and the representatives of wildfire victims. This includes cutting back trees near electrical lines, submitting to random inspections by the state, complying with state environmental laws, and improving the company's own fire mitigation plans.

Pacific Gas and Electric Company was incorporated in California in 1905. In 1997, the utility company and its subsidiaries started reporting under the holding company PG&E Corporation.