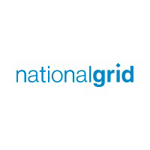 National Grid PLC keeps the home fires burning and the lights shining brightly in Great Britain and the Northeast US. The company owns and operates England and Wales' electricity infrastructure and operates Scotland's (Scotland's infrastructure is owned separately), which together span 7,200 kilometers of overhead lines. It also operates the UK's gas transmission infrastructure, including 7,700 kilometers of pipeline. National Grid's UK customers are mainly electricity generation and gas shipping companies. In the US, subsidiary National Grid USA manages electricity generation & transmission assets and gas distribution networks in the New England region of the US, reaching 20 million people. National Grid PLC also conducts liquefied natural gas (LNG) business in the UK and US.

The primary serviced areas for London-headquartered National Grid PLC are England, Wales, Scotland, and the New England region of the US. Primary sites in the UK include Birmingham (and suburb Warwick), Leeds, Manchester, Hertfordshire, and Nottinghamshire. The company's US operations are in New York, Massachusetts, and Rhode Island. Its US power generation facilities are on Long Island, NY.

Gas used in the UK is mainly sourced from gas fields in the North and Irish seas, piped from Europe and imported as LNG. Gas used in the US is produced mainly in North America. National Grid owns and operate Grain LNG, an importation terminal and storage facility at the Isle of Grain in Kent.

About two-thirds of National Grid's revenue comes from US operations and the rest comes from the UK.

National Grid's UK and US electricity transmission and gas distribution businesses operate as regulated monopolies in their respective service areas. They are regulated by Ofgem in the UK and by state and federal agencies in the US. Its client base includes residential customers, small businesses, industrial companies, and commercial enterprises.

With the amount it can charge to customers fixed by regulators in the UK and US, National Grid's sales don't typically change much, hanging around £15 billion with some movement either way. (An exception was fiscal 2016 when sales came in at around £13 billion.) Consequently, the company's directors place greater focus on profits. In fiscal 2019 (ended June 4) the company's sales fell 2% to £14.9 billion as growth in its US Regulated business partially offset lower revenue in the UK Electricity Transmission business, which was affected by new accounting rules that removed pass-through revenue from Scottish and Offshore transmission operators.

Fractious worker relations in Massachusetts put a severe dent in National Grid's net income in 2018, which fell 57% to £1.5 billion. Its worker unions went on strike to protect pensions for new hires and changes to healthcare plans, to which National Grid responded by locking out the workers and bringing in contractors to plug the gap; total costs ran to £238 million. National Grid also booked impairment costs of £137 million incurred in connection with the canceled Horizon and NuGen nuclear connection projects that the company had been working on for ten years. Restructuring in the UK and US carried out in 2018 had a £204 million impact on the bottom line, too. In all, 2018 was a bad year for National Grid.

National Grid PLC's long-term strategy is to focus on large-scale power and gas systems in the UK and the US and to better integrate its various operations. It also is looking outside its core regulated markets for growth opportunities. The recently created National Grid Ventures was set up to compete in non-regulated industries, such as energy metering, renewable energy transmission, and liquefied natural gas storage. A second unit, National Grid Partners, was established in 2018 to focus on investing in emerging growth areas.

National Grid typically records capital expenditures of £4.1-4.3 billion, with 60% going on the US Regulated business, 20% on UK Electricity, 10% on National Grid Ventures (NGV), and 10% on UK Gas. While much of the company's capex budget goes towards repeated costs like replacement gas mains and overhead wires, it also invests in new infrastructure. In 2018 these included the Buffalo River Bore project in upstate New York that will support new commercial real estate; a project to connect thousands of solar panels to the grid in the US; and, together with Scottish Power Transmission, a HDVC (high-voltage, direct-current) cable to bring more renewable energy from Scotland to customers in England and Wales. And in its non-regulated business, NGV, investments in 2018 included a second French interconnector and an increase in smart meter installations in the UK.

On the operational front, National Grid is trying to cut costs in its UK business. It is cutting its UK workforce of 1,150 to around 850, with the job losses concentrated among expensive, older employees on final salary pensions.