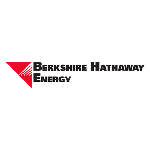 Berkshire Hathaway Energy (BHE), a subsidiary of Berkshire Hathaway, comprises regulated energy businesses that generate, transmit, store, distribute, and supply electricity and natural gas to some 5.1 million customers in around 10 states in the US. Northern Powergrid serves 3.9 million end-users in northern England and AltaLink serves approximately 85% of Alberta, Canada's population. A major player in the US brokerage industry, BHE also manages the second-largest residential real estate firm in the country. BHE's energy businesses report some 33,600 MWs of collective generation capacity and approximately 33,400 miles of transmission lines. The company generates most of its power from natural gas, coal, and wind resources but a small amount also comes from solar, hydroelectric, nuclear, and geothermal sources. The US accounts for the majority of the company's sales.

PacifiCorp is BHE's biggest business. Collecting some 25% of the holding company's annual revenue, PacifiCorp supplies about 60,825 GWh of regulated electricity to some 1.9 million retail customers in six western states, primarily Utah. HomeServices consists of separate brokerage, mortgage, and franchise businesses. This segment brings in over 20% of BHE revenue.

The four other BHE businesses collectively account for less than 25% of annual sales.
Northern Powergrid sells electricity to around 3.9 million UK customers. Northern Natural Gas (the largest US pipeline system) and Kern River pipeline companies make up the BHE Pipeline Group, which primarily serves the Midwestern states. BHE Transmissions manages regulated electric business in Alberta through Altalink and holds interests in two transmission joint ventures in the US. Lastly, clean power projects in the US and Philippines (about 4,655 MW owned capacity) are reported under BHE Renewables.

Overall, more than 75% of the company's sales were generated from its energy operations, while the real estate accounts for the rest.

Headquartered in Des Moines, Iowa, BHE serves electricity and natural gas to some 20 US states, primarily in the West and Midwest. It also serves electricity in customers in the UK and Alberta, Canada. A substantial portion of BHE's customer base comprises customers from the commercial, industrial, and agricultural sectors. The company also has some clean energy assets in the Philippines.

The company's revenue increased to $19.8 billion in 2019 compared to $19.7 billion in the prior year. The increase was due to higher real estate revenue while being offset by the company's energy revenue.

Net income for 2019 increased to $3.0 billion, while in the previous year was $2.6 billion. The increase was mainly from the increase in the company's revenue while maintaining almost the same expenses.

Cash held by the company at the end of 2019 increased to $1.3 billion compared to $883 million in the prior year. Cash provided by operations and financing activities were $6.2 billion and $3.1 billion, respectively. Cash used for investing activities was $7.4 billion, mainly for capital expenditures.

In late 2020, Berkshire Hathaway Energy has completed the purchase of US-based, Dominion Energy's natural gas transmission and storage business, exclusive of Questar Pipeline Group. The transaction consideration was $8 billion, including approximately $2.7 billion in cash (subject to certain adjustments) and the assumption of approximately $5.3 billion in debt. The completed transaction also includes the acquisition of 25% of Cove Point LNG – an LNG export, import and storage facility in Maryland that Berkshire Hathaway Energy will now operate.

In mid-2019, PacifiCorp, a subsidiary of Berkshire Hathaway Energy, has acquired sole ownership of the Foote Creek I wind generation facility, a 41.4-megawatt renewable energy project in Carbon County, Wyoming, and is proceeding to repower the project with new turbine technology that will increase energy output of the entire facility by 60%. The repowered facility will produce enough energy to meet the needs of 19,500 typical homes in PacifiCorp's service territory. Terms were not disclosed.

.BHE was initially incorporated in 1971 as California Energy Company, Inc in Delaware. Through a merger transaction in 1999, it was reincorporated in Iowa under the name MidAmerican Energy Holdings Company. In 2014, the business changed its name to Berkshire Hathaway Energy Company.