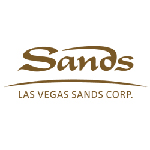 Stellar reputation of hotels in Las Vegas and Macao

Las Vegas Sands (Sands) brings a touch of Venice to the US and China. Replete with gondoliers and a replica of the Rialto Bridge, the company's Venetian Las Vegas offers a 225,000-sq.-ft. casino and a 7,000-suite hotel, as well as a shopping, dining, and entertainment complex. Through its majority-owned Sands China subsidiary, the firm operates The Venetian Macao on the Cotai Strip (the Chinese equivalent of the Las Vegas Strip), as well as four other properties in Macao, the only place in China where gambling is legal. Sands' portfolio also includes the Marina Bay Sands in Singapore and The Palazzo in Las Vegas. Approximately 80% of the company's revenue is generated outside the US.

Sands' collection of resorts in Asia and the US feature upscale convention, accommodations, and entertainment options. Dining facilities include celebrity chef restaurants, while shopping malls feature upscale tenants, including Cartier, Chanel, Dior, Prada, and Versace. Many of its hotels operate under the Sheraton, Holiday Inn, Conrad, and Four Seasons banners.

More than 70% of Sands' revenue comes from its casino operations, while its hotel rooms bring in nearly 15% of revenue. Food and beverage, mall activities, and convention, retail, and other make up the remaining revenue, accounting for around 5% each.

The company's properties in Macao, Singapore, and Las Vegas feature a total of nearly 13,000 slot machines, nearly 3,000 table games, and some 21,650 mostly upscale hotel suites. By these metrics, Sands's largest properties include Sands Cotai Central and Venetian Macao in Macao, China, and The Venetian and The Palazzo in Las Vegas.

While the company's casinos attract travelers and guests primarily on weekends, its convention centers draw business and other travelers during the slower mid-week period. Its Sands Expo Center in Las Vegas is one of the largest trade show and convention center venues in the US. The facility offers more than 2 million gross square feet of meeting, exhibit, and conference space to parties leasing space for events like trade shows and conferences.

Outside of Las Vegas (where the company is based), Sands operates in Macao and Singapore. Macao accounts for approximately 65% of the company's revenue, Singapore accounts for more than 20%, and the US accounts for the remainder. The company exited the Pennsylvania market in 2019 when it closed the $1.16 billion sale of its Sands Bethlehem property.

Sands operates The Paiza Club, a key part of its gaming marketing strategy. Paiza Clubs are exclusive "invitation-only" clubs located within its properties, available to premium VIP players. The clubs feature high-end services and amenities, including luxury accommodations, restaurants, lounges, and private gaming salons. In addition, the company believes being in the retail mall business and, specifically, owning some of the largest retail properties in Asia will provide meaningful value for us, particularly as the retail market in Asia continues to grow.

The company also offers loyalty programs that provide members with access to rewards, privileges, and events.

Sands spends about $125 million on advertising costs each year.

The company reported $13.7 billion in revenue for fiscal 2019, a $10 million increase over fiscal 2018. The increase was primarily driven by stronger operating performance in Macao.

Sands provides non-gaming attractions and amenities (including dining, entertainment, retail, and convention facilities) to appeal to a diverse set of leisure-seekers and contribute to longer visits and higher levels of consumer spending. The company's convention-based business strategy allows it to attract business travelers during the slower mid-week periods while leisure travelers occupy properties on the weekends.

Regular renovation projects are focused on upgrades and adding hotel suites and other property expansion and, in some instances, thematic re-branding. Sands is spending some $2 billion on renovating and enhancing its Macau properties, primarily on rebranding the Sands Cotai Central into The Londoner Macau, a London-themed resort. The Londoner Macao is being completed in phases throughout 2020 and 2021. In Singapore, a $3.3 billion expansion of Marina Bay Sands is underway.

In the US, the company is working with Madison Square Garden Company to bring a 400,000-square-foot venue built specifically for music and entertainment to Las Vegas at The Venetian, which is expected to open in 2021. Elsewhere in the country it is divesting assets to focus on large-scale resort developments in growth markets. To this end, in 2019 it closed the $1.3 billion sale of its Sands Bethlehem property in Pennsylvania to Wind Creek Hospitality, an affiliate of the Poarch Band of Creek Indians of Alabama.

Las Vegas Sands Corp. traces its roots back to the late 1980s, when Sheldon Adelson, founder the computer trade show COMDEX, and other partners bought the Sands Hotel in Las Vegas. Ten years after buying the historic casino, Adelson demolished the Sands Hotel and opened The Venetian Las Vegas, a Venice-themed casino resort inspired by a trip Adelson took with his wife to the coastal Italian city.

The company went public in 2004 and, fueled by the influx of cash from public investors, began establishing itself internationally in Asia in the late 2000s.