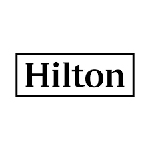 If you need a bed for the night, Hilton has a few hundred thousand of them. Hilton Worldwide is one of the world's largest hoteliers with a lodging empire that includes about 6,100 properties comprising about 972,000 in about 120 countries, operating under such names as Doubletree, Embassy Suites, and Hampton Inn, as well as its flagship Hilton brand. Many of its hotels serve the mid-market segment, though its Hilton and Conrad hotels offer full-service, upscale lodging. In addition, its Homewood Suites and Home2 Suites chains offers extended-stay services. Hilton became a public company again in 2013.

Hilton's management and franchise segment, which accounts for nearly 80% of revenue, includes more than 700 managed hotels, about 5,290 franchised hotels, and the licensing of Hilton's brands. The segment derives revenue from a host of franchising, management, and licensing fees.

The ownership segment (more than 20% of sales), consists of about 65 properties, comprising nearly 60 hotels and derives revenue from providing hotel room rentals, food and beverage, and other services at the company's owned and leased hotels.

Hilton controls an extensive portfolio of brands. The company's largest chains, Hampton Inn and Hampton Inn & Suites, include about 2,550 locations and target mid-market travelers with moderately priced rooms and limited amenities. At the other end of the scale, the company's Conrad chain offers luxury services and distinctive locations, while its Waldorf-Astoria Collection is a prestigious collection of hotels inspired by the New York landmark.

Properties in the US represent almost 80% of the company's system-wide hotel rooms and generate a similar portion of revenue.

Hilton relies on traditional advertising and promotions along with a variety of direct marketing techniques such as email, social media marketing, and postal mailings to drum up business. When the company's hotel rooms are booked through internet travel intermediaries, Hilton pays commissions and transaction fees for sales of rooms through such services.

Aside from a blip in 2016 when it sold off operations and hotels, Hilton has enjoyed strong and steady revenue in recent years.

In 2019, the company's sales grew 6% to $9.4 billion thanks to growth in system-wide revenue per available room (RevPAR), particularly in Turkey, which is recovering from political turmoil, and China, where its new hotels are entering a new phase of maturity.

Hilton's strategic objectives include the continued expansion of its global footprint and fee-based business. However, staffing shortages in various parts of the world could slow Hilton's ability to grow and expand its businesses. Payroll costs are always a major component of the company's operating expenses at its hotels and franchised hotels.

In addition to current hotel portfolio, focusing on the growth of the business by expanding the share in the global hospitality industry through development pipeline. At the end of 2019, nearly 470 hotels opened consisting of more than 65,000 rooms, contributing to over 58,000 net rooms growth in the system during the year. Additionally, more than 116,000 new rooms were approved for development and added to the development pipeline.