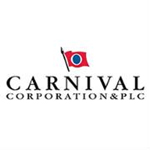 Reputation as a leading cruise-line

Leading cruise-line operator that employs over 35,000 people and serves over 4.1 million customers.

Carnival Corporation offers a boatload of fun. The company is the world's #1 cruise operator, boasting nine leading cruise lines and more than 100 ships with a total passenger capacity of more than 248,000. Carnival operates in North America primarily through its Princess Cruise Line, Holland America, and Seabourn luxury cruise brand, as well as its flagship Carnival Cruise Lines unit. Brands such as AIDA, P&O Cruises, and Costa Cruises offer services to passengers in Europe, and the Cunard Line runs luxury trans-Atlantic liners. Carnival operates as a dual-listed company with UK-based Carnival plc, forming a single enterprise under a unified executive team. North America accounts for about 55% of total sales.

Accounting for almost 35% of revenue, the EA segment operates in Europe and Asia which includes Costa Cruises, AIDA Cruises, P&O Cruises and Cunard.

The company's Cruise Support segment includes its portfolio of leading port destinations and other services, all of which are operated for the benefit of their cruise brands.

The Tour and Other segment represents the hotel and transportation of Holland America Princess Alaska Tours and other operations.

Carnival's largest market is North America, which represents about 55% of sales. Other major markets include Europe (about 30%), and Australia and Asia (almost 15%).

Carnival's revenue has been on an upward trend in the last five years, increasing from $15.7 billion in 2015 to $20.8 billion in 2019. A $174 increase in passenger ticket sales boosted revenue by 1%. This was driven primarily by capacity increase in available lower berth days (ALBDs) and increase in air transportation revenues.

Carnival's net income fell 5% to $3 billion, even with the increase in their revenue of $1.9 billion due to the increase of their operating expenses.

Cash holdings declined from $982 million in 2018 to $518 million in 2019. While Operations generated $5.5 billion in positive cash inflows, investments utilized $5.3 billion and a further $7 million went towards financing activities. The company issued $3.7billion in long-term debt in 2019, more than the preceding two years combined.

Carnival has remained the top player in the commercial cruise ship space for over a decade. Its strategy has included spending top dollar on brand recognition through innovative marketing campaigns and adding on new fleets and routes.

Carnival uses easily recognizable celebrities (from Oprah Winfrey to Her Majesty the Queen) and highly popular on-air time slots (including The New Celebrity Apprentice and The Ellen DeGeneres Show) to reach some 400 million commercial viewers. It also has its own proprietary travel shows like Voyager with Josh Garcia and Ocean Treks with Jeff Corwin.

Carnival is actively expanding its destination offerings to attract more customers. A new location in Amber Cove was also opened, and new terminals welcomed tourists in Barcelona and Dubai. Carnival also has a joint venture agreement with China State Shipbuilding Corporation to create a local cruise operating company that will assist in creating a cruise industry in China. The company is aiming for a net capacity growth of 5%, compounded annually.

However, recent instances of gastrointestinal illness (200-500 people got sick aboard a Royal Caribbean cruise liner in 2019) may affect the cruise industry in general.

To reach their primary financial goals the company continue to implement initiatives to create additional demands to their brands in excess of their planned capacity growth. They continue to invest in customer and market insight to better understand their guests' decision making process and vacation needs enabling them to identify new marketing opportunities and further grow their share of their vacation spend. As they operate in the broader vacation market , they have implemented strategies to grow demand by increasing consumer awareness and consideration for cruise vacations on their portfolio brands through their ongoing marketing, public relation and guest experience efforts