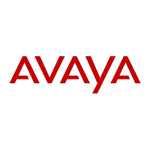 Avaya provides software and equipment for contact centers, unified communications, and workflow automation. The company's software, offered via the cloud, and hardware products provide workers with one place for communicating with colleagues and customers. Avaya's customers range from small and medium-sized businesses and organizations to Fortune 100 companies in financial services, hospital, government, and other industries. More than half of its sales are to customers in the US. A descendant company of the old AT&T, Avaya still sells phones, but has shifted to sell mostly software and services.

Avaya operates in two segments, Product & Solutions, more than 40% of revenue, and Services, about 60% of revenue. Products & Solutions primarily develops, markets, and sells unified communications and contact center solutions, offered on premises, in the cloud, or as a hybrid solution. These integrate multiple forms of communications includes telephony, email, instant messaging and video.

Services segment consists of three business areas: Global Support Services, Enterprise Cloud and Managed Services and Professional Services. Global Support Services provide offerings that address the risk of system outages and help businesses protect their technology investments. Enterprise Cloud and Managed Services enable customers to take advantage of technology via the cloud, on premises, or a hybrid of both. Professional Services enable businesses worldwide to take full advantage of their IT and communications solution investments.

The company relies on third-party contract manufacturers, component suppliers and partners (some of which are sole source and limited source suppliers) and warehousing and distribution logistics providers.

Avaya is based in Santa Clara, California and has operations in about 60 countries. It has about a dozen research and development facilities in Canada, Czech Republic, India, Ireland, Italy and the US.

About 55% of Avaya's sales were generated in the US, and more than 25% came from Europe. Asia Pacific contributed over 10% of the company's sales, while the Americas outside of US accounted for almost 10% of the sales.

About 70% of Avaya's sales are brokered through over 4,000 channel partners while its direct sales staff is responsible for the remaining sales. The company's customers are in financial services, manufacturing, retail, transportation, energy, media and communications, hospitality, health care, education, and government.

Avaya serves its customers directly with the company, or through its sales channel, which includes its global network of channel alliance partners, distributors, dealers, value-added resellers, telecommunications service providers and system integrators. The company's sales organizations are equipped with a broad product and software portfolio, complemented with services offerings including product support, integration and other professional services, and Enterprise Cloud and Managed Services.

In 2019 (ended September), revenue remained virtually unchanged at $2.9 billion, only increasing by about $36 million. The increase was primarily driven by a lower impact of applying fresh start accounting upon emergence from bankruptcy, which was partially offset by lower demand for Avaya's unified communications and contact center products, lower professional services revenue, a decline in maintenance services revenue, and the unfavorable impact of foreign currency exchange rates.

Avaya believes it is well-positioned to capitalize on the disruption and opportunity presented by digital transformation to create long-term sustainable value. It is investing significantly in its people and technology and has established four strategic pillars: innovate in its core business solutions; bring emerging technologies to market; deliver breadth and depth of cloud; and deliver high-value services.

Avaya is integrating artificial intelligence capabilities, chatbot and virtual assistance, machine learning, security, and mobility into its products. In 2020, Avaya announced the global expansion and general availability of Avaya Cloud Office in Australia, Canada, and the UK along with the availability of several key features and capabilities including tools to help migrate customers more efficiently and effectively.

It also signed Master Agent agreements with Tradewinds Brokerage and Westcon. Avaya's agreement with Tradewinds extended its brokerage portfolio with the new Avaya Cloud Office, alongside Avaya's open SIP, multi-platform devices plus professional services. Meanwhile Westcon intends to build on the successful launch of Avaya Cloud Office in the UK, by both enabling its partner community and creating end user demand in the Irish market.