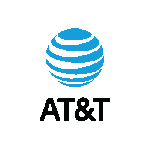 If there's a way to communicate, there's a good chance AT&T Inc. provides it. The company offers wireless, wireline, satellite, WiFi, IP network, Virtual Private Network, and fiber optic cable services. It is one of the biggest wireline and wireless providers in the US with more than 165 million subscribers. It offers digital TV, voice, and internet service through its U-verse brand and satellite Pay-TV through DIRECTV. AT&T acquired Time Warner Inc. in 2018 after winning a court challenge by the US government. The deal added Time Warner's content such as HBO and CNN to AT&T's distribution capabilities. The US supplies the majority of the company's revenue.

Communications segment is its biggest segment, generating more than 75% of revenue. The unit provides wireless and wireline telecom, video, and broadband services to consumers in the US and businesses in the US and around the world. Parts of the Communications segment are: the Entertainment Group, which provides video, internet, interactive, and targeted advertising and voice services to residential customers in the US; Mobility, which serves business, governmental, wholesale customers, and individual subscribers who purchase wireless services through employers; and the Business Wireline segment, which provides advanced IP-based services, as well as traditional voice and data services to business customers.

The company's Latin America segment, nearly 5% of revenue, provides entertainment and wireless services outside the US. This segment contains the Vrio and Mexico businesses.

Overall, AT&T generates about 90 % of revenue from service and approximately 10% from equipments.

Dallas, Texas-based AT&T has nearly 5,800 store in the US. The company has tried to increase its international telecommunications operations, but still gets about 90% of revenue from the US. Europe and all other Latin America are two of its biggest international markets, accounting for approximately 5% of revenue combined. The remaining revenues are generated in Mexico, Brazil, Asia/Pacific Rim and other.

AT&T is nothing if not ubiquitous. The company is a big advertiser to businesses and consumers with presence on TV networks, other networks and digital properties, print, radio and other media. The company operates its own retail stores where it offers smartphones from major manufacturers such as Apple and Samsung. The company spends $6.1 billion, $5.1 billion and $3.7 billion on advertising for the years 2019, 2018 and 2017 respectively.

AT&T's revenue has risen at a 6% annual rate for the past five years, which includes a year of lower revenue (2017).

Operating revenues increased in from $170.8 billion in 2018 to $181.2 billion in 2019, primarily due to including a full year's worth of Time Warner results, which was acquired in June 2018. Partially offsetting the increase were declines in the Communications segment driven by continued pressure in legacy and video services and lower wireless equipment upgrades that were offset by growth in advanced data and wireless services.

As the US wireless phone market becomes saturated (AT&T and Verizon count more than 280 million subscribers between them), carriers are looking for ways to generate more traffic on their networks to generate revenue. AT&T Inc. bought a content carrier, DIRECTV, in 2015.

One concern is whether HBO can maintain its cultural cache, built on series such as The Sopranos and Game of Thrones that were developed under Hollywood-oriented leadership, under the telecommunications-focused AT&T.

As of June 2020, AT&T's 5G network is available for consumers in 28 additional markets across the country and covers 179 million people. AT&T now offers access to 5G on its best unlimited wireless plans for consumers and businesses in a total of 355 markets in the U.S.

AT&T agreed to sell more than 1,000 wireless communication towers to Peppertree Capital Management, a private equity firm, for about $680 million. AT&T will lease capacity from Peppertree. The sale is part of AT&T's plan to sell non-strategic assets to pay down debt.

In 2018, AT&T began work on FirstNet, a government funded nationwide network for first-responders and public agencies. A possible bonus AT&T would be excess wireless capacity that it could use for its paying customers.