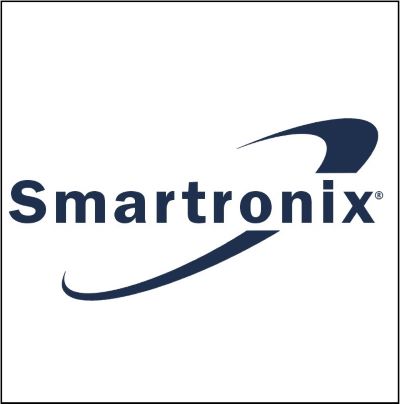 Founded in a one room basement office in 1995, Smartronix has grown into a worldwide provider of information technology and engineering solutions, specializing in secure, innovative, and agile solutions through in-depth experience in global and complex environments. Recognized with many fast-growth, business quality, and technical certifications and partnerships.  The firm's work has helped assure the missions of the Department of Defense, Federal Government, and Fortune 500 commercial clients.

Smartronix' core competencies include cloud computing, cyber, network operations, health information technology (HIT) and mission focused engineering. In cloud computing, the firm is one of a select few to have been recognized four times as an Amazon Web Service (AWS) Global Premier Partner. Smartronix has been recognized for its expertise in Exchange, SharePoint, Big Data, DevOps, and Managed Services competencies on AWS. Smartronix has developed a growing cloud practice through the capture and execution of cloud opportunities with a number of highly visible Federal Civilian and commercial organizations. These engagements, which include consulting, architectural, migration, and managed services, have helped establish the firm as a highly regarded and Gartner recognized cloud solutions provider.

From a cyber perspective, Smartronix continues to support the cyber requirements of many highly sensitive organizations, including Department of Defense organizations with extremely classified operations and its cyber hunting solution, which has been protecting its own corporate infrastructure for several years, now client operational. Smartronix has also evolved its cyber capability from traditional on-premise environments to the cloud and now offers complete managed security services from within its Cloud Managed Services offering.

The firm's network operations capabilities, which served as one of its largest legacy offerings as well as the bona fides for its eventual entrance into cloud computing, has seen growth with diversified and new clients. Smartronix' network operations teams support and manage complex, global enterprise networks, defend these networks from daily cyber attack, and develop enterprise software tools and utilities that support its clients' unique requirements.

The firm's HIT business unit supports both commercial and government secure health information exchange, data management/quality, and software development initiatives. Over the last year, this unit was awarded and began work on a storage as a service contract with a Federal organization that continues to mature and evolve the company's growing "as a service" capabilities.

Over the last several years, as it has witnessed its largest client-the Federal Government-go through downward directed cost pressures and impacts, Smartronix has been investing in and pivoting towards high growth markets. From the information technology side, Smartronix has built a cloud computing capability from its long standing experience with complex network environments and the cyber defense of these infrastructures. Today, Smartronix manages traditional Government enterprise infrastructures as well as enterprises that now run in public clouds like Amazon, Microsoft, and Google.

Additionally, the firm has developed and manages a commercial health information exchange (HIE) that connects with community-based hospitals and physician offices, State level HIE gateways, and the nationwide eHealth exchange for supporting quality over the continuum of care. Smartronix is also investing in the development of specialized cyber tools that the company expects to utilize within its existing client base, while also packaging them with its cloud offering for future business capture.

From the engineering side of the company, Smartronix' Network Radio Gateway (NRG), Radio Data Adapter (RDA), and Telemetry and Data Solutions (TDS) technologies are current core offerings while also being the cornerstone of Smartronix' goal of becoming more "platform-oriented" in the future.

If you want to know how safe your secrets-or perhaps more importantly, the government's secrets-are, the analysts at Smartronix may be the ones to ask: the firm counts institutions such as the Marine Corps, the Navy, the Air Force, the Special Operations Community, Southern Command, FAA, the Department of the Treasury, the Veteran Administration, the Federal Reserve Bank, the Consumer Financial Protection Bureau and Fannie Mae/Freddie Mac among its clients. The services and solutions on offer to the firm's clients include vulnerability assessments and penetration testing, application and wireless security, certification and accreditation, cloud security, automated compliance and reporting, continuous monitoring and advanced hunting, consulting and training.

While the company has seen commercial growth in recent years, the Federal Government continues to be Smartronix' largest client. The firm's Government business has been awarded multiple industry-leading contracts, allowing it to compete with industry peers that are up to 50 times larger than Smartronix. As such, the Government remains a focus for the company.

Commercially, the company has focused its attention on large, highly visible commercial companies within the financial, entertainment, health, media, and infrastructure verticals. Successful cloud pilots have given the company the opportunity to support the future cloud strategies of a number of commercial firms, such as Dole Foods, Pepperidge Farm, WWE & Wenner Media (Rolling Stone), and seems set to be a significant growth area for Smartronix.