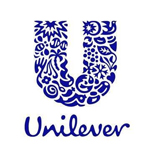 From Dove soap to Ben & Jerry's ice cream, Unilever N.V. manufactures more than 400 different food and personal care products that are used by 2.5 billion people worldwide every day. The consumer products giant is one of the top manufacturers of dressings and savory condiments with billion-dollar brands Hellmann's and Knorr. Other top products include ice cream (Breyers, Magnum, and ), tea (Lipton), razors and blades (Dollar Shave Club), and soaps (Dove, Lux). Netherlands-based Unilever N.V. operates jointly with its UK-based counterpart, , as the Unilever Group, which has a single board of directors and one set of financial statements. In early 2017 Kraft Heinz withdrew a $143 billion takeover offer for Unilever after Unilever management and stockholders protested, claiming the bid underestimated its value.

Unilever is organized around four main product groups. Roughly 35% of its revenue is generated by the Personal Care segment, which includes skin and hair care products, deodorants, and oral care products. Another third comes from Foods, which consist of snacks, soups, bouillons, sauces, mayonnaise, and salad dressings.

The Refreshment segment brings in nearly 20% of sales, and includes ice cream, teas, weight-management products and nutritionally enhanced staples for sale in emerging markets. The remainder of revenue is from the Home Care segment, which includes a variety of cleaning products, washing powders, liquid and capsule detergents, and soap bars.

Unilever has operations in more than 100 countries and sells its products in nearly 200. It generates about 45% of revenue from the Middle East, Turkey, Russia, Ukraine, and Belarus, among other parts of Asia and Africa. Other major markets include the Americas (about 30%) and Europe (about 25%).

The company touts its strength in emerging markets (which accounts for more than 55% of revenue), which represents great opportunity although recent growth has been weaker than expected.

E-commerce is an increasingly significant distribution channel. This channel grew 49% in 2016, and the direct-to-consumer channel expanded significantly, mainly through Unilever's acquisition of Dollar Shave Club.

Note: Growth rates may differ after conversion to US dollars.

Amid a stagnant global economy and changing consumer tastes, Unilever Group has struggled to get on a growth trajectory. Revenues dropped 6% from 2012 through 2014, and although they jumped in 2015, they fell again in 2016, declining a percentage point to €52.7 billion

Three of the company's four segments – Refreshment, Home Care, and particularly Foods -- experienced sales declines in 2016 mainly due to the effects of unfavorable currency fluctuations. The Personal Care segment was essentially flat (up half a percentage point), bolstered slightly by acquisitions. Underlying sales growth (minus acquisitions, divestitures, and currency fluctuations) was up about 3.5% in 2016, although that was driven primarily by price increases.

Net profit was up about 5% in 2016 to €5.5 billion as a result of cost savings programs and cash from operations was flat at about €9.3 billion.

Unilever began 2017 by fighting a $143 billion takeover bid from Kraft Heinz (which would have been the largest takeover in the industry, combining dozens of global household names). It vowed to follow its own path to growth as consumer goods companies, particularly those involved in packaged foods, grapple with competitive and pricing pressures and the movement of consumer tastes toward sustainability and fresh foods. The industry is rife with consolidation, cost-cutting measures, and an intense focus on core brands.

Since rejecting the Kraft Heinz offer, Unilever has stepped up its cost-cutting efforts. With plans to cut €6 billion from operational costs by 2020, the company has slashed its advertising budget and reduced staff, among other savings initiatives. In addition, Unilever is combining its Foods and Refreshment segments and is re-evaluating its dual-listing structure. In mid-2018 it completed the divestiture of its spreads business, a historical cornerstone for the company that includes the Flora, Country Crock, and I Can't Believe It's Not Butter brands. It is also selling off various other units, including a France-based dessert business, Alsa.

In mid-2017, Unilever made a $2.9 billion bid for Reckitt Benckiser Group's food division, which produces French's mustard. However, McCormick & Company, the world's #1 spice maker, outbid Unilever after agreeing to acquire the division for $4.2 billion.

Unilever also announced it was acquiring Hourglass, a maker of luxury cosmetic products. Unilever will add Hourglass to its portfolio of Prestige brands, specifically its colour cosmetics category. This product line has exhibited high growth-rates that are driven by social media content and channel diversity.

Early in 2017 the company agreed to acquire the personal care and home care brands of Quala, a Latin American consumer goods company. Inheriting Quala's brands will give Unilever an even stronger springboard for growth in Latin America, broadening its offerings in Mexico, Colombia, and Ecuador.