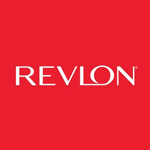 Revlon has the look of a leader in the US mass-market cosmetics business, alongside L'Oréal's Maybelline and Procter & Gamble's Cover Girl. Aside from its Almay and Revlon brands of makeup and beauty tools, the company makes Revlon ColorSilk hair color, Mitchum antiperspirants and deodorants, Charlie and Jean Naté fragrances, and Skin Illuminating and Gatineau skincare products. It also owns Elizabeth Arden, a maker of prestige fragrance brands. Revlon's beauty aids are distributed in more than 150 countries, with more than half of its revenue generated outside the US. Revlon products are primarily sold by mass merchandisers and drugstores such as CVS, Target, Shoppers Drug Mart, A.S. Watson, Boots, and Wal-Mart. Charles Revson founded Revlon in 1932.

The Revlon segment primarily sells to the mass retail channel, e-commerce sites, and specialty stores in the US and internationally. Its offerings includes the company's flagship Revlon brands, including Revlon in color cosmetics; Revlon ColorSilk and Revlon Professional in hair color; and Revlon in beauty tools.

Revlon generates about a third of its total revenue from color cosmetics. Other major product lines include fragrance (about 25%), hair care (around 20%), skin care (more than 5%), and beauty care (about 15%).

The US is Revlon's largest market, accounting for nearly half of its sales 50% of total revenue; the Europe, Middle East, and Africa region generates more than 25%; Asia, more than 10%; and the Latin America and Pacific regions, about 5%, each.

The cosmetics maker also has operations in about 25 foreign countries and has a global reach and leading positions in several product categories in Australia, Canada, Eastern Europe (such as Russia), Mexico, South Africa and South America (such as Argentina).

Revlon also uses social media as well as point-of-sale merchandising, including displays and samples, coupons, and other trial incentives to reach its customers. The company coordinates its marketing and advertising campaigns with in-store promotional and other marketing activities.

Revlon has seen lackluster revenue growth in recent years in a competitive cosmetics market. Its annual revenues have risen close to 34% since 2014 driven in part by major acquisitions.

The company remains focused on its three key strategic pillars to drive its future success and growth. First, strengthening its iconic brands through innovation and relevant product portfolios; second, building its capabilities to better communicate and connect with its consumer through media channels where they spend most time; and third, ensuring availability of its products where consumers shop, both in-store and increasingly online.