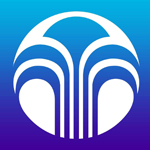 Nu Skin Enterprises offers more than 200 personal care products such as cleansers, toners, and anti-aging skin care products, through a global network of independent distributors, sales reps, and preferred customers. It also sells cosmetics, fragrances, hair care items, and mouthwash. Nu Skin has its foot in the door in 50-plus global markets, including China. Its Pharmanex unit sells LifePak nutritional supplements. In addition, the company has introduced its new ageLOC Youth nutritional supplement and ageLOC Me customized skin care system to its markets. Nu Skin was founded in 1984 by its former chairman Blake Roney.

During 2016 and 2017, the company launched the ageLOC Youth nutritional supplement and ageLOC Me customized skin care systems. It also plans to launch ageLOC LumiSpa, which is a treatment and cleansing device that promotes smooth and healthy skin.

Greater China is its largest market, accounting for more than 35% of total sales. Other major markets include North Asia (almost 30%), South Asia/Pacific (15%), and the Americas (15%).

Nu Skin relies on person-to-person and social media marketing, rather than traditional media advertising or direct marketing campaigns, to sell its personal care and other products. Its network of thousands of active distributors and consumers purchase products directly from the company and resell them. However, Nu Skin employs a different business model in China where it has an employed sales force and contractual sales promoters to sells products in stores.

Nu Skin has posted three consecutive years of falling sales. Revenue declined 2% from $2.3 billion in 2015 to $2.2 billion in 2016 largely due to unfavorable foreign currency fluctuations.

During 2016, business from Mainland China generated 8% revenue growth, while the EMEA region increased 7%, reflecting the success of social media initiatives in certain markets of that region. These gains were offset by declines in the Americas and South Asia/Pacific regions.

Net income climbed 8% from $133 million in 2015 to $143 million in 2016 largely due to a decrease of $18 million in foreign-currency charges. Cash from operating activities has fluctuated over the years; after rising sharply in 2015, cash flow declined in 2016 mainly due to a rise in payments related to distributor commissions.

Nu Skin is betting on rapid growth in the global anti-aging market as Baby Boomers in the US and skin-obsessed women in Asia fuel demand for its products. The company has ramped up its social media marketing efforts and has launched a customer loyalty program called Velocity that provides more flexible and timely rewards for its network of distributors.

Another way Nu Skin grows is by introducing new products to its more than 50 markets. In 2016 and 2017, it launched new products within its ageLOC product line: ageLOC Me, an anti-ageing skincare system, and ageLOC Youth, an anti-ageing supplement. In 2017 and 2018 it plans to launch its ageLOC LumiSpa treatment and cleansing device to generate additional revenue.

graduate Blake Roney and his sister, Nedra, came up with the idea for Nu Skin in 1984 while pondering the amount of fillers in personal care products. They compiled a list of beneficial ingredients, came up with $5,000 (from friend and present SVP Sandra Tillotson), and found a manufacturer to make their product -- and Nu Skin International was born. Roney was dead-set against incurring debt, so he decided to use multilevel marketing to push the products. Such marketing systems are often accused of being illegal pyramid schemes, and Nu Skin has drawn the attention of many attorneys general across the US.