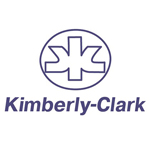 Easy to get lost in the crowd

If you make it through the Kimberly-Clark gatekeepers, you could have a long and gratifying career at a global giant that strives to do the right thing by its employees, customers and the environment.

One of the world's largest makers of personal paper products, Kimberly-Clark operates through three business segments: Personal Care, Consumer Tissue, and K-C Professional. Kimberly-Clark's largest unit, Personal Care, makes products such as diapers (Huggies, Pull-Ups), feminine care items (Kotex), and incontinence care products (Poise, Depend). Through its Consumer Tissue segment, the manufacturer offers facial and bathroom tissues, paper towels, and other household items under the names Cottonelle, Kleenex, Viva, and Scott (plus the Scott Naturals line). Kimberly-Clark's K-C Professional unit makes WypAll commercial wipes, among other items. The US accounts for around half of Kimberly-Clark's sales.

Personal Care offers products such as disposable diapers, training and youth pants, swimpants, baby wipes, feminine and incontinence care products, and other related products. Its products are sold under the Huggies, Pull-Ups, Little Swimmers, GoodNites, DryNites, Kotex, U by Kotex, Intimus, Depend, Plenitud, Poise, and other brands.

Consumer Tissue's products include facial and bathroom tissue, paper towels, napkins and related products, and are sold under the Kleenex, Scott, Cottonelle, Viva, Andrex, Scottex, Neve, and other brand names.

Kimberly-Clark generates more than 50% of sales in US.

Kimberly-Clark sells its household items directly to supermarkets, mass merchandisers, drugstores, warehouse clubs, variety and department stores, and other retail outlets, as well as through distributors and e-commerce. For the away-from-home market it serves, the company sells through distributors and directly to high-volume public facilities and to manufacturing, lodging, office building, food service, and health care establishments.

Kimberly-Clark has struggled to attain meaningful revenue growth in recent years while profits have fluctuated. In fiscal 2019 the company's sales decline less than 1% to $18.4 was due to the 3% decrease of its sales outside US. By segment, Personal Care and K-C Professional are the strongest performers and Consumer Tissue the weakest.

Kimberly-Clark's net income jumped 52% to $2.2 billion due to restructuring program undertaken in 2018. The company incurred layoff expenses, asset write-offs and impairments, and depreciation. It hopes the restructuring will generate $500 million in pre-tax savings by 2021.

With business performance lower than desired, Kimberly-Clark undertook a global restructuring program in 2018 that will see 10 factories close and certain low-margin businesses divested (mainly in the consumer tissue segment) as well as potentially saving some $500-550 million in annual costs. The restructuring, which resulted in 5,000-5,500 job cuts, should leave Kimberly-Clark on surer footing to invest in its brands and growth initiatives. The company has earmarked $1.1-1.3 billion in capex for 2019, an increase on the $0.9 and $0.8 billion in the two preceding years.

The company's strategy includes operations growth outside the U.S., especially in developing markets such as China, Eastern Europe, ASEAN and Latin America.