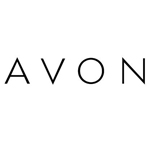 Many positions provide high level of flexibility for hours and earning.

Avon Products is a well-known brand of beauty and related products with employees worldwide.

Corporate headquarters are re-locating to the UK following the divestiture of its North America operation.

Avon recruits sales reps and customers largely through personal contact, including recommendation from current representatives and customers, and local market advertising. Sales promotions and sales development activities are directed at assisting reps. The company also relies on television and print advertising to sell its cosmetics and other products. The company reported advertising expenses of some $128 million in fiscal 2015, down from $166.4 and $173.3 million in fiscal 2014 and 2013.

Avon has struggled to arrest falling sales and net income in recent years. In 2015, following the divestitures of the company's North American operation and its UK-based Liz Earle skincare business, revenue plunged 30% ($2.7 billion) to $6.2 billion. Even exluding the divested North American operations, sales were down across all geographies, with the worst losses coming in Latin America, which saw sales fall by 23%. As a result, net income also worsened significantly to $-1.2 billion, a 196% decrease. Loss on the sale of the North American business was also a factor behind the poor figure.

Avon is facing severe difficulties as the rise in online retail eats into revenue.

In late 2015 the company sold its North American operations to investor . Cerberus -- through an affiliate -- now controls and manages the North American business as a separate, privately held company operating as New Avon LLC. Cerberus acquired an 80% ownership stake in New Avon LLC after investing $170 million; Avon held on to a 20% stake. As part of the deal, Cerberus also invested $435 million to acquire a 16.6% interest in Avon. The spin off and ownership changes reflect Cerberus's plans to transform the shrinking North American business to ultimately restore Avon's brand presence in the US. As a result of the divestiture, Avon plans to re-locate to the UK.

At the same time, Avon sold off its wholly-owned, UK-based Liz Earle skincare business for £140 million to , the global pharmacy-led health and wellbeing company.

CEO Sheri McCoy, who joined Avon in 2012, is working to stabilize the business and return it to sustainable growth. The company has set a cost-savings target of $400 million by the end of 2015. Avon also reduced global headcount, including 15% of total jobs in 2014, and exited the South Korea and Vietnam markets, as well as noncore businesses.

The company plans to use money freed up by its 2014 reorganization to fund investment in consumer research, product innovation, and advertising (for selling products and recruiting sales reps). It launched a redesigned website, which is a critical component of its digital strategy to enhance the social selling experience for Avon representatives and their customers.