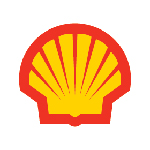 Shell Oil doesn't shilly-shally around as it explores for, produces, and markets oil, and natural gas, and produces and markets chemicals. The company's unit focuses its exploration on the deepwater plays in the Gulf of Mexico. Shell Oil partners with in a US refining and marketing venture () and owns Motiva's sister company . Shell Oil also produces petrochemicals (Shell Chemical) and liquefied natural gas (Shell US Gas & Power) and markets natural gas and electricity. Shell Oil's parent, , vies with ) to be the world's #1 integrated oil company in terms of revenues.

Shell Oil is the flagship of 's US operations, and conducts activities through subsidiaries and affiliates. combines much of its parent's US refining and marketing operations along the Gulf Coast and the East Coast. Shell operates refining and marketing businesses in the West and Midwest as . Other downstream operations include the manufacture and marketing of lubricants, alternative energies, carbon dioxide, and chemicals. Shell Oil has extensive upstream activities (both onshore and offshore) across the US.

The company has its corporate headquarters in Texas. It produces oil and gas in the Gulf of Mexico, heavy oil in California and primarily tight gas and liquid hydrocarbons in Louisiana, Pennsylvania, Texas, and Wyoming.

In 2013 the US accounted for 16% of Royal Dutch Shell's total revenues.

On the downstream side of the business, in 2013 Shell Oil announced plans to use North American natural gas to provide an innovative and cost-effective fuel for its commercial customers. It plans to bring liquefied natural gas (LNG) fuel one step closer for its marine and heavy-duty on-road customers in North America by taking a final investment decision on two small-scale liquefaction units. These two units will form the basis of two new LNG transport corridors in the Great Lakes and Gulf Coast regions. (This decision follows an investment decision in 2011 on a similar corridor in Alberta, Canada). Shell Oil is also working to use natural gas as a fuel in its own operations.

That year Shell US Gas & Power LLC, and Kinder Morgan unit Southern Liquefaction Company, announced their intent to form a limited liability company to develop a natural gas liquefaction plant in two phases at Southern LNG Company, LLC's existing Elba Island LNG Terminal, near Savannah, Georgia. This project will facilitate the exporting of the abundant natural gas resources in the US.

In 2013 and Shell Oil announced a multi-year extension of their ongoing North American alliance. Shell Oil and Pennzoil will continue sponsoring Penske Racing entries in the Sprint Cup Series and the IZOD IndyCar Series and continue to be the preferred supplier of fuels, lubricants, and related products to Penske. This alliance allows Shell Oil to expand within the motorsports segment and branch out into other business areas.

To build a leading portfolio of shale assets rich in oil and natural gas liquids, in 2012 Royal Dutch Shell acquired acreage in Texas from . The $1.9 billion deal provides both existing production and near-term growth potential from a proven resource, as well as promising opportunities for expansion.