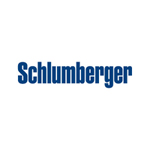 Good pay and opportunities for advancement.

At Schlumberger Ltd., workaholics can expect to move up and make a lot of money.

Schlumberger has the know-how to get oil and gas drillers out of a slump. One of the world's largest oilfield services companies with scores of business units, it provides a full range of services, including seismic surveys, formation evaluation, drilling technologies and equipment, cementing, well construction and completion, and project management. Schlumberger also provides reservoir evaluation, development, and management services, and is developing new technologies for reservoir optimization. Through its business, the company provides seismic and other surveying services to customers worldwide. In 2016 Schlumberger acquired rival in a deal worth $14.8 billion.

The company has operations in 85 countries and reports through four geographic areas: North America, Latin America, Europe/CIS/Africa, and Middle East & Asia. North America accounted for 33% of Schlumberger's revenues in 2014.

Net sales have seen a consistent upward trend since 2010. In 2014 revenues increased by 7% due to increased sales from production segment and the drilling segment.

Production benefited from strong results in Well Services, where pressure pumping activity increased through market share gains, operational efficiency improvements and the introduction of new technology. Schlumberger Production Management grew as projects in Latin America, particularly in Ecuador, continued to progress ahead of plan. Production Group activity was also boosted by expansion in the Artificial Lift business as a number of regional acquisitions were added to the portfolio, both in operations and in equipment design and production.

In 2014 net income decreased by $1.2 billion due to the absence of a gain on the formation of the OneSubsea (a 40%-owned joint venture with ), increased cost of revenues, impairment, and other expenses, partially offset by higher revenues. (Schlumberger had recorded a $1 billion gain in 2013 as a result of the deconsolidation of its subsea business in connection with the formation of the OneSubsea).

In 2014, net cash provided by the operating activities increased by 5% due to change in receivables, inventories and accounts payable and accrued liabilities.

Capitalizing on its wide geographical footprint, extensive business portfolio, and clear financial strength, the company grows both organically and through joint ventures and acquisitions.

In 2014 OneSubsea, and Schlumberger formed an alliance to develop technologies and deliver services to optimize the cost and efficiency of subsea well intervention systems.

In 2013 Schlumberger formed OneSubsea to make and develop products, systems, and services for the subsea oil and gas market.

To better support its exploration and production clients, in 2014, Schlumberger acquired Rock Deformation Research (RDR), a UK-based company specialized in geological software development and structural geology consultancy for the oil and gas industry.

That year Schlumberger bought the remaining shares of SES Holdings Limited (Saxon), a Calgary-based provider of international land drilling services, from First Reserve and certain members of Saxon management. Saxon in 2014, operated a fleet of 87 rigs (70 drilling and 17 workover) in 10 countries, and provides support services to an additional 35 rigs worldwide.

In 2013 the company acquired Gushor, a Canada-based petroleum geochemistry and fluid analysis company focused on providing innovative production and exploration services in the heavy oil and oil sand industry.