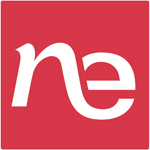 Noble Energy prizes petroleum and has the reserves to prove it. The company prospects for and produces oil and natural gas in the US and internationally. Its US operations are focused on the Denver-Julesberg Basin, Eagleford and the Delaware Basin. The company's international operations include onshore and offshore activities in the Middle East, the Mediterranean, and West Africa.

Noble derives almost all its revenue from oil and gas sales. Its proved reserves mix is 40% liquids (crude oil and NGLs (natural gas liquids)), and 60% natural gas, split roughly evenly between the US and Noble's international holdings.

The company also owns midstream assets used in the processing and transportation of its onshore US production.

Noble's five core areas are the Denver-Julesberg (DJ) Basin (onshore US); Eagleford Shale (onshore US) and the Delaware Basin (onshore US); offshore West Africa; and offshore Eastern Mediterranean. Outside of the US it has offices in Cameroon, Cyprus, Equatorial Guinea, Israel, and the UK. It has new ventures in Newfoundland, Canada; Suriname, and Gabon.

After a heavy fall caused by the collapse in the oil price in 2014, Noble's revenue returned to growth in fiscal 2016.

Revenue increased 10% to $3.5 billion due mostly to a 19% jump in sales volumes. While revenue from crude oil was flat after higher volumes were canceled out by lower prices, Noble achieved natural gas sales growth of $183 million thanks to significantly higher natural gas output on flat realized prices, while NGLs (natural gas liquids) sales grew $99 million due to both higher output and realized prices.

The company lost $1.0 billion in 2016, an improvement on the $2.4 billion loss the previous year. The improvement related to lower asset impairment costs and cost reduction efforts such as operational enhancements and new pricing arrangements with suppliers. However, despite the improvement, the oil price remained below Noble's break-even price.

Cash from operations fell 35% to $1.4 billion due to lower average realized commodity prices and losses on derivatives. Changes in working capital had a negative effect of $460 million due to decreases in capital accruals.

Noble relies on capital expenditure, particularly new drilling projects, for growth. After the low oil price squeezed cash flow and triggered a 45% reduction in capital spending in 2016, the increase in prices going into 2017 gave Noble scope to ramp up its cap ex once more. The company will spend $2.3-$2.6 billion in 2017, roughly a $1.0 billion increase on new drilling. Its development priorities remain its higher value liquids rich opportunities in the DJ Basin, Delaware Basin, and Eagle Ford.

To raise cash further, Noble sells off non-core assets. It sold Appalachian gas assets for $1.2 billion in 2017, and oil and natural gas assets in Greeley Crescent in Colorado for $505 million. It also floated its Midstream business in 2016, raising $281 million.

As the Delaware Basin in Texas becomes ever more developed, its supporting road network becomes increasingly snarled up with trucks from Noble and its competitors. To deal with the issue Nobel is setting up four central gathering facilities; the first of which went on line in August 2017 and can hold daily production of 10,000 barrels of oil, 20 million cu. ft. of natural gas, and 15,000 barrels of water. The gathering facilities will reduce congestion on the roads while lowering transport costs. Responsible for the project is Noble Midstream Partners, which Noble span off in 2016 to manage its midstream activities initially in the DJ Basin in Colorado, now expanding to Texas.

In 2017 Noble acquired Clayton Williams for $2.7 billion to expand Noble's operations in the Delaware Basin further. To the same end, it bought 7,200 net acres in the Southern Delaware Basin for $300 million.