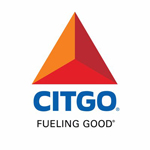 CITGO Petroleum is the fifth-largest independent refiner in the US. It refines and markets petroleum products, including transportation fuels, lubricants, and petrochemicals. It markets CITGO branded gasoline through about 5,300 independent retail outlets in about 30 US states, mainly east of the Rockies. CITGO Petroleum owns oil refineries in Illinois, Louisiana, and Texas. The company has the refining capacity to process more than 749,000 barrels of crude oil per day. It markets more than 600 types of lubricants and sells over 13 billion gallons of refined products annually. CITGO Petroleum is the operating subsidiary of PDV America, itself a subsidiary of Venezuela's national oil company PDVSA.

CITGO has a total refining capacity of about 749,000 barrels of crude oil per day. It operates through three US refineries in Texas, Illinois, and Louisiana.

The company's TriCLEAN TOP TIER gasoline is sold to independent marketers who sell motor fuels at CITGO branded retail outlets. CITGO Lubricants provides a line of agricultural, automotive, and industrial lubricants, as well as oil and greases and private label lubricants. Lubricants are manufactured through blending and packaging plants located across the US, with products marketed under the CITGO, Mystik, and Clarion brands. CITGO's petrochemicals and solvents business provides products such as adhesives, paints, and coatings.

CITGO also offers its loyalty program, Club CITGO, which offers special savings and rewards, such as free coffee and snacks, through its downloadable Club CITGO app.

The company markets automotive fuels to independent marketers which sell to nearly 5,300 CITGO branded retail outlets in the US, and markets jet fuel directly to airlines. CITGO produces a variety of agricultural, automotive, industrial and private label lubricants which are sold to independent distributors, mass marketers, and industrial customers across the US and in 41 countries around the world.

With a focus on safety and operational performance, CITGO generated $851 million in net income in 2018, a significant increase compared with prior years. The company's oil refining processing capacity increased 8% from 2017 to 2018, allowing CITGO to increase exports to 206,000 barrels per day in 2018, up 4 percent relative to 2017. The company was also able to increase volumes and capture higher margins in international markets with improvements to its logistics operations.

The company is currently working to cut ties with its Venezuelan parent company, Petroleos de Venezuela SA (PDVSA). CITGO Petroleum is being hampered by US sanctions imposed on PDVSA (still controlled by socialist President Nicolas Maduro), possibly preventing it from refinancing a revolving credit and term loan to generate cash. CITGO has stopped making payments to PDVSA, ended subscriptions to corporate services and email communications, and is avoiding mentioning PDVSA in any of its marketing materials. The company has also shut down PDVSA Services, its procurement subsidiary that operated from CITGO's headquarters.

CITGO was founded in 1910 by pioneer oilman Henry L. Doherty. First named Cities Service Company, the company was one of the first to supply gas and electric utility services in the Midwest. It provided the electricity that lit the Statue of Liberty for the first time in 1916 and during World War II, supplied much of the fuel used by US armed forces and its allies.

In 1928, the company was the first to discover the Oklahoma City Pool, one of the most productive oil fields in the US. During the 1950s, Cities Service began exploration in the Middle East. As part of a joint venture, it also was the first company to discover oil in the Gulf of Mexico in 1952.

In 1965, Cities Service introduced its new name and marketing brand CITGO, which used the first part of its former name ending with "GO," which represents energy and the company's forward-thinking culture. It added the CITGO Quik Mart convenience store platform to its gas stations in 1972.

In 1983, CITGO was acquired by 7-Eleven operator, Southland Corporation. Three years later, Petróleos de Venezuela, S.S. (PDVSA) purchased a 50% stake in the company and in 1990, became wholly owned by PDVSA.