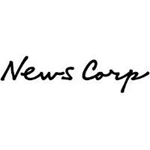 News Corp is one of the biggest news organizations in the world, publishing well-known mastheads such as The Wall Street Journal and New York Post, Australia's Herald Sun, and The Sun and The Times in the UK. The company owns the Dow Jones and Factiva information services, as well as book publisher HarperCollins. In TV, News Corp has a majority stake in Foxtel in Australia and owns the Australian News Channel. Other properties are the real estate websites REA Group and Move. Australia and other countries generate about half of sales.

In book publishing, the imprints under Harper Collins owns more than 120 brands including Harper, William Morrow, Avon, Thomas Nelson, Christian publishers Zondervan and Harlequin. Among its recent best-sellers have been Hillbilly Elegy and The Woman in the Window.

The Digital Real Estate Services segment consists of News Corp's 62% in REA Group, a publicly-traded company based in Australia, and its 80% interest in Move. The remaining 20% interest in Move is held by REA Group. REA lists properties for sale in Australia and Asia and offers financial services. Move operates the realtor.com website in the US.

The Subscription Video Services segment provides sports, entertainment, and news services to pay-TV subscribers via cable, satellite, and over the internet. Properties include the new Foxtel network in Australia, of which News Corp owns 65%, and the Australian News Channel.

News Corp. is based in New York City and has subsidiaries elsewhere in the US, Australia, and the UK. In addition, book publisher HarperCollins has a warehouse in Scotland and Dow Jones runs an office in Hong Kong. Australia and other countries generates about 45% of sales. Followed by the US and Canada accounts for roughly 40% of sales and Europe (mostly the UK and Ireland), more than 15%.

News Corp.'s revenue has been rising for a couple of years. It has an overall growth of 18% for the last five years. The company's net income has been all over the place which plummeted in 2018.

Revenues increased $1.1 billion, or 12%, for the fiscal year ended June 30, 2019 as compared to fiscal 2018. The Revenue increase was primarily due to higher revenues at the Subscription Video Services segment of $1.2 billion resulting in large part from the Transaction, which contributed $1.3 billion to the increase and higher revenues of $18 million at the Digital Real Estate Services segment.

Net income (loss) increased $1.7 billion for the fiscal year ended June 30, 2019 as compared to fiscal 2018 primarily due to lower equity losses of affiliates resulting from the absence of the $957 million non-cash write-down of the carrying value of the Company's investment in Foxtel recognized in fiscal 2018, lower impairment and restructuring charges resulting from the absence of non-cash impairment charges of $280 million primarily related to the impairment of goodwill and intangible assets at the News America Marketing reporting unit.

Revenue from News Corp's News and Information segment has declined in recent years as advertising revenue has shifted from newspapers to companies like Google and Facebook. The challenge for News Corp and other media companies is to find businesses that can produce growth to make up for the news and advertising revenue decline.

In 2018, News Corp and Telstra merged their 50% each ownership in Foxtel with News Corp's FOX SPORTS to create a new version of Foxtel. After the combination, Foxtel provides a greater range of programming to viewers in Australia on a wider range of devices.

From time to time, the Company may pursue new strategic initiatives in order to remain competitive, such as its OTT strategy and its planned migration of subscribers from cable to satellite or internet delivery at its pay-TV business and its new concierge model for its U.S. digital real estate business. The Company may be required to incur significant capital expenditures, marketing and other costs in order to implement these strategies, which may be dilutive to its earnings.

In June 2019, the Company announced that it is reviewing strategic options for News America Marketing, including a potential sale. There is no assurance regarding the timing of any action or transaction, nor that the strategic review will result in a transaction or other strategic change.

In early 2020, Israel-based, Tremor International Ltd, a global leader in video advertising technologies, reached an agreement with News Corp, a global diversified media and information services company, to acquire Unruly, News Corp's programmatic video marketplace for an undisclosed amount. The transaction is expected to be financially beneficial for both Tremor International and News Corp. News Corp is receiving 6.91% of Tremor International stock, subject to an 18-month lock up period and to certain adjustments. "The sale of Unruly marks an important step in our strategy of simplification at News Corp, while we expect it to yield ongoing financial benefits. We look forward to partnering with Tremor and are grateful to Unruly and its truly talented team, who have helped our businesses in the U.K., US and Australia advance their digital advertising expertise." Robert Thomson, Chief Executive of News Corp, said.