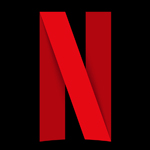 Netflix and chill? More like Netflix and bill the increasing numbers of global viewers who subscribe to the video streaming service. The world's leading internet streaming company distributes movies and TV shows in a variety of genres and languages to with nearly 183 million paid subscribers in more than 190 countries. Netflix creates its own content and strikes deals with other producers for the rights to distribute programming. To keep viewers binging, it deploys sophisticated algorithms to predict viewer preferences and make recommendations on what to watch. Netflix still sends DVDs to US customers through the mail, though the legacy business gets smaller every year.

For its streaming services, the company offers different subscription plans at various price points based on the quality of streaming (Standard Definition, HD, or Ultra HD) and the number of internet-connected screens on which a viewer can watch at the same time (one, two, or four). All plans include unlimited viewing of available TV shows and movies, and can be canceled at any time. The company's content is commercial-free, giving it a leg up in an increasingly competitive market filled with many advertising-supported rivals.

The Los Gatos, California-based Netflix has moved beyond the borders of the US to reach more than 190 countries. Netflix has also created and licensed content for local markets across the globe.

To grow overseas, Netflix must contend with international rivals that may offer pirated content via bootleg DVDs, illegal downloads, or unauthorized streaming. The service is not available in China, one of the few markets it has yet to penetrate. While the nation presents opportunity for significant subscriber growth, Netflix faces rigid restrictions there. As a workaround, the company has been spending to acquire and produce Mandarin-language content to court Chinese audiences living elsewhere.

Netflix has spent increasing amounts of money on advertising, $1,879 million, $1,808 million and $1,091 million for the FY 2019, 2018 and 2017, respectively. It offers a month-long free trial at sign-up to first-time subscribers, a key marketing strategy for the company.

Its US streaming plans consists of Basic plan (with a single non-HD stream) is $8.99 per month while for the Standard plan (two HD streams) $12.99 per month at a time with HD available. The Premium plan (up to four Ultra HD streams) from $15.99 per month.

Netflix' revenue has been rising consistently for the last five years, with an overall growth of almost 200%. Its net revenues has been following a similar pattern, generating a $1.7 billion improvement between 2015 and 2019.

The company's strategy is to grow its streaming membership globally, improving its members' experience by making massive investments in content. Netflix is continuously improving its members' experience by expanding streaming content with a focus on a programming mix of content that delights members and attracts new members. In addition, The Company is continuously enhancing its user interface and extending its streaming service to more internet-connected screens.

The firm continues to explore strategic agreements with TV networks and pay channels while also producing content in-house. Major Hollywood stars including Brad Pitt and Jane Fonda have developed Netflix-only programs, and the company has signed successful TV producers like Shonda Rhimes and Ryan Murphy to exclusive development deals. Netflix lures in audiences with new movie releases such as The Irishman, a crime drama from Martin Scorsese, and breakout TV hits such as Stranger Things.

In 2020, Netflix Inc. has completed its acquisition of Hollywood's iconic Egyptian Theatre from Los Angeles nonprofit American Cinematheque. "The collaboration will allow the American Cinematheque to expand the scope and diversity of programming, while continuing the nonprofit's mission to celebrate the experience of cinema as a moving art form," Netflix said in a statement. Terms of the deal were not disclosed.

In 2019, Netflix to acquire global streaming rights for 'Seinfeld' starting in 2021. It has just scored a major content deal that could help it stem the loss of subscribers as competition among streamers heats up. The company announced it has acquired the global streaming rights to the popular sitcom "Seinfeld," which will bring all 180 episodes of the Emmy winner to Netflix subscribers starting in 2021.

Marc Randolph and Reed Hastings founded the DVD-by-mail service in 1997 as a challenge to Blockbuster Video. (Hastings said he got the idea after being hit with a $40 late fee from Blockbuster for failing to return his copy of Apollo 13, which was overdue by about a month.) The company launched its streaming service in 2007, placing a big (and eventually winning) bet on the popularity of accessing entertainment content via subscriptions over the internet.

Netflix released its first original TV series, House of Cards, in 2013. The critically-acclaimed show was also a hit with audiences, putting the streaming company on the map as a producer of high quality content.