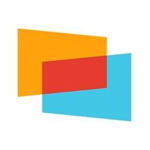 Highly-reputable in the technical and market research industries

Because comScore is a large company, it can be difficult for employees to get noticed by management.

comScore tracks more than 3 million websites each day to analyze the buying and browsing habits of consumers across the globe. In fact, the company tracks the online trends of consumers located in more than 170 countries.

Based in Reston, Va., comScore has been helping companies craft their e-commerce, digital marketing and online strategies since the summer of 1999, when market research professionals Dr. Magid Abraham and Gian Fulgoni founded the company.

Both Abraham and Fulgoni came to comScore with extensive experience in the market research arena. The two men both previously worked at Information Resources, Inc., another well-known market research company. comScore has since become known as the first company to measure not just online browsing behavior but online buying behavior, too.

Today, comScore relies on more than 2 million consumers who allow the company to monitor their online browsing and transaction behaviors. By analyzing these consumers' Internet activities, comScore can advise its business clients on exactly what customers want from their online experiences and, just as importantly, what these consumers are buying once they do click on a commercial website. To provide this service, the company hires analysts, human-resources professionals, engineers and consultants.?

comScore knows the score when it comes to measuring online audience behavior. The company provides data, analysis, and consultancy to more than 3,200 clients looking to fortify their marketing, sales, and trading initiatives. The company leverages insight generated by an armada of several million panelists who it incentivizes to install monitoring software on their various devices, tracking behavior and engagement. Branded products include the Media Metrix and Mobile Metrix online advertising network measurement tools, as well as comScore's Marketing Solutions products, which provide custom research and analysis from its panel. It also provides box office analysis to Hollywood studios. The company was established in 1999. It acquired Portland-based media measurement company Rentrak in 2016.

Digital Audience accounts for more than half of the total revenue. It focuses on the size, engagement, and other characteristics of audiences around the world, across computers, tablets, smartphones, and other connected devices.

TV and Cross-Platform brings in about 25% of sales and focuses on viewership of both traditional television and on-demand television content in the US. It provides a national and local breakdown of audience engagement. It can be integrated with Digital Audience and Advertising metrics for a more sophisticated customer view.

The Movie segment accounts for another 10% of sales and measures movie viewership, captures audience demographics and sentiment via social media and exit polling, and provides software tools to movie studios and movie theater customers around the world.

Virginia-based comScore operates primarily in the US, Canada, Europe, Latin America, and the Asia/Pacific region. The US accounts for more than 80% of total revenue, followed by Europe at around 10%; Latin America and Canada account for the remainder.

The company sells the majority of its products through a direct sales force. Account managers are organized vertically by industries.

comScore's brand marketing efforts include developing relationships with publications, TV networks, reporters, and other media outlets as the company seeks to be known as a recognized and credible resource for digital marketing intelligence. The company also maintains a presence at various industry conferences and tradeshows. comScore’s customers include buyers and sellers of advertising including digital publishing, television networks, content owners, advertisers, agencies, and technology providers. Its top 10 customers account for more than 25% of total sales.

comScore’s revenue has been tracking upwards as a paradigm shift towards internet-delivered content plays into the company’s hands. However, comScore’s recent history can be best described as chaotic: It became embroiled in an accountancy scandal that triggered board-level turnover, a delisting from NASDAQ, and a lengthy internal investigation that eroded trust with customers and hindered progress; the company has racked up annual loss after annual loss. (It was re-listed on NASDAQ in mid-2018).

In fiscal 2017 comScore’s revenue grew modestly, up 1% to $403.5 million, a company record, albeit a significant slowing on previous years. Growth was led by the TV and Cross-Platform and Movies segments, which marginally offset softness in the Digital Audience and Advertising segments. TV and Cross-Platform revenue growth related to increased demand for national and local TV station offerings, which won new customers and expanded agreements with existing customers. Digital Audience revenue was impacted by problems with mobile data sources that caused lower purchases and delayed renewals.

Given the above, comScore’s cash position is poor. It ended 2017 with just $45.1 million in its coffers, a $43.2 million decrease on prior year. It recognized a $56.4 million outflow from operations.

comScore’s immediate concern is returning a degree of stability to its operations. Incoming CEO Bryan Weiner has prioritized regaining its customers’ trust and rolling out new products for its existing customers, which he said is possible without growing headcount. The company also looks to be out of the woods from a litigation/investigation standpoint and re-gained its NASDAQ listing in 2018, which together will help comScore return to profitability.

In 2016, comScore acquired Rentrak, a provider of technology and services to the television audience market, for $753.4 million in an all-stock deal. Rentrak’s television information will enable comScore to provide cross-media products and services, as well as opportunities to cross-sell to each other’s customer base.