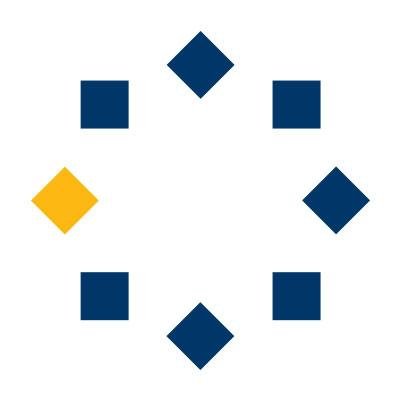 West Monroe is a North American business and technology consulting firm focused on partnering with organizations to resolve timely, complex challenges and fundamentally change their businesses. With the experience to create the most ambitious visions as well as the skills to implement the smallest details of our clients' most critical projects, West Monroe Partners has become a consulting partner of choice for large enterprises and growing, middle-market organizations.

West Monroe was founded in 2002 and has grown without any outside money from a start-up with four employees to a full-service firm with over 380 consulting professionals in seven offices in the United States and Canada.

The firm offers a distinct combination of functional expertise, industry experience, and deep technical know-how to help organizations achieve sustainable success. It works side by side with clients to implement proven business solutions in the following areas: mergers and acquisitions, customer experience, operations excellence, and advanced analytics.

Much of West Monroe's business comes from middle-market clients in the United States and Canada, but a strategic alliance established in March 2010 with BearingPoint in Europe has enabled West Monroe to expand its global market coverage and better provide services to international clients. Under the terms of this agreement, both firms refer business opportunities, collaborate on client work around the world, and share intellectual capital. The two firms continue to focus on their respective local markets, while collaborating on projects that require broader geographic reach.

West Monroe puts a heavy "people first" emphasis on its workforce, and does its utmost to encourage professional development among its consultants. It attempts to create a feedback-oriented, highly participatory culture that affords its employees many opportunities to grow and succeed. That "people first" mentality is a value that is shared from the top down. As CEO Dean Fischer explained to Consulting magazine, West Monroe's guiding principle is: "He who gets the best people wins. We're a people-first organization. That's what West Monroe is all about. It's almost blasphemy to not say that the client comes first, but I really believe that if you put your people first and you treat them right and you grow them and you train them and you do all the things that are necessary to care and nurture them, the outcome of that is going to be great client service."

To further strengthen its "people first" commitment in 2012 West Monroe undertook a firm wide initiative to enhance its performance management process. Accordingly, everyone in the organization received a copy of the book, 'Building Career Equity – How professionals and their firms achieve mutual and meaningful growth', by Jan Torrisi-Mokwa. Career Equity is a way of thinking and a framework that helps people understand how to build and deploy career assets in pursuit of meaningful work and job satisfaction.

West Monroe supports its people in their discovery and development of their talents through: challenging on-the-job experiences; exposure to c-level executives and their business issues; side-by-side coaching from leaders; and a mutually agreed-upon career development plan that is customized by individuals, based on their innovation, passion, and impact on the business.

In Chicago, West Monroe has senior executives on the board of two organizations that prepare academically achieving but economically vulnerable high school students for college and career success – HFS Scholars and Chicago Scholars.

The firm also has a longstanding affiliation with the Student Conservation Association, a national conservation group aimed at high school and college students. A number of West Monroe's employees are active in SCA's work, and CEO Fischer sits on the group's board of directors. West Monroe executives are also heavily involved with the U.S. Fund for UNICEF.

Making waves in the Pacific Northwest

For the third year in a row, Seattle Business magazine named West Monroe Partners' Seattle office its "Best Company Headquartered Outside of Washington." West Monroe is the only firm that made the list in both 2011 and 2012. Seattle Business Magazine recognizes companies throughout Washington State for outstanding employee culture, values, and benefits.

The firm launched a key program in 2012: West Monroe Partners' Innovation Network (iNET). The firm's ability to innovate is fueled by interest and willingness to drive the development of value-add solutions that meet new and complex needs, or address existing, unresolved market conditions. Through the firm's investment in iNET, West Monroe will continue to enable its employees to apply everyday skills to their personal passions, bringing new ideas to life. The potential benefits to the firm and individual career development are endless.

Blowing out the candles

West Monroe Partners celebrated the company's 10th Anniversary with a firm-wide All Company Meeting. The 3 day event included building relationships, collaborating on future plans, celebrating with friends and WMP family, and reflecting on the firm's past success.

The firm handed out its first ever "Sequoia Awards" to over twenty employees at its All Employee Meeting. Designed to reward those employees who are making a positive impact in coaching and mentoring talent within the firm, the award is named after the sequoia tree. While they are the tallest trees in the world, sequoias have very shallow root systems. Each tree reaches out with its roots to embrace those of neighboring trees, forming a kind of interlocking network of roots that allows each sequoia to stand tall and secure. That allows the trees to exhibit behaviors that the awards are designed to showcase in employees: the concept of standing tall in each other's presence, and becoming strong through mutual support.

The firm held its second annual on-campus Technical Consulting Competition on campus. For the 2012 competition, the firm had 18 participating teams from Purdue University and University of Illinois. Six teams made it to the final round, with one winning team announced from each school. Members of the winning team each won an iPad.

The firm was named one of the 50 most Generation Y-friendly companies in the Chicagoland area in a biannual ranking published by Brill Street + Company. West Monroe Partners gained 10 spots to rank 19th in 2011, up from 29th in Brill Street's inaugural 2009 list. For the purposes of the study, Brill Street defined Generation Y as employees 28 years old and younger.