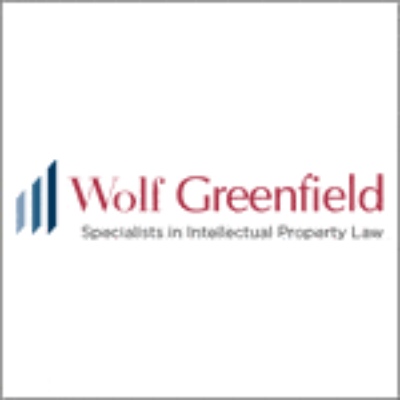 “Assignments are not distributed evenly.”

“I do sometimes miss being around people who do other, non-IP work. …”

One of the most reputable firms in Boston, Wolf Greenfield has made a name for itself as an IP powerhouse. With just under 100 attorneys, Wolf Greenfield is known for its work in patent litigation on technology matters. The firm has kept to the East Coast with one office in Beantown and one in the Big Apple.

Wolf Greenfield was founded in 1927 by patent attorney Ezekiel Wolf in Boston. In its first decades, clients included famed electrical engineer Andrew Alford and radio pioneer Reginald Fessenden. The firm is no stranger to making history, and over the years has had its hand in some of the most important IP developments. In 1961, the firm successfully argued Aro Manufacturing Co. v. Convertible Top, now known as the seminal Supreme Court case covering the doctrine of permissible repair. A few decades later, in the much different technological era of 1998, the firm’s lawyers crafted the winning argument in the landmark State Street case, which set the stage for software patents and the patentability of business methods.

Wolf Greenfield focuses on eight main practice areas: biotechnology, chemical and material technologies, electrical and computer technologies, litigation, mechanical technologies, pharmaceutical, post-grant, and trademark and copyright. The firm files thousands of patent and trademark applications each year. And its bench has deep experience—more than 90 percent of the firm’s professionals have backgrounds in engineering or science and more than 50 percent of attorneys previously worked as engineers or scientists.

The firm represents clients large and small in patent litigation in district courts around the country and on appeal before the Federal Circuit. Its lawyers are frequently called upon to represent technology companies in high-stakes patent litigation before the International Trade Commission, where Wolf Greenfield has an outstanding track record. Wolf Greenfield also has a long and successful history in post-grant matters before the Patent Office and is regularly engaged by clients when the stakes are high.

Wolf Greenfield isn’t the only firm with technology specialists—but it was the first to do it in Boston. In 1988, the firm launched its technology specialist program, which continues at the firm today. The firm’s technology specialists assist in making the scientific data and work relating to patents understandable. Among their tasks include client interviews and research, as well as drafting patent applications and communications to the USPTO and reviewing patents. Specialists follow one of two tracks at the firm, either attending law school part time or developing a career as a patent agent.

A proud tradition of excellence in IP

For over 80 years, Wolf Greenfield has offered its clients a level of expertise matched by few other firms. Like the inventors and innovators we serve, we have backgrounds as engineers, scientists, and specialists in fields as diverse as biotechnology, computer science, mechanical engineering, and countless other areas of science. Our unitary focus on intellectual property has proven to be advantageous. Wolf Greenfield attorneys genuinely believe IP to be the most exciting field in the legal industry, and we value our interactions with clients whose inventions, products, and services are changing the world for the better. As a firm, we make sure our attorneys' commitment and dedication is matched by a rich infrastructure designed and refined with the practice of IP law in mind. With over eight decades of IP experience behind us, we understand intellectual property - its subtleties, intricacies, and how best to serve our clients' IP needs - on a level other firms can only hope to achieve.