“The work is interesting and really cutting edge.”

“The amount of work and always being ‘on.’”

From its 19th century Chicago roots, Winston & Strawn has grown to a global law firm of nearly 1,000 attorneys across the United States, Europe, and Asia. Winston is particularly known for its work in middle-market private equity, IP, labor and employment, renewable energy, sports law, and white collar.

Diversifying with the Times

The firm that became Winston & Strawn opened its doors in the Windy City in 1853 under the leadership of Harvard grad Frederick Hampden Winston, who played a vital role in Chicago’s emergence as a powerful business and financial center. Winston left the practice in the hands of his son Frederick Seymour Winston in 1885 to become the American Minister to Persia under Grover Cleveland. Silas Strawn joined the firm in 1892 and practiced there for the next 53 years, including 40 as managing partner.

The late 20th century saw the firm grow its ranks from double to triple digits. And in recent years, the firm has continued its growth by forming YuandaWinston, a strategic alliance with China law firm Yuanda, and through strategic lateral hires including a group of litigators from Scheper Kim & Harris LLP in Los Angeles.

Winston has long been identified with several prominent corporate brands, and the firm represents a range of Fortune 100 companies in diverse transactions and litigation. Its work for Panasonic includes numerous antitrust cartel investigations and litigations around the world, including defeat of a major price-fixing consumer class action. JPMorgan Chase, Goldman Sachs, Discover, Wells Fargo, and other big financial institutions regularly tap Winston to handle a host of matters ranging from large corporate financings to litigation and class actions to investigations and regulatory matters.

NFL Players Association go-to litigator Jeffrey Kessler has earned notoriety for the firm (and ire from the NFL) for his representation of players such as Tom Brady, Ray Rice, Adrian Peterson, and Ezekiel Elliott in high-profile arbitration hearings. Kessler is also well-known for his representation of the U.S. Women’s National Team in its successful fight for equal pay against the U.S. Soccer Federation and his stunning win—at trial and on appeal—for a group of college athletes in their historic fight against the NCAA’s limitations on colleges and universities providing education-related benefits beyond tuition.

Winston isn’t focused only on bringing in all-star attorneys; it also is committed to bringing in top talent to promote professional development and wellness. With a chief talent officer at the helm, the firm has rounded out a talent team that also includes a career coach, diversity and inclusion professional, and professional trainer. The firm offers multiple outlets for attorneys to develop professionally and personally, including Winston University training programs; the Winston for Good Corporate Social Responsibility program; Diversity & Inclusion affinity groups for Black, Latinx, Asian, LGBTQ, and women attorneys; and Winston Wellness initiatives focused on attorney and staff mental health. 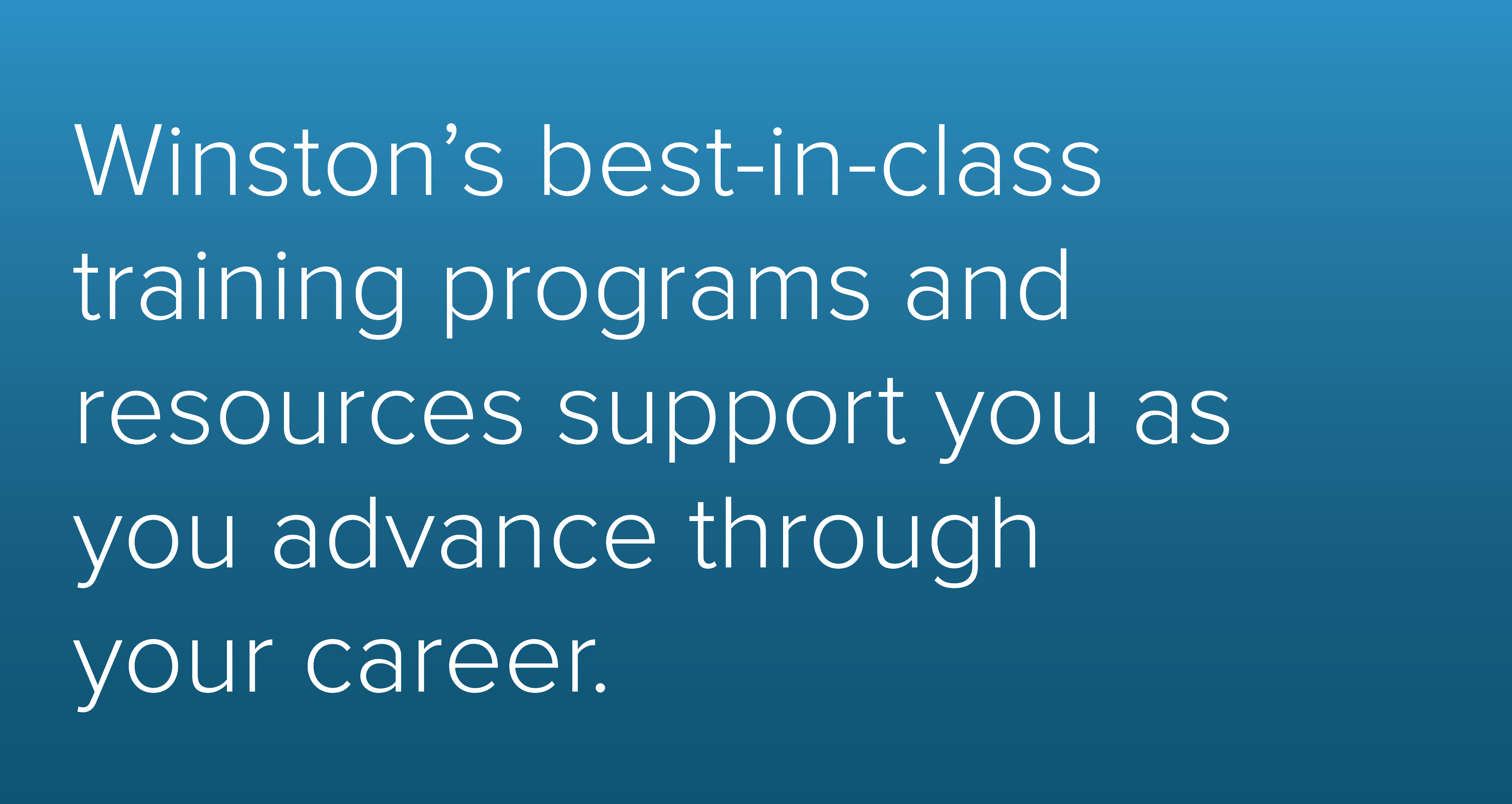 No. of International Offices: 6