“Sometimes the hours are long.”

Thriving since the late nineteenth century, Dallas-based Thompson & Knight has evolved from a Texas oil-and-gas law firm into an international practice with locations and associated offices in Europe, Africa, and Latin America.

The firm's founders, William Thompson and R.E.L. Knight, were among the first graduates of The University of Texas Law School and established the firm in Dallas in 1887. While the firm is still best known for its experience and accomplishments in the energy arena, its specialties have grown to include such areas as tax, finance, litigation, and corporate bankruptcy. The BigTex firm has handled matters in all of the large Texas cities, including Dallas, Houston, and Austin, but its reach extends far beyond the Southwest into New York, Mexico, Algiers, and London.

In addition to energy, Thompson & Knight’s bankruptcy practice is particularly strong, having represented creditors in the bankruptcies of many of the biggest fallen giants, including Enron, WorldCom, and Adelphia. Some of its other major clients have included BNSF Railway Company, Johnson & Johnson, Dow Chemical Co., and Lockheed Martin.

Energy, the crown jewel in Thompson & Knight’s practice, remains its core strength. Thompson & Knight was named the 2018 “Law Firm of the Year” in Natural Resources Law by U.S. News - Best Lawyers®, and the publication named the firm “Law Firm of the Year” in Oil & Gas Law in its 2011-2013, 2015, and 2017 editions. The firm has represented large multinational oil companies and state-run conglomerations in almost every aspect of the energy industry. The firm's foreign offices have been instrumental in assisting clients with oil and gas deals overseas and negotiating with foreign governments. In related environmental arenas, Thompson & Knight has defended railway companies against multiple lawsuits alleging toxic contamination, has worked on drilling and leasing issues for oil and gas companies, and has handled a variety of other cases for chemical plants and pipeline companies.

Connecting with the Community

Thompson & Knight doesn’t just have deep roots in Texas—it’s part of the community. The firm is active in the Lawyer on Loan program through the Dallas District Attorney’s Office. Every quarter, a new associate from the firm serves as a Deputy Assistant District Attorney, gaining experience in criminal law. Additionally, four graduates of the Booker T. Washington School for the Visual and Performing Arts in the Dallas Independent School District receive scholarships from the firm.

Due to the pandemic, we transitioned our traditional summer associate experience to a virtual 5-week program. All of our summer associates received a firm laptop and technology equipment prior to the start of the program. Following our summer program, we hosted multiple virtual panels for diverse and first-year law students, including a panel discussion about the virtual interviewing process, followed by a mental health discussion surrounding the stress attorneys face throughout their careers. We hosted several law school virtual events in effort to connect with law students. Virtual interviewing tips and resources were sent to both students and attorneys prior to interviews. These tips provided advice for before, during, and after the interview, as well as virtual backgrounds and additional resources for the student. Virtual office tours were filmed to give the student a look at the inside of the office in which they were most interested. 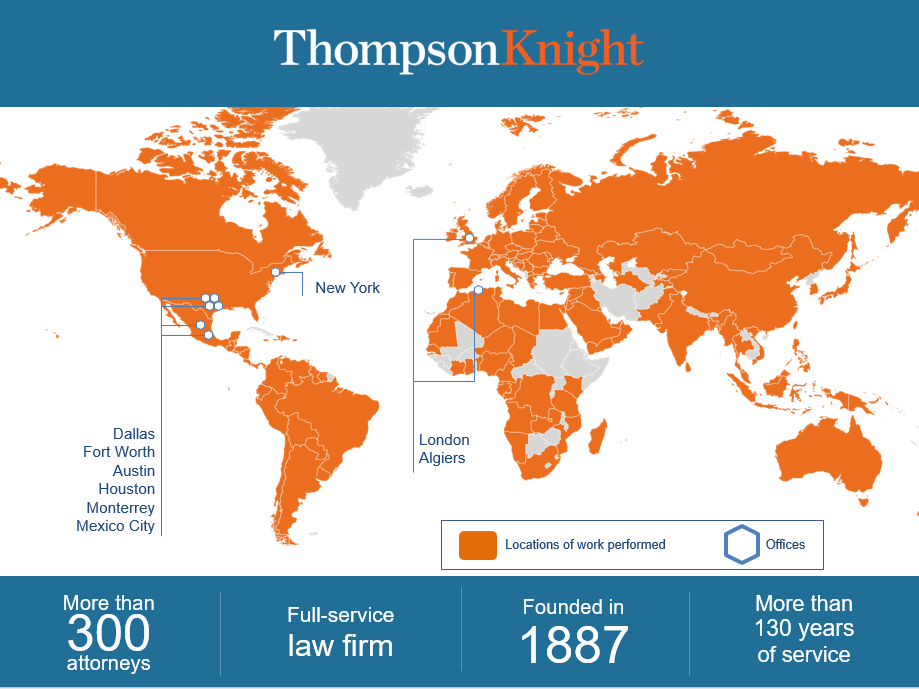 No. of International Offices: 4