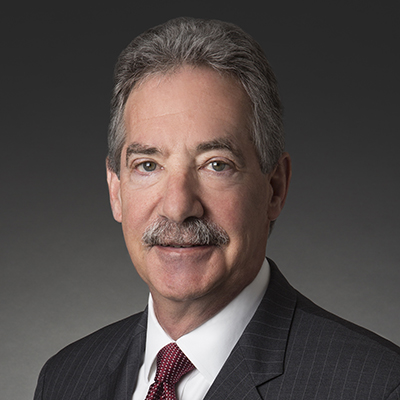 Jim Cole is a global co-lead of the White Collar: Government Litigation and Investigations practice. His practice includes the full range of federal enforcement and internal investigation matters, with a particular emphasis on cross-border and multi-jurisdictional matters. He has extensive experience overseeing sensitive and controversial matters, both within the government and while in private practice. Jim served as the Deputy Attorney General of the United States, the second highest official at the Department of Justice (DOJ), from January 2011 until January 2015. Jim first joined the DOJ in 1979 and served there for 13 years in different roles, including as a trial attorney in the Criminal Division and as Deputy Chief of the Division’s Public Integrity Section. He left the DOJ for private practice where he worked on white collar defense matters and corporate counseling. In addition to his work as a defense lawyer and corporate counselor, Jim was appointed as the Special Counsel to the U.S. House of Representatives Ethics Committee to conduct its investigation of then-Speaker Newt Gingrich and was appointed as the independent monitor for a large financial institution.

Please provide an overview of what, substantively, your practice area entails.

My practice includes the full range of federal enforcement and internal investigation matters, with a particular emphasis on cross-border and multi-jurisdictional matters. I have extensive experience overseeing sensitive and controversial matters, both within the government and while in private practice.

How did you decide to practice in your area?

I joined the Justice Department in 1979 out of law school as part of the Attorney General’s Honor Graduate Program. I spent 13 years in the Criminal Division’s Public Integrity Section prosecuting public corruption cases. I eventually became the Deputy Chief of the Section and, among other cases, prosecuted a member of the US Congress, a federal prosecutor, and a federal judge. When I entered private practice I represented both individuals and corporations in white-collar investigations and trials and was appointed by the Ethics Committee of the US House of Representatives to lead the investigation of then Speaker Newt Gingrich. In 2011 I was appointed by President Obama as the Deputy Attorney General of the United States, the second highest official at the DOJ. I served in that position from January 2011 until January 2015. In that role, I was responsible for the day-to-day supervision and direction of all organizational units of the DOJ and worked closely with Attorney General Eric Holder to formulate and implement key policies and programs for the Department. I was also one of the key representatives of the DOJ to the National Security Council. Among my key achievements, I enhanced coordination between the DOJ and financial regulatory agencies, including the SEC and the IRS, and between DOJ and overseas law enforcement, regulatory and policy-making agencies in the UK, France, Germany, Switzerland and other countries. I also worked closely with the Attorney General to formulate high-profile initiatives, including the federal response to state decriminalization of marijuana and the “smart on crime” program to reduce the non-violent prison population and the large proportion of African Americans in federal prisons. All of this led me to a lifelong dedication to making sure the criminal justice system operates fairly and effectively for all sides.

What is a typical day or week like in your practice area?

My days and weeks vary: some days I am traveling to conduct investigations, appear in court, and advise clients. Other days I am mentoring and developing junior lawyers in the department, and providing industry-shaping thought leadership via presentations, interviews and articles.

What is the best thing about your practice area?

Leading a practice that is recognized for its impressive breadth, with expertise across a wide range of areas and having the opportunity to work with some of the most talented lawyers in the field.

What is the most challenging aspect of your practice area?

Dealing with the new challenges that arise each day involving both legal developments and technical developments. For example, the rapid advancement in technology presents legal issues that many of our laws are not equipped to address.

I recommend that those looking to enter a white-collar practice spend time both in government service and in private practice. It is important to develop both perspectives in order to be an effective counselor and advocate.

It is a misconception that white-collar lawyers are litigating in the courtroom daily and all of our cases are headline news. A successful matter is one that never makes it to the courtroom or the newspaper. Some the greatest successes never become public because victory was achieved by convincing prosecutors not to pursue charges against our clients or we provided advice ahead of time that prevented any violations from taking place.

What is unique about your practice area at your firm, and how has it evolved since you have been at the firm?

I am in good company here; many of our Sidley lawyers have served in the government prior to joining private practice. Dozens of our lawyers have held high-level positions at the Justice Department, other federal departments and agencies, the White House, and on Capitol Hill. In the DC office alone more than 120 lawyers have served as clerks in federal and state courts across the country, including 20 who served as U.S. Supreme Court clerks.

What activities do you enjoy when you are not in the office, and how do you make time for them?

I have served as an adjunct professor at Georgetown University Law Center and have lectured at Harvard University’s Kennedy School of Government. I am a former chair of the American Bar Association (ABA) White Collar Crime Committee and served as the Chair Elect of the ABA Criminal Justice Section.