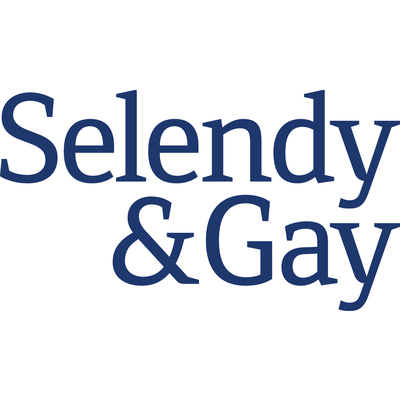 Formed by a group of ex-Quinn Emmanuel partners, Selendy and Gay was destined to become a powerhouse litigation shop before it even opened its doors. Just north of 40 attorneys, each with an impressive resume, Selendy & Gay lives up to expectations with its navigation of complex, bet-the-company matters.

In 2018, two Quinn Emmanuel legends decided to break away from the firm to form litigation boutique Selendy & Gay. The firm’s founding partners include litigation heavy weights Jennifer Selendy, David Elsberg, Phillipe Selendy, and Faith Gay. Jennifer Selendy and David Elsberg have been named “Elite Boutique Trailblazers” by National Law Journal, and Philippe Selendy has earned such titles as the “Man Who Took on Wall Street,” and “Grand Prize Litigator of the Year.” Faith Gay previously served as co-chair of Quinn’s National Trial Practice and was the chief of special prosecutions in the Eastern District of New York. The founding partners didn’t come alone, however—they brought eight additional Quinn colleagues along to achieve the goal of opening a client-centered firm.

Selendy & Gay focuses exclusively on high-stakes litigation and investigations. The firm’s founders are experienced trial attorneys who don’t shy away from bet-the-company cases. And with the combined expertise of former senior prosecutors and government officials, they also have just the know-how that is needed to defend Fortune 500 companies from criminal and regulatory actions. The firm handles cases that run the gamut from contract, antitrust, RICO, class action, manufacturing, securities, trade secrets, energy, consumer products, and insolvency disputes.

Selendy and Gay values diversity and has the stats to prove it. The firm touts over 50 percent female equity ownership, and more than 20 percent of the firm’s attorneys identify as LGBTQ. Additionally, the firm supports a long list of organizations: National Center for Lesbian Rights, American Civil Liberties Union, New York Civil Liberties Union, Lambda Legal, National Center for Law & Economic Justice, Equal Justice Works, American Immigration Representation Project, National Center of Access to Justice, NYU Center of Civil Justice—are you getting the picture? As the firm itself says, “a commitment to diversity isn’t the same as achieving it”—and it seems that Selendy & Gay is achieving it.

On April 23, 2020, the Sixth Circuit issued a landmark decision recognizing a fundamental federal right to a basic minimum education and access to literacy. The ruling revived a lawsuit brought on behalf of a group of Detroit schoolchildren over poor conditions in the city’s schools.

Reversing, in part, the lower court’s decision, the Sixth Circuit recognized the rights to a minimum education and access to literacy as part of the 14th Amendment's substantive due process framework, guaranteeing the education needed "to provide access to skills that are essential for the basic exercise of other fundamental rights and liberties, most importantly participation in our political system.”

Selendy & Gay and Roche Cyrulnik Freedman filed 11 class actions in the Southern District of New York against four of the world’s major crypto-asset exchanges and seven digital token issuers who allegedly offered and sold billions of dollars of unregistered digital tokens and other financial instruments to investors in violation of federal and state securities laws.

The exchanges profited handsomely from listing digital tokens on their platforms. In addition to receiving fees for each transaction performed, some exchanges allegedly received large cash payments from issuers seeking to list tokens.

“The crypto-asset market has exploded in the last few years with ICOs that make great promises but deny investors critical information on the securities sold. Not unlike the mortgage crisis that led to the Great Recession, the alleged pattern of misconduct by exchanges and issuers yielded billions in profits for wrongdoers through a basic betrayal of public trust. The lawsuits we filed seek to restore integrity and transparency to these new financial markets,” said Philippe Selendy, a lead partner on the cases.