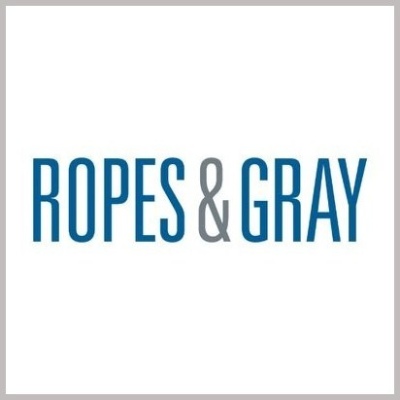 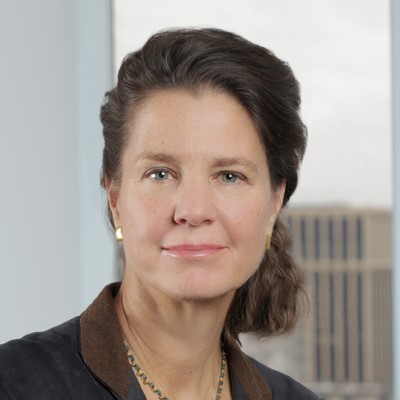 Joan McPhee has more than two decades of experience representing companies and individuals in gov-ernment enforcement matters, as well as white collar criminal investigations and trials. She has been lauded for her handling of high-profile and high-stakes matters, including a case that gained nationwide attention following the 2010 Deepwater Horizon oil spill. A leader of Ropes & Gray’s independent investigations group, Joan recently co-led a 10-month independent investigation commissioned by the U.S. Olympic Committee into the abuse of elite and Olympic gymnasts by Larry Nassar. The detailed public report was described by The Washington Post as “thorough and unstinting” and was featured in hundreds of news outlets around the globe. Throughout her career, Joan has been dedicated to public service—in government, in community organizations, and in leadership roles on diversity and inclusion initiatives in the legal profession. She has held numerous leadership positions at Ropes & Gray, serving for 10 years on the firm’s governing board and for many years as head of the government enforcement practice. In addition, she co-chairs Ropes & Gray’s diversity committee and has served in a leadership role with the firm’s pro bono committee.

I represent companies, organizations, and individuals in criminal investigations, internal investigations, and government enforcement actions, as well as in parallel civil litigation and administrative proceedings. The practice involves representing clients at trial and also in the investigative phase and during negotiations with the government to achieve a non-prosecution disposition or civil resolution. My practice also involves counseling clients on risk mitigation and effective compliance measures. In addition to my work on government enforcement matters, I have also served as an independent investigator with a mandate to conduct a thorough and independent investigation, make factual findings, and report those findings directly to the public.

I represent a wide range of clients, including health care companies, private equity firms, financial institutions, pharmaceutical companies, hospitals, academic institutions, and nonprofit organizations. I have also represented a broad array of individuals, from senior executives and board members to physicians and engineers, defending them against a range of charges, including financial fraud, health care fraud, obstruction of justice, securities fraud, and tax fraud. The diverse nature of my clients, both corporate and individual, and the challenges they face, creates a constant need to learn about new industries, lines of business, academic endeavors, and nonprofit pursuits, as well as new areas of the law. This diversity is one of the aspects of my practice that, while challenging, I most enjoy.

A few recent matters illustrate well the varied nature of my practice. I served as lead trial counsel for Kurt Mix, a drilling engineer, in a two-count felony obstruction of justice case related to the Deepwater Horizon oil spill. Mr. Mix was indicted and went to trial in federal court in Louisiana. Thereafter, in response to a defense submission—and three weeks before a scheduled retrial—the Department of Justice dismissed all obstruction of justice charges against Mr. Mix. The case took more than four years from inception of the government’s investigation through trial, appeal, and ultimate dismissal of the obstruction charges.

I am currently representing a multinational company in a cross-border investigation being conducted by Brazilian authorities, as well as the SEC and the Department of Justice. The matter relates to alleged antitrust and corruption violations.

I also co-led an independent investigation throughout much of 2018, commissioned by the United States Olympic Committee, into the abuse of elite and Olympic gymnasts by Larry Nassar, the former national team doctor for USA Gymnastics. The investigation culminated in a detailed public report addressing “who knew what when,” as well as contributing factors and cultural conditions in the decades-long abuse.

Early in my career, after completing a federal district court clerkship, I served as an Assistant United States Attorney in the Criminal Division of the United States Attorney’s Office for the Southern District of New York. As an Assistant United States Attorney, I investigated numerous matters, including armed bank robbery, labor racketeering, financial fraud, sexual exploitation of minors, and organized crime. I also tried approximately a dozen criminal cases during my roughly five-year tenure in the office. That intensive exposure to the criminal justice system as a federal prosecutor honed my investigative and trial skills and also captured my interest and commitment to handling matters where the stakes are high and the interests of justice strong. When I joined Ropes & Gray in 1990, there was no formal government enforcement practice. But as the government came to target more and more companies and their personnel across a range of industries, the practice soon became established at Ropes & Gray and has grown year over year—we now have more than 100 enforcement attorneys worldwide.

There is no typical day in the office, and it is not uncommon for unexpected developments to upend what had otherwise been planned for a given day. It is a practice that is highly reactive—to actions by the government, orders from the court, the emergence of new evidence or investigative leads, or developments that present a risk of immediate harm to a client’s reputation. Other, more day-to-day aspects of the practice include witness interviews, review of key documents, strategy discussions with clients and colleagues, preparation of presentations to the government, and motion practice in court.

In law school, taking classes in criminal law and criminal procedure will give you a sense for whether this is an area of the law that interests you. Then, as a junior lawyer, there is no better training to be a government enforcement practitioner than to get involved in significant investigations that provide the opportunity to participate in witness interviews, to dive into the documentary record and other factual material, and to help prepare a case for trial or navigate a path to resolution. If you have the opportunity to go to trial in a case that you have worked on during the investigative phase, it will give you the invaluable opportunity to see and learn firsthand how a case comes together—the way the documents, witness testimony, and other evidence are used in support of the prosecution or defense case, and how that evidence is both presented and challenged at trial, in direct and cross-examination, in opening and closing statements to the jury, and in other trial proceedings.

What is the most challenging aspect of your practice area?

I represent clients who typically are facing among the most difficult, challenging, and stressful events in their lives. They are facing problems that they cannot solve on their own, be it a major company or a lone individual facing criminal charges. There is heightened risk for individuals, as their liberty is on the line. For companies, the legal, financial, and reputational consequences of a criminal conviction—or even being charged with criminal misconduct—can be devastating. The stakes are thus very high in government enforcement matters, and a fair and just resolution is imperative. The responsibility as counsel is enormous, but the flip side is that the work, focused on ensuring that justice is done, becomes mission driven. It is extremely gratifying to help individuals and companies through such a harrowing and critical set of challenges.

My practice is constantly changing. The subject matter may be completely different from one case to the next. I am always diving in and having to become an expert in a new area. That type of constant tumult and challenge may not appeal to everyone, but I have found that I thrive on it.

I also like the opportunity to get deeply involved in a subject. Government enforcement cases are often very extended matters. It is not uncommon for investigations to last for many months or even years. The independent investigation commissioned by the U.S. Olympic Committee took approximately 10 months to complete, and included more than 100 witness interviews and review of more than 1.3 million documents. Major government investigations into alleged corporate misconduct can take four or five years from inception to resolution.

The other thing I like about my practice is that it presents opportunity after opportunity to work collaboratively with many different colleagues here at Ropes & Gray, as well as colleagues at other firms.

And once again, I like the critical nature of investigative and enforcement matters. Working hard to help my clients get the best possible outcome when they are facing tremendously difficult circumstances is highly rewarding.

What are some typical tasks that a junior lawyer would perform in this practice area?

Junior lawyers often participate in witness interviews, and also will review documentary evidence, conduct legal research, and draft factual and legal memoranda, as well as presentations to the government and briefs submitted in court. They will also participate in drafting detailed reports at the conclusion of an investigation. Junior lawyers will have opportunities to engage with expert witnesses, oversee forensic reviews, and help to prepare a case for trial. There are also opportunities to participate in strategy sessions with clients and to argue motions in court, as soon as the junior lawyer has demonstrated that he or she is prepared and ready to take on that role. In short, the work of junior lawyers in the practice is highly varied and important, and it is typically very interesting.

What are some typical career paths for lawyers in this practice area?

Some enforcement lawyers follow a career path similar to my own, with early experience as a federal prosecutor in a U.S. Attorney Office or at the Department of Justice, or in other public service positions that afford the opportunity to try cases—for example, with the Securities and Exchange Commission or in state prosecution offices. But that is not the only avenue. Many of my colleagues at Ropes & Gray started their careers with the firm and built strong white collar defense and government enforcement practices based on the many opportunities at the firm and their own exceptional talent and commitment. Yet another pathway for many lawyers who practice in the field is to begin their careers as criminal defense counse, perhaps starting in public service, and build a practice and reputation from there. Whatever path is chosen, the critical component that cuts across the different pathways is the opportunity to engage across a broad range of complex investigations, criminal trials, and other enforcement matters.