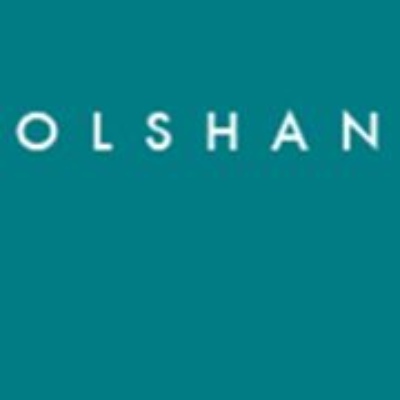 Olshan Frome Wolosky is a midsize New York firm with an international wingspan. With clients ranging from public and private companies to investment funds to entrepreneurs, the firm touts itself as a specialist in the industries of art; fashion and retail; film, television, and video production; health care, pharmaceutical, and biotechnology; insurance; private equity; restaurant, hotel, and hospitality; and sports and entertainment.

Olshan was founded in the 1960s by Marvin Olshan and Neil Grundman, who joined forces to focus on real estate transactions and, interestingly, on the then-expanding bowling alley industry. Soon after the firm opened, the two were joined by Jerome Kretchmer, who had also served in the roles of State Assemblyman and NYC Environmental Protection Administrator before running for Mayor. On top of Olshan’s internal growth, much of the firm’s expertise was developed by way of acquiring highly talented groups of lawyers from other firms.

A Force Beyond New York City

Although smaller than the mega-firms that call New York City home, Olshan stands out. Its real estate practice, as a pillar of the firm from day one, has had a hand in developments, acquisitions, foreclosures, and other deals related to buildings in Times Square, on Fifth Avenue, and in other New York hot spots. But it doesn’t stop in New York. Chicagoans are no stranger to the Prudential Plaza towers—Olshan attorneys represented investors in the $100 million restructuring project to take control of these buildings. The firm’s real estate prowess has also extended to projects as far away as Seattle, Las Vegas, and Miami.

Speaking of far reaching, the firm’s international practice group packs a global punch. Olshan has helped international clients navigate transactions of all sizes and complexity. Dispute-wise, the firm has represented foreign clients in New York courts (often specified as the dispute resolution venue in commercial contracts) and is a frequent advocate for clients before the International Centre of Dispute Resolution. From a proxy contest in the Netherlands to a development project in Iraq and from a bankruptcy in Australia to data collection endeavors in Japan, France, and England, the firm has covered just about everywhere you can point to on the map.