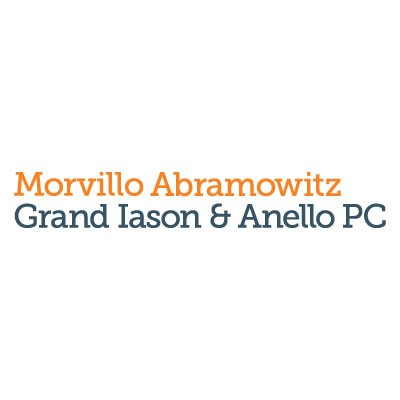 “Big-firm compensation with a small-firm feel.”

“The other associates are all kind, fun, and accepting people. The partners are each extraordinarily accomplished, and you can learn a lot from them.”

“Interesting cases, great exit opportunities, and the ability to take on a substantive role in cases.”

“Lack of mentoring and training.”

“Workload can sometimes be uneven in terms of quality and quantity.”

Morvillo Abramowitz's expertise in white collar defense and securities law dates back to its beginnings. In 1972, John Martin and Otto Obermaier created Martin and Obermaier, a boutique firm, to represent business executives and government officials embroiled in sensitive matters. A year later, Robert G. Morvillo—who had served as head of the Securities Fraud Unit of the U.S. Attorney's Office for the Southern District of New York and later became the office's Chief of the Criminal Division—brought his seasoned expertise to the firm. Morvillo started to make his mark immediately, becoming the principal counsel to Merrill Lynch, an early client of the firm.

More S.D.N.Y. veterans followed. In 1979 and 1985, two more Chiefs of the Criminal Division joined: Elkan Abramowitz and Lawrence Iason. Iason briefly left the firm to head the Securities Exchange Commission of New York but later returned. Paul Grand, Chief of the Securities Fraud unit, came to the firm in 1989, and in 2002, longtime associate Robert J. Anello—who had snagged Deloitte and Morgan Stanley as clients—was added to the masthead.

Making Room in the Trophy Case

Morvillo Abramowitz's status as a leading litigation firm is well known, and its white collar defense practice in particular has drawn universal acclaim. Morvillo is among the top 20 firms in Vault’s White Collar Defense & Internal Investigations ranking. The firm has also been recognized as a leader in this area by the likes of Chambers USA, Benchmark Litigation, Legal 500 US, Who's Who Legal, and U.S. News and World Report. Morvillo partners have been named New York Super Lawyers and Rising Stars and have been recognized as leading lawyers by Chambers USA.

Morvillo Abramowitz has an enviable list of representations and clients, past and present, including Steven Davis, the former Dewey & LeBoeuf Chairman, in what had been referred to as the legal industry’s ‘trial of the year’; the Supervisory Board of VimpelCom, Ltd., an Amsterdam-based telecommunications company, in one of the largest FCPA investigations in U.S. history; the Executive Chamber of the Office of the Governor of the State of New York in a high-profile investigation into the shutdown of the Moreland Commission on Public Corruption; and several high-profile individuals on both sides of MeToo litigation.

Our approach to recruiting has not changed since the start of the pandemic. We continue to seek out and hire top-notch candidates.

In just the last eight months, Morvillo Abramowitz lawyers were recognized as leaders in their field in Chambers USA (April 2020), Legal 500 (June 2020), and Benchmark Litigation (October 2020), among other publications. The firm took top billing in the areas of white collar criminal defense, investigations, employment litigation, and trial practice. And in July 2020, Partner Brian Jacobs was named to Benchmark Litigation’s Under 40 Hot List for the fifth consecutive year.

Since the start of the pandemic, the firm has continued to publish and speak extensively on topics as varied as “Anticipating Justice Amy Coney Barrett’s Role in Tax Jurisprudence,” “How A Supreme Court Case About The Affordable Care Act Could Change Federal Criminal Law,” and “How DOJ Shows It ‘Cares” About CARES Act Fraud.”