“The people are as good as it gets.”

“The work is unpredictable.”

Milbank LLP is one of the nation’s leading firms for corporate finance and restructuring, litigation, and project finance and is known for its international work and focus on the energy sector.

Milbank planted its roots in Wall Street more than 150 years ago as Anderson, Adams & Young. The firm’s first clients included American entrepreneurs, bankers, and railroad financiers, including the Vanderbilts and the Rockefellers. The firm weathered two World Wars, the Great Depression, and a long string of mergers before settling in as Milbank, Tweed, Hadley & McCloy in 1962. Today, the firm has 12 offices across the globe—including its new digs in Hudson Yards. The firm also rebranded in 2019, shedding the “Tweed, Hadley & McCloy” to become simply Milbank LLP.

Milbank is a giant in the corporate law space, with a stellar reputation among leading financial institutions and other corporate clients. The firm’s No. 1 spot in Vault’s Project Finance ranking is just the beginning—Milbank is also among the top 20 firms for Banking & Financial Services, Securities/Capital Markets, General Corporate Practice, and M&A.

Milbank’s financial restructuring group has consistently ranked as one of the preeminent practices and leaders in its field. The team is often called into action to represent creditors and other key stakeholders in complicated restructurings, including Puerto Rico, Gymboree, J. Crew, Pacific Gas & Electric, and Caesar’s Entertainment. The firm also advises major hedge funds and private equity firms on complex M&A transactions involving swapping debt for equity to de-stress companies in distress.

Given the firm’s corporate prowess, it is no surprise that it is home to strong securities litigation and white collar defense groups. Among the firm’s ranks are former SEC attorneys (including its former head of enforcement), the former chief of the Securities and Commodities Fraud Task Force at the U.S. Attorney’s Office for the SDNY, and seven former Assistant U.S. Attorneys.

Milbank also has a highly regarded Global Projects, Energy, and Infrastructure practice. The firm has a hand in bringing a range of infrastructure projects to life, from financing for airports and roads to ports and pipelines. On the energy side, the firm works with some of America’s most ambitious offshore wind projects and ethanol producers, while keeping a foothold in fossil fuel and metals projects.

Milbank’s training programs are truly Ivy League. For one week each year for three years, the firm’s third-year through seventh-year associates head to Cambridge to be schooled Harvard style on topics ranging from management skills to business to client relations through the firm’s program Milbank@Harvard. The program is taught by professors from Harvard’s Law and Business schools, with Milbank partners offering real-world examples and anecdotes.

The firm’s training isn’t limited to the ivory tower, though. On the home front, litigation associates participate in a multiple-year training program called Advocacy@Milbank, while transactional associates take part in Deals@Milbank.

With its move in early 2019 to New York’s Hudson Yards, Milbank seized the opportunity to customize a headquarters for its lawyers, with light-filled offices and collaborative spaces, river- and city-facing terraces where lawyers enjoy coffee from the firm’s own barista bar, an in-building health clinic and more. Crain’s New York Business named Milbank’s HQ among the finalists for its “Coolest Offices” in the city for 2019. Aligning its values with its new environs, the firm established a long-term volunteer program at the city’s largest soup kitchen, just blocks away.

Reflecting the firm’s pro bono commitment to young people, Milbank ramped up its pro bono advocacy for immigrants—especially vulnerable children and teens—seeking asylum in the U.S. The firm filed a FOIA complaint with Asian Americans Advancing Justice-Los Angeles to learn about the legal basis for U.S. Citizenship and Immigration Services’ policy, and continued to represent asylum seekers with Kids in Need of Defense and other organizations.

The firm’s Executive Committee elected partner Stacey Rappaport to its ranks. A well-known litigator with a powerful practice, Rappaport is a leader in advocating for other women attorneys, both within the firm (she founded the Women’s Initiative Committee) and outside of it (she is on the board of the Center for WorkLife Law at University of California at Hastings, as well as other nonprofits, and fights for women through her pro bono work). 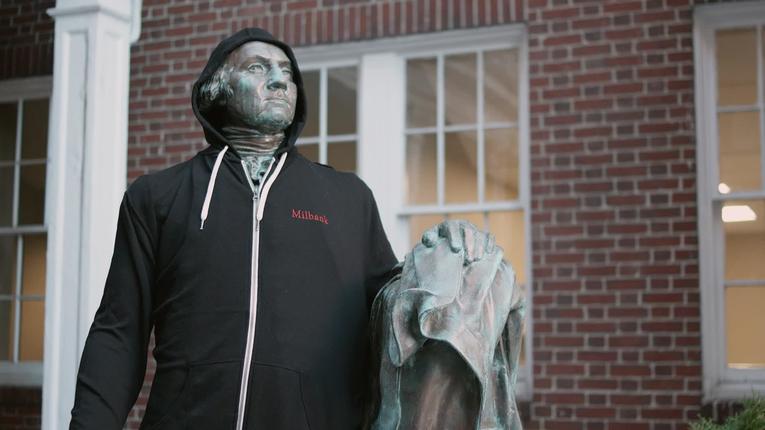