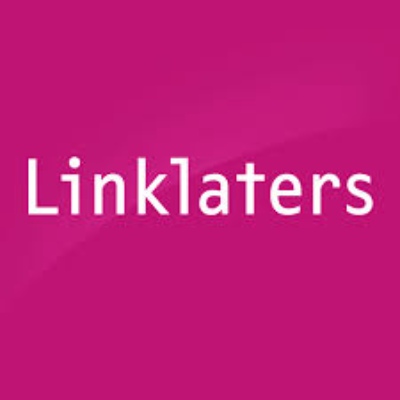 Exposure to “headline-grabbing deals” and “some truly brilliant minds”

“Nobody else does this kind of legal work at this level”

“The fallacy of ’work/life balance’"

Demanding nature of the work

“The remuneration policy is in need of a rethink”

One of the best-known legal brands in the UK, Linklaters has a premier reputation in finance and M&A. This Magic Circle stalwart is also one of the largest law firms by revenue, and its reach extends to virtually every corner of the world.

Oh, what a decade can do. Back in the early 1990s, Linklaters was predominantly a UK firm with localised operations in just a handful of cities across the continent and Asia. The firm had begun developing its global network in the 1970s by putting a few partners in each of the world’s big financial centres, before developing alliances with firms around the world. But in 1996, the firm embarked on an expansion strategy and hasn’t looked back since.

Through a string of global mergers and joint ventures, as well as some rigorous cost-cutting measures in the early years of the millennium, the firm built up a hefty international practice. In 2005, following new legislation permitting multinational partnerships, Linklaters was among the few global firms in Japan to provide both international and domestic services. In 2006, the firm opened shop in Dubai, building on its 30 years of Middle East experience; in 2011 an office in Abu Dhabi was added. In 2007, Linklaters posted record profits, crossing the £1 billion mark for the first time. Like most of its BigLaw peers, the firm undertook some belt-tightening moves in response to the financial crisis of 2008-09—shedding roughly 13 per cent of staff. By the middle of 2011, however, the firm was back on the recruiting wagon, hiring 21 associates in Australia and New Zealand. Today Linklaters remains a top money-maker, with the average partner pocketing more than £1 million.

After the firm’s corporate lawyers broke records representing Lloyds Banking Group in 2009 on a £13.5 billion rights issue, the firm assisted Lloyds during its £31 billion bailout by the government that same year. Linklaters advised Bank of America in its record-breaking $44.3 billion takeover of client Merrill Lynch and worked on GDF Suez’s international energy division’s 2010 merger with International Power in Europe’s largest M&A deal that year. Linklaters enjoys especial success in the M&A rankings, frequently topping the league tables in Europe and Asia as well as the UK.

Augmenting its world-class corporate muscle, Linklaters has devoted time and energy to growing its finance capabilities, with its capital markets, structured products and leveraged finance among its best developed in this sector. The firm is also highly regarded for its high-end real estate practice and is expanding in the global energy sector.

In the spring of 2011, Linklaters advised a group of banks, including Commerzbank Aktiengesellschaft, Landesbank Baden-Württemberg, RBS, UBS and UniCredit Bank, on a debt restructuring for the Schaeffler Group, a major bearings manufacturer for aerospace and heavy industry. This complicated deal involved share placement in another company, corporate reorganisation and preparation to enter the capital markets.

Linklaters advised 2Co Energy Limited on the acquisition of Powerfuel Power Limited and its 900MW integrated gasification combined cycle power station at Stainforth, Yorkshire, in May 2011. The re-christened Don Valley Power Project will incorporate carbon capture and storage technology to capture up to five million tonnes annually of CO2 emissions that would otherwise be emitted into the atmosphere and then store the CO2 under the seabed of the North Sea. Linklaters also advised on the pre-financing element of the €180 million grant from the European Commission’s European Energy Programme for Recovery.

And, in what has been touted as a landmark transaction, Linklaters advised BP on a $7.2 billion joint venture with Reliance Industries, the largest private company in India. The deal, which was completed in August 2011, gives BP a 30 per cent stake in a number of oil and gas production sharing contracts operated by Reliance in India.

In the capital markets arena, Links played a key part in one of the most anticipated and largest IPOs on the London market, as lead advisor to Glencore International on its $10 billion initial public offering in May 2011. That same month, Linklaters advised long-time client Rio Tinto on both UK and US legal issues in connection with the SEC-registered offering of $2 billion of notes by Rio Tinto Finance (USA).

Linklaters has landed a leading role in the ongoing Hackgate drama. Allegations that the tabloid News of the World hacked into the voicemail of murdered schoolgirl Milly Dowler, among others, set in motion a chain of events that has included the dissolution of NoW, the end of Rupert Murdoch’s BSkyBid takeover bid, the resignations of several top publishing executives and the launch of government enquiries. In addition, News Corp has established its own management and standards committee to review and oversee all matters related to the phone-hacking scandal, for which it hired Linklaters as advisor in July 2011.

In 2010, Linklaters’ projects team helped close a major infrastructure deal. The firm advised a consortium including Borealis Infrastructure and Ontario Teachers’ Pension Plan in their winning bid to run the UK’s Channel Tunnel Rail Link. For £2.1 billion, the consortium acquired a 30-year concession from the government to manage the UK’s first high-speed railway; known as High Speed 1, the 108-kilometre line runs from London through Kent to the Channel Tunnel.