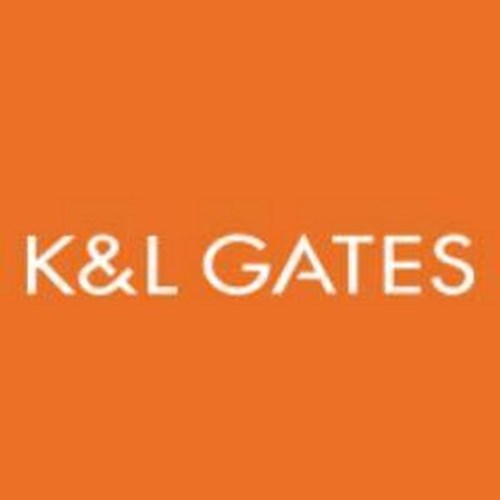 “The genuine interest that everyone takes in your development”

“The firm is very ambitious in the international context”

“The lack of brand awareness amongst peers”

Not everyone appreciates performance-based pay structure

The firm now branded K&L Gates has undergone a series of identity-shifting mergers in modern times. On the strength of several such deals, the firm has grown into one of BigLaw’s more massive operations while working on everything from corporate transactions and complex litigation to environmental law and policy work.

The roots of success

Kirkpatrick & Lockhart dates back to 1946, when a team of seven Reed Smith attorneys hung out a shingle together. After flourishing in Pennsylvania, the firm reached the Washington DC area through a 1981 tie-up with Hill Christopher & Phillips, a boutique focused on securities law. From there, the firm spread to Boston, Miami, New York, Texas and California.

After the K&L Gates combination was formed, the firm continued to grow by gobbling up smaller outfits in the United States, including Texas-based Hughes & Luce; Kennedy Covington Lobdell & Hickman, a household name in Carolina legal circles; and Chicago firm Bell, Boyd & Lloyd. International expansion has also been on K&L Gates’ agenda in recent years. The firm has broadened its presence in Europe and Asia with the opening of offices in Singapore, Shanghai, Tokyo, Paris, Brussels and Frankfurt, and it recently debuted in the growing Middle East markets with offices in Dubai (2009) and Doha (2011). In 2010, the firm also made its way to Moscow and Warsaw, the latter through the acquisition of the former Hogan & Hartson’s office.

At the same time, the firm has expanded the scope of its practice, taking a full-service approach to its work with clients across many industries (don’t be fooled by the short list of core practice areas; each contains a slew of specialist and industry sub-groups). Unlike some big firms that rely on a few key clients for the bulk of their billings, K&L Gates’ policy of diversification means that its revenues are spread widely across many clients.

In August 2011, K&L Gates added a new global practice area to its offerings: energy, infrastructure and resources. The new EIR practice consolidates into one group the firm’s existing strengths in these key areas. Among the firm’s longstanding clients are major players in the oil industry such as Halliburton Company. K&L Gates has completed a number of energy and resource-related transactions in recent months, including the $1.7 billion sale of natural gas companies Phillips Resources and TWP Inc. to Exxon.

In another notable energy deal completed in 2011, K&L Gates advised Karak International Oil, a subsidiary of UK company Jordan Energy & Mining Limited, on a $1.8 billion concession agreement with the Jordanian Government to develop part of that country’s oil shale reserves. Experts believe Jordan is sitting on 40 billion tons of oil shale deposits, and the new extraction and processing project is aimed at reducing the nation’s dependence on imported oil and gas.

In March 2011, K&L Gates advised global bakery and restaurant company Groupe Le Duff on its merger with Bruegger’s Enterprises, which began as a local bakery in Vermont and has since become an international brand backed by Sun Capital Partners. The combined entity, now one of the largest operators in the café-bakery sector, with over 1,100 locations worldwide, is expected to see annual sales of $1.53 billion.

New digs for the kids

The charity Action for Children called on K&L Gates when it sold its headquarters in Highbury Park, Islington, in April 2011. Developer Mount Anvil purchased the property with plans to create 143 dwellings. Action for Children reaches thousands of disadvantaged children throughout the UK through resources like community centres and assistance for disabled children.

Like most large law firms, K&L Gates was not immune from the effects of the recent economic downturn, and management paid tribute to the realities of the trembling transactional and finance markets by laying off a number of lawyers and staff in 2009. But the firm still performed well in 2009, managing to hire 177 new partners that year and increase revenue by 10.1 per cent. In fact, K&L Gates’ relative success and strategic positioning during the Great Recession earned it the top ranking in The American Lawyer’s “Recession Performance Index”, which rated how the world’s largest law firms fared during the years 2007 through 2009 by analyzing global revenue, lawyer headcount, profits per partner and revenue per lawyer. K&L Gates’ financial success continued in 2009 and 2010, when it reported increases in global revenue and profits—increases reflected in the performance of the firm’s London office as well.