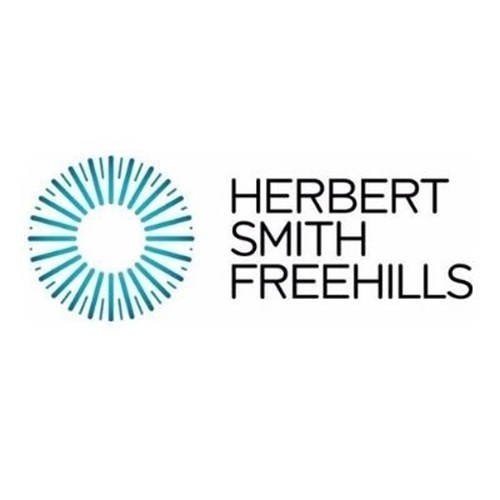 “The standard of lawyers we have here is second to none”

“Sometimes the hours, but that is par for the course”

When it comes to commercial litigation, it doesn’t get much better than Herbert Smith. Widely regarded as the top among contentious practices, the City big-leaguer also regularly wins roles on some of the biggest corporate deals around, and it has developed its restructuring practice into a top-notch group, handling such large-scale matters as the Oilexco insolvency and the Yell restructuring project.

Star of the silver circle

Herbert Smith was established in 1882, but it really shot to prominence a century later. Long known for its disputes practice, in the 1990s the firm doubled the size of its corporate practice until it accounted for 50 per cent of revenue. Since then much of the firm’s growth strategy has revolved around investment outside the UK, with a particular focus on growth markets in Asia and the Middle East. The firm opened an office in Dubai in 2007, shortly followed by an office in Abu Dhabi. In 2008, the firm won a licence from the Singapore government to practise local law in its office there.

In Europe, the close ties Herbert Smith established with German firm Gleiss Lutz and Benelux practice Stibbe in 2000 enabled the firm to extend its reach across the continent. New offices in Madrid, Düsseldorf (in association with Gleiss Lutz) and Belfast followed. Most recently, the firm, like some of its Magic Circle compatriots, has reportedly cast its eye on Australia.

Herbert Smith’s reputation in litigation is unshakeable, and the firm’s track record in large-scale, high-value commercial disputes is impressive, to say the least. It even dedicates an entire office—its newest in Belfast—to running discovery in “document-intensive cases”. The firm tends to be the first name on the lips of large corporations faced with disputes, and counts among its clients leading investment banks, governments, FTSE 100 and Fortune 100 companies. Among those the firm has acted for are BP, Coca-Cola, Eurotunnel, Goldman Sachs and Google. The firm’s disputes team boasts more than 80 partners and 200 associates globally. As well as standard litigation, Herbert Smith also provides arbitration and alternative dispute resolution advice on areas including banking, defamation, administrative law, employment, public law and civil fraud.

Not only is the firm a champion when it comes to disputes, it also packs a punch in transactional and insolvency matters as well. Advising on both public and private M&A, IPOs, projects and corporate restructurings, the firm’s strength lies particularly in large, cross-border transactions. Herbert Smith has worked on many mammoth deals since the start of the 21st century, including Swiss Re’s £4 billion takeover of GE Insurance Solutions, creating the world’s largest insurer; Tata Steel UK’s £5.1 billion takeover of Anglo-Dutch steelmaker Corus Group, the largest takeover of a foreign company by an Indian business; the construction of UK’s first “clean coal” power generation project—a £1 billion, 800 megawatt plant on Teesside—by client Centrica, the parent of British Gas; and the record-setting $21.9 billion flotation of Industrial & Commercial Bank of China (ICBC) on the Hong Kong Stock Exchange and Shanghai bourses.

While no law firm can be all things to all people, Herbies does manage to serve a varied clientele in a wide range of corporate and litigation matters. In 2010, the firm advised long-time client Mohamed al-Fayed on the £1.5 billion sale of Harrods to a Qatari-owned investment fund. Al-Fayed had purchased the landmark luxury department store in 1985. The sale to Qatar Holding also reportedly included a real estate and a helicopter charter business.

Also in 2010, Herbert Smith represented a group of banks, including Citi, Credit Suisse, Davy, Deutsche Bank and UBS, serving as arrangers on the equity portion of Bank of Ireland’s e3.4 billion integrated debt and equity capital fundraising. Kicking off the new year, in early 2011, the firm advised based OMV, Austria’s largest industrial company, on its $866 million acquisition of the Tunisian oil exploration and production assets of US-based Pioneer Natural Resources. The move not only increases OMV’s foothold in Tunisia, but also helps Herbert Smith strengthen its own presence in the region.

Also in the spring of 2011, the firm completed round two of a complex cross-border deal that involved Chevron Global Energy selling off some of its parts in Spain and the United States. First, Chevron sold its retail business in Spain to CEPSA; next it agreed to sell Chevron Limited, the holder of the Pembroke Refinery as well as UK- and Ireland-based aviation and fuel marketing concerns, to Texas-based Valero Energy Corporation for about $1 billion.

In 2010, Herbert Smith litigators secured a major victory for British media giant British Sky Broadcasting, which had sued Electronic Data Systems over fraudulent inducement, non-performance and false representations concerning the award of a contract to develop customer care centres. BSkyB, which ended up doing the job itself, will collect more than £300 million in damages, interests and costs. The landmark win earned Herbert Smith the title of “Dispute Resolution Firm of the Year” at the Legal Business Awards in February 2011.

The firm also advised BSkyB in connection with News Corporation’s massive, though ill-fated, £7.8 billion bid to take over the broadcasting company. Rupert Murdoch’s media conglomerate already owned nearly 40 per cent of BSkyB, and in 2011 it received competition clearance from the UK Government to proceed with purchase of the remaining shares. But in the wake of the “Hackgate” scandal surrounding revelations of phone-hacking by News of the World, News Corp withdrew its bid.