“I think the people at Freshfields are welcoming and want to help you succeed.”

“We get a lot of substantive experience.”

For more than 250 years, Freshfields has remained a constant at the top of the U.K. legal market. Known as one of the Magic Circle firms, Freshfields has developed a multifaceted practice encompassing antitrust, international corporate work, finance, dispute resolution, real estate, tax, and intellectual property. With 27 international offices, the firm has expanded its reach around the globe and has become a player in the United States with offices in New York and Washington, DC.

Founded in 1743, Freshfields just might be the oldest international law firm in the world. Its first client was the Bank of England, which remains a firm client to this day. In 1801, the first Freshfield, James William Freshfield, joined the firm as a partner. Successive generations of lawyers in the Freshfields family would work at the firm through the 1910s.

The firm’s modern evolution began with the deregulation of the London markets in the 1980s, placing an emphasis on corporate work, and the firm’s massive global expansion in the 1990s. In 2000, Freshfields merged with top German firms Bruckhaus Westrick Heller Löber and Deringer Tessin Herrmann & Sedemund, creating a pan-European behemoth. Freshfields was also one of the first western firms in Asia and now has a sizeable presence there. Despite the firm’s London roots, more than 70 percent of the firm’s 2,500+ attorneys work outside of the U.K.

If You Can Make It There, You’ll Make It Anywhere

Freshfields opened its second U.S. office when it expanded into the Beltway in 1998. The Washington, DC, office houses a powerful U.S. antitrust practice that outstrips those of other firms with European roots. Among its notable work is advising Anheuser-Busch InBev on its $108 billion acquisition of SABMiller, combining the largest and the second largest breweries in the world.

Freshfields has been active in Asia for more than 30 years and now offers the most extensive regional legal service network across Asia—with offices in Beijing, Hanoi, Ho Chi Minh City, Hong Kong, Shanghai, Singapore, and Tokyo. Asia-based attorneys work on everything from corporate and securities work to finance to IP to antitrust for clients like Deutsche Bank, HP, CK Hutchison, Pepsi, Bank of China, and Warburg Pincus.

Freshfields announced the appointment of Timothy Wilkins as Global Partner for Client Sustainability, as part of a new drive to help organizations around the world assess and respond to the growing number of environmental, social and governance (ESG) risks and opportunities. The wider team supporting Timothy includes partners from across Freshfields’ global offices who will advise clients on both local and multi-jurisdictional sustainability issues.

Freshfields announced that Aimen Mir, who for nearly a decade led the interagency Committee on Foreign Investment in the United States, joined the firm as a partner in its expanding Washington, DC, office as the leader of our CFIUS practice. Aimen joined a large global team of experienced and specialized foreign investment partners and counsel, some of whom were also enforcers before joining Freshfields. This appointment builds on Freshfields’ momentum from a series of high-profile hires in 2018, including most recently: Eric Mahr, former director of litigation at the U.S. Department of Justice; Andrew Ewalt, former counsel to the director of litigation at the DOJ; and Eric Bruce, also a former high-ranking DOJ official and one of the country’s leading white collar lawyers. 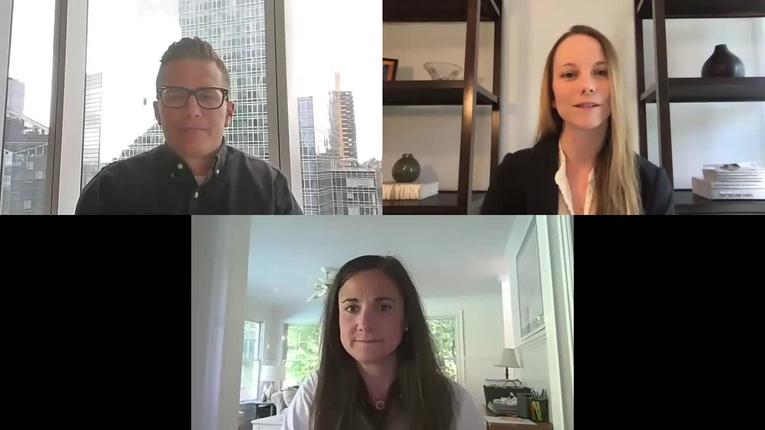