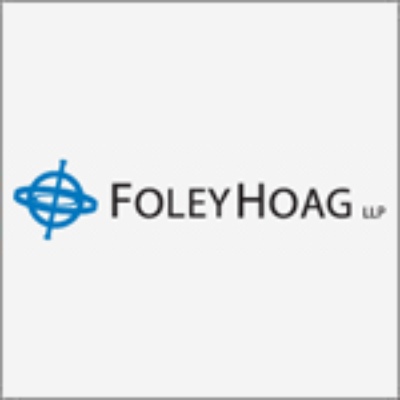 “The people are terrific and the work is very interesting.”

“Some tech is dated.”

Hailing from the land of red socks and chowder, Foley Hoag has stayed close to its Boston roots. With only four locations—in Massachusetts, New York, DC, and Paris—the firm is smaller than many of its BigLaw competitors. But Foley Hoag has made a name for itself with its strong practice and progressive history.

Foley Hoag began during the Second World War when Henry Foley and Garrett Hoag set up shop in Boston in 1943. As the firm progressed, so did its commitment to diversity. In 1979 the late Charles J. Beard II was named partner at Foley Hoag, becoming the first African American to be named partner in a Boston law firm. Beard specialized in cable television regulation and business law and also served for many years on the firm’s Hiring Committee and as the firm’s marketing partner. In 1980, The Foley Hoag Foundation launched; it was the first—and remains the only—foundation established to focus exclusively on the improvement of race relations in Boston. Since its inception, the Foundation has awarded more than $2 million in grants to more than 300 organizations. The Foundation’s mission has recently broadened to support programs addressing inequality in its various forms, including racial, ethnic, and gender disparities in both Greater Boston and metropolitan Washington, DC.

Another bright spot at the firm is its international arbitration practice. The firm’s lawyers have experience with arbitration laws across the globe and advise across a host of industries, such as banking and financial services, construction, cyber security, employment, gas pricing, IP licensing, joint venture projects, telecommunications, and more.

The firm is also well known for its entrepreneurial services practice. Its Boston headquarters is located in the Seaport District—Boston’s new “innovation district” and the center of the region’s emerging companies and venture capital communities.

Foley Hoag’s pro bono program has been a centerpiece of the firm since its representation of the plaintiffs in the 1970s lawsuit that brought desegregation to the Boston public schools. On average, pro bono projects total approximately five percent of the firm’s total work, and firm attorneys regularly average more than 100 hours each of pro bono annually, all of which count toward that all-important billable-hour requirement. Foley Hoag’s pro bono projects cover a wide range of topics, including political asylum, civil rights, and fair housing.

Foley Hoag hosted a 10-week summer program in 2021. The first nine weeks of the program were held remotely, and we replicated elements of our traditional program with client work assignments, training programs, and weekly social events. Consistent with prior years, our summer associates benefited from one-on-one mentors and “buddy” teams. We added events to introduce them to the firm and ensure they made connections with our lawyers. Summer associates were encouraged to join affinity group meetings and attended client-related events focused on diversity. We then brought all of the summer associates to Boston for the final week of the program, and hosted social events and lunches to allow them to spend time getting to know each other and the firm’s lawyers on a more personal level.

All campus and callback interviews for our 2022 summer program have been held remotely, but some candidates have visited our offices and met with lawyers in person at the students’ request.

Put simply, “Foley Hoag is a great place to work.” With a unique combination of substantive work, “wonderful” mentors and consistent work-life balance, associates have nothing but positive things to say about life at their firm. “The people are great, the work is interesting, I'm learning all the time, and I am encouraged to maintain something of a life outside the office,” notes a Boston contact. Weekend work, the bane of most associate’s existence, is a rarity at Foley Hoag and any last-minute projects can usually be taken care of from home. A junior contact adds, “Everyone is very kind and helpful, but also very professional. Most partners make associates feel like valuable team members rather than underlings.” The firm’s overall culture, too, is described as “friendly, academic and open,” ensuring that associates consistently feel like “valuable team players rather than underlings.”

No. of International Offices: 1