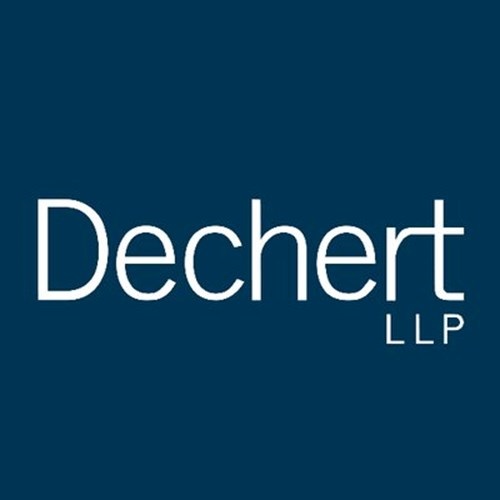 “Approachability of other lawyers”

“Decisions are made in America rather than London”

Since its founding in Philadelphia in 1875, Dechert has become an international legal force to be reckoned with. The firm is particularly well known for its corporate work, especially in international mergers & acquisitions and securities, as well as its litigation practice.

Dechert was originally formed under the name MacVeagh & Bispham by lawyers George Tucker Bispham and Wayne MacVeagh; MacVeagh would eventually leave the firm to become US attorney general and then ambassador to Italy. During World War II, the firm saw many of its lawyers leave to join the war effort. In response, the firm merged with Dechert, Smith and Clark.

Dechert was one of the first US firms to expand internationally, opening an office in Brussels in 1968, followed by a London office four years later. The firm established a Paris presence in 1995. In 2000, the firm undertook a major expansion in the UK through a merger with Titmuss Sainer Dechert, a leading London law firm. Since then, Dechert has opened offices in Luxembourg, Germany, Russia, China and, most recently, Ireland.

In the late 1990s, Barton Winokur, who had joined Dechert in 1965, became chairman and CEO and began reshaping the firm’s business model. Winokur focused on making the firm’s practice more specialised and, like any savvy businessman, he made sure those specialties were high-revenue practice areas: private equity, intellectual property and white-collar criminal defence. The new model paid off, with the firm growing in both size and scope under his leadership. Dechert lawyers have handled such matters as the sale of V&S Vin & Sprit—producer of Absolut Vodka—to French beverage company Pernod for $8.9 billion, and the IPO of New World Resource, which listed on three different exchanges in London, Prague and Warsaw in 2008 and raised a staggering £1.3 billion—the largest European IPO at the time.

In June 2010, after serving as chairman and CEO for 15 years, Barton Winokur announced his decision to step down. Litigator Andrew Levander took over as chairman, while Dechert’s head of private equity, Daniel O’Donnell, became the firm’s new CEO.

In London, Dechert lawyers focus on corporate and securities, financial services and investment management, real estate and finance, litigation and arbitration, intellectual property, tax and competition law. The firm’s corporate practice is broad-ranging, with specialities including cross-border M&A, private equity and corporate finance transactions. The dispute resolution group handles all kinds of commercial disputes, as well as civil and criminal investigations, libel and defamation, and employment matters. Defamation clients include big media names like the Daily Telegraph and Sunday Telegraph as well as public figures and businesses caught up in related disputes. Dechert’s long-established reputation in real estate has won work from clients such as British Land, Land Securities, the Secretary of State for the Environment and the Crown Estate.

In July 2011, Dechert won a landmark case in the Supreme Court. Dechert represented hedge fund NML, which sought enforcement of a New York judgment for recovery of the full value of bonds issued in England by Argentina. Argentina argued that as a sovereign state it was immune from suit. The case proceeded all the way up to the UK’s highest court, where a five-judge panel ruled against the South American republic, thereby opening the door to other funds holding distressed government debt to pursue their claims in England.

In June 2011, the firm advised London-based exploration and production company Chrysaor on its sale of a stake in the Solan oilfield to Premier Oil plc. In another energy-related transaction, lawyers from the firm’s London and Moscow offices advised Delightful Hill, part of China’s Winsway Group Holdings Ltd, in the $90 million acquisition of a majority interest in a Cyprus holding company that owns Russian coal company LLC Arkticheskie Razrabotki. The May 2011 deal is one of the first for Chinese companies that are going for pieces of the Russian coal industry.

In April 2011, Dechert advised Canada’s Kinross Gold Corporation on its $350 million acquisition of the remaining shares of Chukotka Mining and Geological Company, which owns the Kupol gold and silver mine in Siberia. Kinross already owned 75 per cent of the mining company; the purchase of the remaining 25 per cent from the State Unitary Enterprise of the Chukotsky Autonomous Okrug gives Kinross a 100 per cent stake in CMGC.

In a headline-making deal, Dechert provided competition, corporate and strategic advice to PepsiCo in connection with its $3.8 billion acquisition of a majority stake in Wimm-Bill-Dann Foods, Russia’s leading branded food and beverage company. The transaction, completed in February 2011, is one of the largest by an American company in Russia.

The firm won a victory in a long-running battle between Philip Morris USA and dozens of health care institutions in Missouri. Thirty-seven hospitals in Missouri had filed a lawsuit in 1998, seeking more than $455 million in compensatory damages, plus punitive damages, for services provided to patients suffering from tobacco-related illnesses. In April 2011, after 12 years of litigation, a jury in St Louis found that ordinary cigarettes are not negligently designed or defective and that neither Philip Morris nor the other five tobacco company defendants were liable for the hospitals’ costs in treating smokers.

The business of beauty

Those who use Liz Earle beauty products and live outside of the UK have Dechert to thank. In 2010, Dechert advised the Britain-based cosmetics company in forming a partnership with Avon. Liz Earle is now able to take advantage of Avon’s global distribution network, bringing its environmentally-friendly products to more than 100 countries.