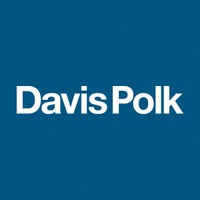 “The quality of the transactions we do”

Davis Polk & Wardwell, founded in New York City more than 160 years ago, has finance in its DNA. The firm boasts one of the world’s best and most comprehensive corporate departments, with impressive teams in capital markets, M&A, bankruptcy and tax. Its highly regarded litigation practice also has deep roots—in his long career, name partner John Davis argued more than 250 cases before the US Supreme Court. Davis Polk’s London office, which opened in 1973, serves as the headquarters of the firm’s European practice.

On the coattails of the robber barons

Davis Polk dates back to 1849, making it one of the oldest law firms in the United States. Original founder Francis Bangs made his name opposing the legendary Boss Tweed and his Tammany Hall cronies. Bangs’ successor, Francis Stetson, was quick to recognise the growing importance of corporate work. In 1887, banker and industrialist J Pierpont Morgan selected Stetson for his chief counsel; the firm helped Morgan restructure the Pennsylvania Railroad and knit together several electrical companies to create General Electric. Morgan’s businesses, in their modern day incarnations—JPMorgan Chase and Morgan Stanley—have remained firm clients.

Over the course of many decades, the firm has built relationships with a host of other financial institutions and corporations across the country and around the world. A Paris office was established in 1962, followed by the London base in 1973 and a Madrid office in 2001. Interestingly, the firm’s first US satellite, a Washington DC office established in 1980, came after the firm was well settled overseas. Davis Polk has also set up shop in Asia, with offices in Hong Kong, Tokyo and Beijing. In 2011, the firm announced the opening of an office in São Paulo. Lawyers in Davis Polk offices practise only US law, except in Paris, where lawyers also practise French law, and in Hong Kong, where the firm launched a domestic law practice in 2010.

Davis Polk emerged swinging from the 2008-09 economic downturn, gobbling up resulting M&A and restructuring work while its profits continued to rise—all without dumping or driving away associates. From advising on unprecedented transactions in the banking industry (such as counseling Citi on its $306 billion loss-protection agreement with the US government and advising the British Government on its plan to provide support to the UK banking system), to handling the largest IPO in history (advising the underwriters on the $23.1 billion IPO of GM), to smoothing the way for a pharma mega-merger (advising Swiss health care giant Roche in its $46.8 billion hostile-turned-friendly acquisition of the publicly held interest in Genentech), Davis Polk was able to successfully weather the storm.

Davis Polk’s London office is the hub of the firm’s Europe operations, and Britain now boasts a native son at the helm. In 2011, Davis Polk elected Tom Reid, who hails from Scotland, as its new firmwide managing partner, after John Ettinger stepped down. Davis Polk’s London lawyers regularly feature in some of the largest M&A deals and capital market transactions in the UK and Europe. For instance, DP London ran a $15.2 billion rights issue by Anglo-Australian mining and metals group Rio Tinto; advised The Royal Bank of Scotland Group on an aggregate of approximately $11 billion of SEC-registered notes; advised Lloyds Banking Group on an aggregate of approximately $11. 7 billion of SEC-registered notes; and advised the joint bookrunners on the €10.2 billion rights offering of ordinary shares of Deutsche Bank.

Seek and ye shall find

A multijurisdictional team of Davis Polk lawyers from the firm’s corporate, tax, intellectual property and employee benefits practices are currently working with client Baidu, Inc, the leading Chinese-language internet search provider, in connection with its $306 million investment in Qunar. The deal, which is expected to close in the third quarter of 2011, will give Baidu a majority stake in China’s leading travel search engine. Qunar provides travel information, group deals and packages, and mobile technology solutions.

In other internet news, the firm advised Morgan Stanley & Co, Deutsche Bank Securities and Goldman, Sachs & Co as representatives of the underwriters in connection with the $1.4 billion initial public offering of Yandex NV in June 2011. Moscow-based Yandex is Russia’s leading internet company, boasting the country’s most popular search engine and most visited website.

In June 2011, a Davis Polk team, including lawyers from the Hong Kong, London and New York offices, advised Prada SpA in connection with its HK$16.7 billion IPO of shares listed on the Hong Kong Stock Exchange. The Prada Group boasts such iconic luxury brands as Prada, Miu Miu and Church’s. Earlier in the year, DP lawyers also counselled China-based menswear company Zuoan Fashion Limited on its $42 million IPO and listing on the New York Stock Exchange.