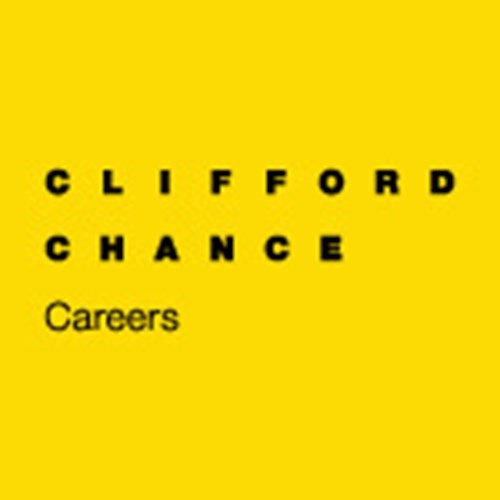 Diversity and quality of work

“The friends and facilities”

Pay not as high as US firms

In 2007, Clifford Chance broke revenue records, topping the Global 100 to stand as the world’s first $2 billion law firm. The firm’s ascent to one of the world’s largest firms has been meteoric: in less than two decades, Clifford Chance has grown to a network of 33 offices on five continents, established itself as a core member of the UK’s Magic Circle and become one of the best known legal brands in Britain.

When two firms became one

In many ways, the formation of Clifford Chance presaged the future of modern law practice, especially as it is carried out in its native town of London. The firm was created in 1987 when Coward Chance and Clifford Turner merged, creating an entity the Times of London called “the country’s first mega law firm”. Indeed, Clifford Chance was twice as large as the firm that had previously been the UK’s largest: Linklaters & Paines. Clifford Turner and Coward Chance shared two distinctive and important goals: international expansion and scaling-up of their businesses. While neither Coward Chance nor Clifford Turner was considered a top-tier or elite firm, leaders of the combined Clifford Chance resolved to build a worldwide firm that would innovate across borders and set new standards for the practice of law in a global economy.

And that’s exactly what happened. Clifford Chance opened offices and built client lists around the world, adopting a cross-border focus well before such an outlook became commonplace. At the same time, the firm grew from hundreds of attorneys to thousands, which enabled it to take on several major deals and cases and to work them simultaneously.

And then there were three

In 2000, Clifford Chance changed the game again, pulling off a three-way merger with US-based firm Rogers & Wells and Germany’s Pünder Volhard Weber & Axster. Continuing its theme of building efficiency while expanding worldwide, the firm was also a pioneer in legal outsourcing, setting up its own service centre in India in 2007 to handle much of the firm’s administrative, business research and IT operations.

Most of Clifford Chance’s work is structured around banking and finance, capital markets, corporate/M&A, litigation and dispute resolution, real estate and tax, and pensions and employment. Financial clients generate around half of the firm’s income, and the firm’s big-name entourage includes nearly every major bank in the world. The firm’s key corporate clients include Kraft, Pfizer, Shell and Siemens. And in private equity, clients include Permira, Blackstone, CVC and the Carlyle Group. Clifford Chance has topped the league tables in global private equity activity, carrying out billions of dollars in deals per year, and it has developed an all-around PE shop, with expertise from fund formation and acquisition finance to restructuring and all manner of transactions.

Like other firms dominant in banking and finance, the credit crises of 2007-09 required some shuffling, but the firm’s geographic breadth—along with some sizeable staff cuts—helped it weather the storm. Among the large-scale mandates the firm took on during the recession were the restructuring of the European arm of General Motors, which filed for bankruptcy in the US in 2009. Clifford Chance also advised leading client Barclays in the £8.2 billion sale of Barclays Global Investors to BlackRock, thereby creating the largest asset management business in the world.

In 2011, the firm made moves to bulk up its presence in the Middle East and the Asia Pacific region. In January, it announced the opening of an office in Qatar (pending licence approval); in April, it launched an office in Istanbul; and in May, it strengthened its relationship with Saudi firm Al Jadaan & Partners by sending two six lawyers there on secondment. Asia, which represents a key focus of the firm’s global strategy, also benefited from the firm’s expansionist moves. In May, Clifford Chance set shore on Australia, via mergers with local firms Chang Pistilli & Simmons in Sydney and Cochrane Lishman Carson Luscombe in Perth. Highlighting the importance of the region to the firm’s growth, Asia claimed 12 of the 23 new partner spots in the firm’s latest round of promotions.

Recent projects in the East include the Singapore office advising CapitaMalls Asia Limited in its $224 million IPO for a shopping mall REIT on the Bursa Malaysia Securities Berhad, and the Hong Kong office first helping Delta Dunia Makmur finance its acquisition of a major mining services company in Indonesia, and then placing 38 per cent of the company in a $383 million sale for CLSA and Macquarie as joint global coordinators.

The firm advised a syndicate of banks—including Morgan Stanley, Citigroup and Credit Suisse—serving as underwriters on the record-setting $10 billion initial public offering of Glencore International on the London and Hong Kong exchanges. The IPO, which valued the Swiss commodities trader at some $60 billion in May 2011, is the largest in UK history. In other capital markets news, the firm advised DP World Limited on its $11 billion listing on the London Stock Exchange. The listing came a few years after the Dubai-based port operator’s IPO and listing on Nasdaq Dubai, on which the firm also advised.

In 2011, the firm advised on the creation of the €440 billion European Financial Stability Fund, on the EFSF’s first loan to Ireland, its €27 billion debt issuance programme, its inaugural €5 billion bond issue and its most recent €8 billion bond placement in support of Portugal.

A regular at the top of the league tables, the firm’s corporate practice has acted on a number of key deals since the beginning of 2010, including advising Kraft on its £10.2 billion offer for Cadbury and advising International Power on its £6.5 billion tie-up with French giant GDF Suez. In June 2011, Clifford Chance counselled private equity house Carlyle Group, a longstanding client, on its £1 billion acquisition of RAC from insurance group Aviva. The firm also advised the lending banks, led by JP Morgan and included Morgan Stanley, Credit Suisse, BNP Paribas and UBS, in the transaction.

In April 2011, Clifford Chance represented American businessman Stan Kroenke and his company, Kroenke Sports Enterprises, in their £731 million bid to buy the Arsenal football club. Earlier in the year, the firm advised Shell on its sale of the UK’s second-largest refinery at Stanlow to Essar Energy plc for $1.3 billion.

But it’s not all about deals; the firm’s litigators are keeping busy, too. For instance, in April 2011, Clifford Chance successfully defended Citibank in an Italian criminal court after the bank and several of its top brass were indicted for market rigging in proceedings known as the Parmalat case—the latest in a string of almost 20 previous related matters in Italian and US bankruptcy and civil courts.

The firm has also won a role in the ongoing Hackgate scandal, advising James Murdoch, son of media mogul Rupert Murdoch and chairman of News International, in connection with the Government’s investigation into allegations of phone hacking by the tabloid News of the World.