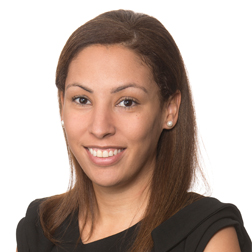 Kim has been recognized for her work as an M&A lawyer by IFLR 1000 and The Legal 500 U.S. (Large Deals $1BN+). She was shortlisted by Euromoney Legal Media Group Americas in 2018 for its Rising Star Award for “Best in Mergers & Acquisitions” and in 2019 for its Women in Business Law Award for “Rising Star: Corporate.” In addition, Kim was honored in 2019 as a “CUP Catalyst” by the Council of Urban Professionals for her work as an agent of change in the field of law.

My practice entails advising clients in connection with different types of corporate transactions, including mergers and acquisitions (public and private deals), spinoffs, asset dispositions, and minority investments. I also advise boards of directors on various ordinary course corporate governance matters as well as in connection with activist campaigns.

One thing I’ve really enjoyed about my practice is the variety of transactions I’ve been fortunate to work on and the range of clients I’ve been able to work with. I’ve worked on a variety of types of deals over the years. I’ve worked on a number of minority investments both on the buy-side and the sell-side. I’ve worked on acquisitions of companies ranging from small startups to large public companies. I’ve worked on the buy-side and sell-side of acquisitions of family businesses. It’s really interesting to spend part of the day advising a large public company on a sale and part of the same day advising a smaller family-owned company on its first capital raise from an outside investor.

I started at Cleary in November of 2008, and while I knew that I wanted to do corporate work, I wasn’t sure which area of corporate law I wanted to focus on. I was lucky enough to get staffed on an M&A deal a few weeks after I started and basically never looked back. It’s not for everyone, but I love the pace of an M&A deal. We’re often working on tight timelines to get deals done, and for both the lawyers and the clients, it’s an “all-hands-on-deck” situation. I love the energy and comradery that M&A deals often foster. I’ve also been lucky to have a number of mentors in my practice group who have taught me a lot and created a great atmosphere in which to practice.

There is no typical day in M&A, but there are typical activities that tend to make up my days. I spend a lot of time reviewing agreements and negotiating them with opposing counsel. I’m often on the phone with clients, or colleagues, or other advisors on a transaction (e.g., financial advisors or accountants), either catching up on general deal process or discussing specific points or strategy. While an M&A lawyer is essentially leading the M&A transaction at the firm, there are a number of other lawyers who play very important roles on any given transaction. In any deal, the most important issues may be related to intellectual property, employment, or tax matters (or all three!), and so working hand-in-glove with our colleagues in those areas is key to ensuring that our client gets the best outcome in a transaction. One of the great things about practicing M&A is that the M&A team often has a bird’s-eye view of the whole transaction—you know what’s going on at the client, what’s going on internally with colleagues outside the M&A team, what the other advisors are doing, and what opposing counsel is up to. This means that you end up spending a lot of time coordinating among those various groups.

Staying on top of the business section of the newspaper can be a good start. There are typically lots of interesting stories about hostile deals, activist campaigns, big public mergers, and governance issues at all sorts of companies—all things we deal with as M&A lawyers in our day-to-day practices. In law school, taking a good variety of corporate law classes (for example, corporations law and securities regulation) is also helpful. At Cleary, we have a two-week “mini-MBA” training program that provides an overview of “business law,” and throughout your time as an associate, we have periodic teach-ins on various practical skills for M&A associates. Our associates have found those programs very helpful in their practice.

What is the most challenging aspect of practicing in this area?

One of the most challenging things about being an M&A lawyer is the timeline on which we are asked to do transactions. It’s not unusual to hear from a client that a deal we thought was off the table will need to be done from start to finish in less than two weeks. Coordinating a large team, managing clients, and dealing with opposing counsel can often make for late nights. However, those high-pressure, fast-moving transactions are often the ones that are the most fun. You really get to bond with your internal team and the client team when everyone is asked to perform under that sort of pressure. I can say from experience that clients appreciate us the most when we’re put in that position and excel.

I love being the person that a client calls when they have a challenging question and being able to answer quickly and put them at ease. What we are doing is very closely tied with important business objectives of the client, which allows us to speak not only to other lawyers, but also with executives throughout the company and the board of directors. Being a key point of contact for all of those constituencies at the client and helping to ensure that our main contact at the client (in-house counsel) is best prepared to address their internal stakeholders is what I enjoy most.

What misconceptions exist about your practice area?

I think one of the misconceptions that exists about M&A is that you have to be combative to be a good M&A lawyer. My experience has shown that nothing could be further from the truth. Transactions are often done most efficiently when the counselors on opposite sides of the table respect each other and have a collegial relationship.

What are some typical career paths for lawyers in this practice area?

An attorney who practices M&A at Cleary generally has a wide range of options for his or her career path. Of course, some people will stay at the firm and practice M&A here for their whole careers. For those who would like to explore alternative career paths, there are tons of great opportunities. M&A attorneys from our firm have gone on to work at major television networks and other media companies, well-known sports leagues, investment banks, and tech companies of various sizes (running the gamut from startups to the biggest names in tech). Some alumni continue to practice law while others may pivot to the business side once they leave the firm. We also have many alumni working for government agencies and nonprofits. The M&A practice truly gives you a broad base of knowledge, which prepares you well to do a variety of jobs in a wide range of industries in your post-law-firm career.