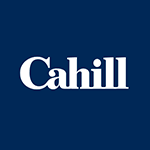 Cahill is among the most successful law firms in the world, offering associates unparalleled career development opportunities.  With a history of legal innovation dating back to 1919, Cahill is trusted by market-leading financial institutions, companies and their boards to manage their most important transactions, regulatory matters and litigation. Cahill is based in New York, with offices in Washington D.C. and London.

At Cahill, the cornerstone of career development is “responsibility when ready.” Associates earn substantive roles as soon as they demonstrate ability and commitment. There is no arbitrary or sequential system to hold them back.  When associates show the necessary skill, judgment and work ethic, they are given a level of responsibility that exceeds what is afforded associates at most other firms.

This autonomy is a reflection of Cahill’s culture. The firm values motivation, intelligence and respect for individuality, and supports professional and personal growth.  At Cahill, the primary focus is on delivering excellent client service and associates who are able and eager to provide that service are subject to few rules and enjoy an independence and level of responsibility that is uncommon among their peers.

Cahill’s work routinely earns awards and high rankings throughout the world. The firm has earned a reputation for premier client service, legal excellence and the ability to master complex challenges.  The firm’s lawyers participate in many of the market’s most significant transactions and in high-profile investigations and litigation.

Along with its work for medium to large businesses across a variety of industries like e-commerce, industrials and life sciences, Cahill is especially well known in the legal community for having  worked on financings for many of the most significant mergers and other corporate transactions for nearly a century.

Cahill advised the debt financing banks in 9 of the 10 largest completed buyouts in U.S. history, and is consistently involved in headline-making deals, such as the landmark $67 billion buyout of EMC Corp by Dell, the acquisition of SanDisk by Western Digital and acquisition of Time Warner Cable by Charter Communications. Top financial institutions trust Cahill to deliver solutions-focused advice and deal execution in the most sophisticated and challenging finance transactions. These include BofA Merrill Lynch, Barclays, Citigroup, Credit Suisse, Deutsche Bank, JPMorgan, UBS and Wells Fargo.

Cahill is consistently ranked as the top legal advisor to U.S. and European high yield bond underwriters, ranking number one by Bloomberg for representing investment banks in the over $265 billion (2017) US corporate high yield debt markets and number one by Thomson Reuters for representing lenders and arrangers in the over $900 billion (2017) US corporate leveraged (i.e. non-investment grade) syndicated loan markets.

In 2017, Cahill secured several major litigation victories. Cahill prevailed on behalf of Deutsche Bank in a multi-billion dollar purported class action against Deutsche Bank and its top executives relating to an alleged Russian money laundering scheme.  In another victory for Deutsche Bank, the First Department affirmed the New York Supreme Court’s dismissal of the multi-billion dollar lawsuit brought against Deutsche Bank by Sebastian Holdings, Inc., an offshore investment fund run by billionaire Alexander Vik.  Cahill also won two dismissals of shareholder derivative suits related to S&P’s ratings of structured finance securities in New York Supreme Court.  Since 2009, Cahill has won the dismissal of over 30 substantial lawsuits against McGraw Hill Financial, Inc and Standard & Poor’s Financial Services LLC arising out of the recent financial crisis.  As part of its representation of Credit Suisse in various civil litigations and investigations relating to the alleged manipulation of the London Interbank Offered Rate (LIBOR), foreign exchange (FX) rate, ISDAFIX rate and other reference rates, Cahill secured the dismissal of antitrust and RICO claims by investors relating to the manipulation of Swiss Franc LIBOR.

Cahill succeeded on behalf of Chartis Specialty Insurance Co., an AIG company, in a case relating to coverage under a political risk insurance policy with respect to a $103 million loan made to a group of hotels in Mexico.  Chambers USA awarded Cahill the 2015 Insurance “Team of the Year” Award, and has ranked the firm’s insurance litigation practice among a handful of leading practices in New York and nationally since 2006.

Cahill advises numerous companies, boards and committees on white collar and corporate governance-related matters, including internal and governmental investigations around the world.  Among other things, Cahill represents the Audit Committee of Walmart’s Board of Directors in connection with an international investigation into alleged violations of the FCPA.  The Firm also regularly advises companies on FCPA risk in connection with proposed mergers and acquisitions around the world and helps them establish policies, procedures, controls to detect and prevent bribery and corruption post-acquisition.  Cahill’s securities litigation and white collar defense practice is top-ranked by Chambers USA, The Legal 500 and Benchmark Litigation. Cahill was also named a Top Ten “FCPA Powerhouse” law firm by Law360.

Throughout the firm’s history, Cahill lawyers have appeared before the U.S. Supreme Court in landmark cases, including: NBC v. United States, which helped to establish the authority of the Federal Communications Commission; Times-Picayune v. United States, which is among the Court’s seminal antitrust tying rulings; and United States v. Grinnell Corp., which addressed monopolization. Cahill Senior Counsel Floyd Abrams represented The New York Times in New York Times Co. v. United States (the “Pentagon Papers” case) and appeared before the Court in Citizens United v. Federal Election Commission.  Cahill more recently represented New York Times reporter and Pulitzer Prize-winning author James Risen in a nearly eight-year legal battle with the U.S. Department of Justice to keep him from having to testify about the identity of confidential sources used in his book, State of War.

Summer associates gain firsthand experience of what it would be like to practice at Cahill. Substantive work assignments, thoughtful mentoring, progressive training programs and lively events, help summer associates to develop a realistic sense of Cahill’s people and practices.

In a firm where over 85 percent of partners worked as associates at the firm, Cahill’s lawyers can feel confident that their development is of great interest to those around them. Cahill partners participate in every aspect of associate development, from the design and implementation of training and development, to serving as active mentors.

Summer associates have opportunities to gain valuable public interest experience and a deeper insight into the judicial system. Throughout the summer, they may work directly with pro bono clients through organizations like Sanctuary for Families, the Legal Aid Society of New York, Lawyers Alliance for New York, New York State Small Business Development Center's Veterans Program and youth services centers such as The Door. Summer associates observe trials, visit judges’ chambers and have lunch with judges.

Summer associates stay in close contact with their associate and partner colleagues, and are united socially with fun events, including cooking classes, premier NY sporting and cultural events, a chartered fishing excursion, and evenings attending Broadway shows. Summer associates are invited to lunches, happy hours and dinners with Cahill attorneys throughout the summer, and to receptions held at partners’ homes.

A passion for challenging and distinctive work is a core value that’s as central today as it was in 1919 when Cahill was founded. Guided by business-savvy leadership, Cahill applies professionalism and appreciation for individuality to the business of practicing law and to professional development.  This forms the cornerstone of Cahill’s culture.

Cahill prides itself on its meritocratic culture and offers top-of-the-market compensation and benefits, including above-market bonuses in recent years.

Click here to learn more about a career at Cahill.