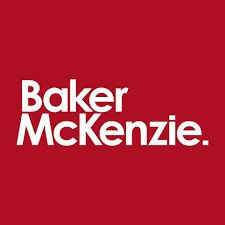 “I don’t think we get the recognition we deserve”

“Sandwiches provided at training sessions are terrible! Dry and crusty.”

These days, any firm that has a few outposts outside its home city, or a number of foreign-based clients, proudly awards itself an “international law firm” sash. Baker & McKenzie, however, pretty much coined the term: It is by many measures the largest law firm in the world, with more than 3,700 attorneys in 41 countries.

Baker & McKenzie was founded in Chicago in 1949, but the firm quickly moved far beyond the American Midwest. In 1955, the partnership established its first foreign office in Caracas to serve the interests of a Venezuelan client; today Baker & McKenziehas 16 offices in Central and South America (a region that many law firms have only discovered) and is the largest law firm in Mexico. In the last decades, offices in Europe and Asia have cropped up with precision. The firm’s latest additions include an office in Luxembourg and one in Abu Dhabi.

Bakers has spent years shrugging off a “McDonald’s of Law” rep—a snide moniker alluding to its plethora of global offices, specialising in “unsexy”, mid-tier, regional work. Nevertheless, amidst a global financial crisis, this same geographic and practice area diversification enabled Baker & McKenzieto outrun a legion of BigLaw competitors. In 2008, the firm broke through the $2 billion barrier, and has remained in that exclusive tier of money-makers.

While layoffs in 2009 hit Bakers particularly hard, with the firm reporting at least three rounds of layoffs, it came out of the recession at the top of its game. Boosted by an uptick in restructuring, regulatory investigations, compliance, privacy and climate change matters, the firm reported revenues of $2.11 billion in 2010, surpassing long-time revenue leader Skadden, Arps, Slate, Meagher & Flom for the first time.

London, where the firm set up shop in 1961, is not only one of the firm’s oldest outposts in Europe, it is also Bakers’ major focus; the city houses the firm’s largest office, with more global heads based in London than in any other office across the network. The majority of lawyers in London practise English law, but the office also includes a number of lawyers who specialise in US law.

Lawyers in Bakers’ London office practise the full range of English commercial law. Capital markets offerings, restructurings, acquisitions, and IPOs crowd the London docket. The firm advises giants like UBS in capital markets and tax work, Abbott Laboratories (since 1934) on acquisitions and restructuring, and Unilever on global trademark issues. Eli Lilly & Company has been a firm client since the 1950s. Intellectual property is also a strong suit. The firm’s London office has been named as The Premier League’s preferred adviser on its anti-counterfeiting programme, and its Moscow office is consistently recognised for its trademark and copyright work.

Notable international deals in recent years include advising Japanese brewery conglomerate Asahi on its $1.2 billion share and asset purchase of Schweppes Australia from choco-behemoth Cadbury. In 2010, a London team advised Thailand-based Boon Rawd Brewery Co Ltd, which owns the Singha Beer brand, on a four-year sponsorship deal with Chelsea Football Club that made the brewery a partner of the Chelsea Football Club. Other recent matters on which the firm’s London sponsorship team has worked include advising Polo Ralph Lauren on its sponsorships of the Wimbledon Tennis Championships and the European Open golf tournament; and representing Nike in a renegotiation of its sponsorship and licence deals with Umbro and the Football Association.

In May 2011, the firm represented the London Branch of ING Bank and Silkroutefinancial (UK) Limited on a rights offering by Nova Kreditna banka Maribor, the second-largest banking group in Slovenia; the offering represents the first-ever dual listing on the Ljubljana and Warsaw stock exchanges. On the restructuring side, the firm advised major Ukrainian real estate investment company XXI Century Investments Public Limited on its financial restructuring and recapitalisation in 2011, a complicated transaction that allowed XXIC to maintain its AIM admission.

In March 2011, the London office advised Swiss leisure travel company Kuoni Travel Holding on its $705 million acquisition of Gulliver Travel Associates (GTA) from Travelport. In other travel-related transactions, the firm acted for Thai Airways in its international share offering in late 2010. The deal raised $487 million for Thailand’s largest personal and cargo airline, providing the capital for the carrier to continue its future expansion plans.

Because they’re worth it

In 2011, intellectual property partner Paul Rawlinson was elected to the London office management committee. The former head of the firm’s global IP group, Rawlinson recently lead the team that won a landmark brand protection ruling on behalf of Bakers client L’Oréal, who successfully argued that the use of its trademarks in comparison lists by producers of copycat products amounted to infringement. One of Rawlinson’s tasks in his new management role will be to expand the firm’s UK client base, which already boasts FTSE-100 clients such as Rio Tinto and Vodafone.

The firm’s pro bono work in London was recognised with a short-list appearance on The Lawyer Awards 2011 for Pro Bono Team of the Year. Significant fee-free work in 2011 has included Baker lawyers working with the London office of the UN High Commissioner for Refugees in a Supreme Court case that determined that gay, lesbian or bisexual asylum-seekers cannot be returned to countries where they would face persecution. The London office also collaborated with the Public International Law and Policy Group for Tanzania to analyse the UN Convention Against Torture and other international instruments addressing terrorism and torture prohibitions.

The firm also has put down a green stake: In addition to the Sydney office’s 2008 launch of the Global Climate Change Law Guide, the world’s first online service for climate change law, in 2011 the London office co-founded and provides IP pro bono support to IbexEarth, a not-for-profit organisation that develops innovative ways for people to reduce their impact on the environment.