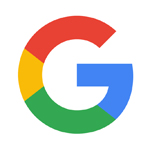 Large company with some bureaucracy and politics

Era of explosive growth may well be over

Google hires up to 4,000 employees per year, but receives around 1 million applications. There's a reason for those numbers: the firm is widely regarded as one of top two or three employers anywhere in the world.

Since its founding as a search engine, the company has branched out to provide a wide range of popular services such as Webmail (Gmail), interactive maps (Google Maps), Web browsing (Google Chrome), voice search (Google Assistant), presentations (Google Drive), Business (Adsense), and video and music (YouTube). In addition, the organization of photos, contacts and notes are offered as well.

Beyond its advertising business, which accounts for the majority of revenue (less than 85%), the firm generates a smaller share of revenue (about 15%) from apps, movies, music, and other digital content purchased through Google Play; the sale of Google hardware devices; and Google Cloud offerings. Parent company Alphabet's non-Google offerings, which fall under the "Other Bets" business unit, account for less than half a percent of the holding company's revenue.

The Mountain View, California-based Google operates from more than 70 offices in 50 countries. International domains include Google.ba, Google.dm, Google.nr, Google.co.jp and Google.ca, and the Google interface is available in almost 110 languages.

The customers generally purchase advertising inventory through Google Ads, Google Ad Manager as part of the Authorized Buyers marketplace, and Google Marketing Platform, among others.

Certain customers receive cash-based incentives or credits, which are accounted for as variable consideration.

Google continues to make significant R&D investments in areas of strategic focus such as advertising, cloud, machine learning, and search, as well as in new products and services. In addition, its capital expenditures have grown over the last several years. Google expects this trend to continue in the long term as it invests heavily in land and buildings for data centers and offices, and information technology infrastructure, which includes servers and network equipment.

A key part of Google's strategy is to deepen, enhance, and further the integration of its Google Cloud Platform. It also focused on continually improving the quality and applicability of its voice and translation services, strengthening security, rolling out machine-learning and natural language processing, and enhancing its G Suite of communication tools (Gmail, Docs, Drive, Calendar, and Hangouts). Its Chrome Enterprise is an integrated back-end solution that provides the tools needed to run a business.

Meanwhile, as consumers increasingly use smart phones to access the internet, more people are looking at Google's ads more often. However, the company's growth — while still positive — may be showing signs of a slowdown. Mobile ad views have increased substantially, but these ads cost less than ads viewed on desktop computers, so the price Google can command for mobile ads is less.

Despite massive and rapid growth (or, perhaps, because of it), Google faces its fair share of challenges. Critics of the company have alleged it engages in anti-competitive practices, privacy violations, and data leaks, among other transgressions. Another concern for the company is rising costs. Google is spending more to acquire content for YouTube, market new hardware products, and build new data centers.

Google struck a deal to acquire wearable fitness products company Fitbit late in 2019 for about $2.1 billion. Buying Fitbit supports Google's efforts to expand its hardware offerings while positioning it to compete against Apple and Samsung Electronics in the growing smartwatch space.

Google bought CloudSimple, a software firm that helps run computing workloads based on VMware's virtualization technology, in 2019. Terms were not disclosed. The acquisition makes it easier for Google cloud customers to use VMware software.

That same year, Google agreed to buy Looker, a developer of software for analyzing big data, for $2.4 billion in cash. Looker would become part of the Google Cloud unit, providing the unit's customers with business intelligence. Google also agreed to acquire Alooma, a company that helps companies move data from multiple locations to one data warehouse, to accelerate growth of its cloud operations. In Google's case that single data warehouse would be its Google Cloud service.

Google is the product of two computer science grad students, Sergey Brin and Larry Page, who met in 1995 at Stanford University where they studied methods of searching and organizing large datasets. They discovered a formula to rank the order of random search results by relevancy, and in 1997 they adopted the name Google to their findings. In 1998 the two presented their discovery at the World Wide Web Conference, and by 1999 they had raised almost $30 million in funding from private investors, venture capital firms, and Stanford University. Later that year the Google site was launched.

In 2014 the once highly secretive company went public in one of the most anticipated IPOs ever, raising $1.6 billion. Alphabet was launched the following as the holding company for Google and other subsidiaries. The corporate restructure was designed to provide some separation between Google's core search business and its increasingly diverse side projects. Alphabet replaced Google as the publicly-traded entity.