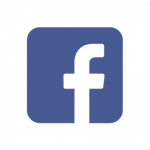 Long hours and a lot of overtime

There's a reason Facebook appears on the top of so many career fantasy wish lists: they're a great employer that only take the cream of the crop.

Facebook is the face of social media, for good and bad. The social networking juggernaut, which continues to grow even as it struggles with public relations issues related to privacy, security, and fake news, lets users share information, post photos and videos, play games, and otherwise connect with one another online. The site, which allows outside developers to build apps that integrate with Facebook, boasts 2.5 billion monthly active users. In addition to its namesake platform, Facebook owns photo and video sharing site Instagram, messaging applications Messenger and WhatsApp, and virtual reality platform Oculus. The company generates revenue through advertising; approximately 55% of total sales accounts outside the US.

In a move that emphasizes the growing importance of the products and services it offers beyond its core platform, the company has said it will stop sharing user numbers for each individual service (Facebook, Instagram, WhatsApp, and Facebook Messenger) and instead provide one combined figure for all of its apps.

Beyond its core offerings, the company has investments in longer-term technology initiatives such as artificial intelligence, augmented and virtual reality, and connectivity efforts.

Global in its reach, the Menlo Park, California-based Facebook generates about 55% of its revenue from outside of the US. The majority of its international business comes from customers located in Western Europe, Australia, Brazil, Canada, and China.

The company has approximately 70 offices and 15 data center facilities located all over the world.

Advertising accounts for nearly all of Facebook's revenue. The company uses a global sales force to attract and retain advertisers. It also serves advertising customers through a self-service ad platform.

Facebook has experienced exponential growth over the past few years, enabling it to dominate the social networking world as the most trafficked site of its kind in the US. Its revenue grew from nearly $17.9 billion in 2015 to more than $70.7 billion in 2019 while its net income grew from $2.9 billion to $22.1 billion. Despite record-breaking business, the company cannot rest on its laurels.

Net income decreased by 16% from $22.1 billion in 2018 to $18.5 billion in 2019 on the jump in cost and expense. (The prior year profits rose 39%.) Operating expenses consists primarily of expenses associated with the delivery and distribution of their products.

In 2019, the company continued to focus on its main revenue growth priorities: helping marketers use its products to connect with consumers where the company is and (ii) making marketers' ads more relevant and effective.

Facebook was launched in 2004 by Harvard student Mark Zuckerberg as an online version of the Harvard Facebook. The name comes from books of freshmen's faces, majors, and hometowns that are distributed to students.

In 2012 Facebook began publicly trading after filing one of the largest IPOs in US history.