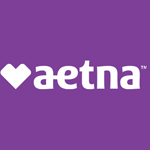 Aetna is one of the largest health insurers in the US. The company offers HMO, PPO, point of service (POS), traditional indemnity, and consumer-directed coverage, along with dental, vision, behavioral health, and Medicare and Medicaid plans, to about 39 million individuals. Aetna also provides expatriate insurance through Aetna International. The firm manages retirement savings products and long-term care insurance on a runoff basis. Retail pharmacy giant CVS acquired Aetna for nearly $70 billion in late 2018.

Aetna offers commercial health plans nationwide, with a care network encompassing about 1.2 million health care professionals including over 700,000 physicians and more than 5,700 hospitals. The company also provides Medicare Advantage health plans in over 50 states including Washington, DC and more than 1,400 countries; Medicaid Supplement plans in over 50 states plus Washington, DC; and Medicaid services in more than 15 states.

The company is headquartered in Hartford, Connecticut. It also has various field locations throughout the US and in several foreign countries.

CVS acquired Aetna in late 2018 in what has been seen as a defensive move to fend off potential pharmaceutical competitor Amazon and other players by gaining more leverage in negotiations for drug prices. The deal allows the combined companies to establish a new health care model to drive down costs and improve care.

The company is also working to shift more risk and decision-making responsibility onto patients. For instance, its HealthFund consumer-directed offerings combine high-deductible plans with medical expense funds (such as HSAs). It is also adding digital health tools that allow customers to better monitor conditions.

In 2019 it widened its Medicare offerings into more than 1,400 new counties and over 5 new states. On the other hand, the company ended its participation in Affordable Care Act individual insurance exchanges in 2018 (due to poor market conditions) and sold its Medicare Part D prescription drug coverage unit to WellCare (to quell concerns around its acquisition by CVS).

Hartford, Connecticut, businessman and judge Eliphalet Bulkeley and a group of his colleagues formed Aetna Life Insurance to sell annuities in 1853 as a spinoff of Aetna Fire Insurance. The company began offering life insurance policies in the 1860s.

Eliphalet's son, Morgan, became president in 1879. Aetna moved into accident (1891), health (1899), workers' compensation (1902), and auto and other property insurance (1907) during his 43-year tenure. After WWII the firm expanded into group life, health, and accident insurance. In 1967 it reorganized into holding company Aetna Life and Casualty.

The company exited the bulk of its property/casualty operations in the 1990s and focused on growing its health insurance operations over the coming decades through acquisitions and organic measures.